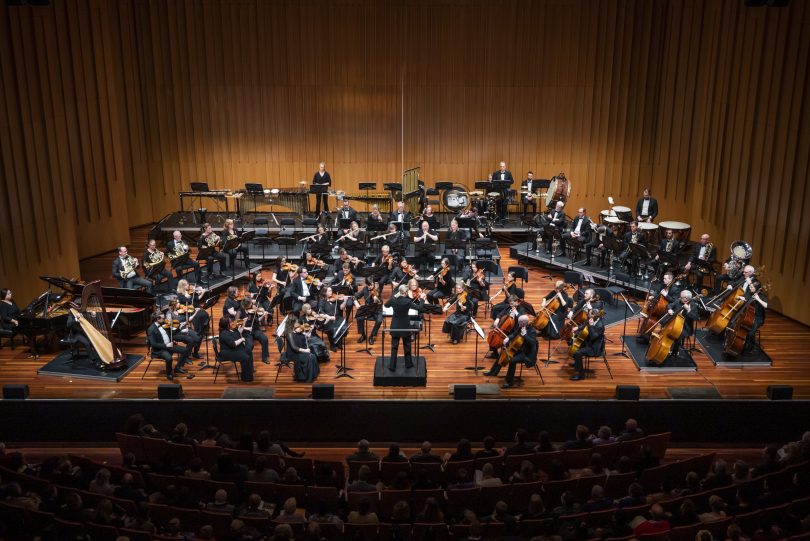 The Canberra Symphony Orchestra has been forced to cancel its September performances, including its flagship Llewellyn Hall concert, due to the COVID-19 lockdown.

This includes Chamber Classics: Old Friends on 5 September, Llewellyn Three: Celestial Visions on 15 and 16 September and Jayson Gillham in Recital on 19 September.

A CSO spokesperson said the organisation had been closely monitoring government updates and reviewing the implications of the ACT lockdown for upcoming concerts, and had decided to put the health and safety of musicians, staff and audiences first.

The news comes after Chief Minister Andrew Barr said on Wednesday (25 August) that there could be no early end to the lockdown, which still has just under week to go, while active case numbers were so high and still rising.

“This is a difficult decision we have not made lightly,” the CSO spokesperson said.

“Having considered a range of factors and contingencies, we do not believe these concerts can viably go ahead.

“The health and safety of musicians, staff and audiences is the first priority.”

The CSO spokesperson said that while the cancellations were incredibly disappointing, “we remain optimistic and hopeful about later concerts and the exciting 2022 season we are soon to unveil”.

The decision is a bitter blow to the CSO and music lovers who lost most of last year’s season due to the pandemic.

Ticket holders have been contacted directly about refunds and tax-deductible donations.

But the CSO has extended its deadline for applications to the Canberra Symphony Youth Chamber Orchestra (CSYCO), a new performance enrichment program for musicians aged 14–19 who have reached an advanced level on their instruments.

CSYCO will focus on unconducted performances for a smaller group of players of about 15 to 20 musicians.

The CSO says CSYCO is an opportunity for dedicated young musicians to extend their instrumental and ensemble skills in a supportive, like-minded peer group.

Participants will also be able to take workshops and masterclasses with CSO Chief Conductor and Artistic Director Jessica Cottis and CSO guest artists.

The minimum instrument level is AMEB Grade 7 or equivalent.

The first intake will be open to string players – violin, viola, cello and double bass. Auditions have also been deferred until late November.

Expressions of interest for other instruments are welcome via kingsland.program@cso.org.au and will be considered as the CSO reviews the pilot program in 2022.