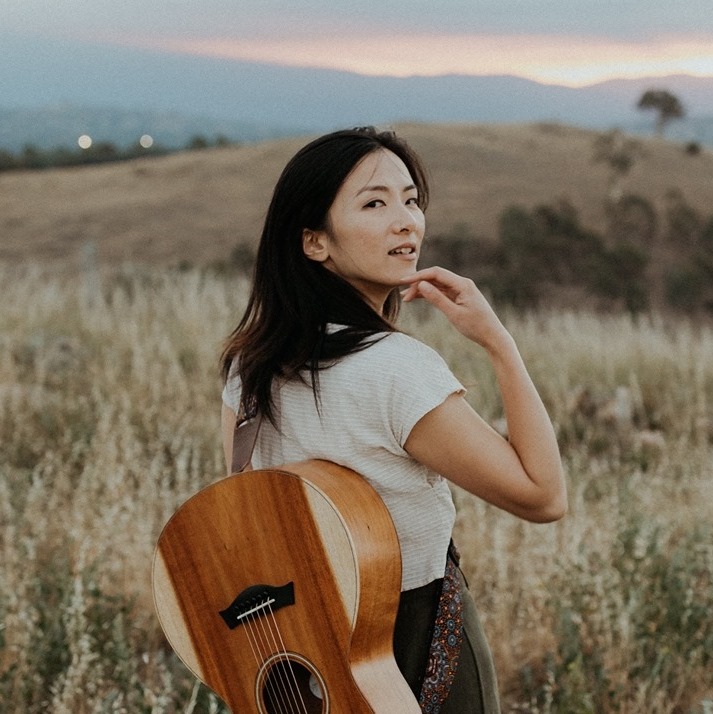 Kim Yang sets the scene on ‘Fantasy’ with a field recording of birds. It places her strongly in the moment and speaks to the distance that separates her from her Taiwanese family. The long-held cello notes from Tabitha Heart and sparse percussion from Naomi Smith only enhance the feeling of longing. The presence too of Jonah Myers on keys and production from Guy Lilleyman creates this underlying sense of warmth and strength. It all points to the community Kim Yang is forging here in Canberra around her unflinching, tender songwriting. 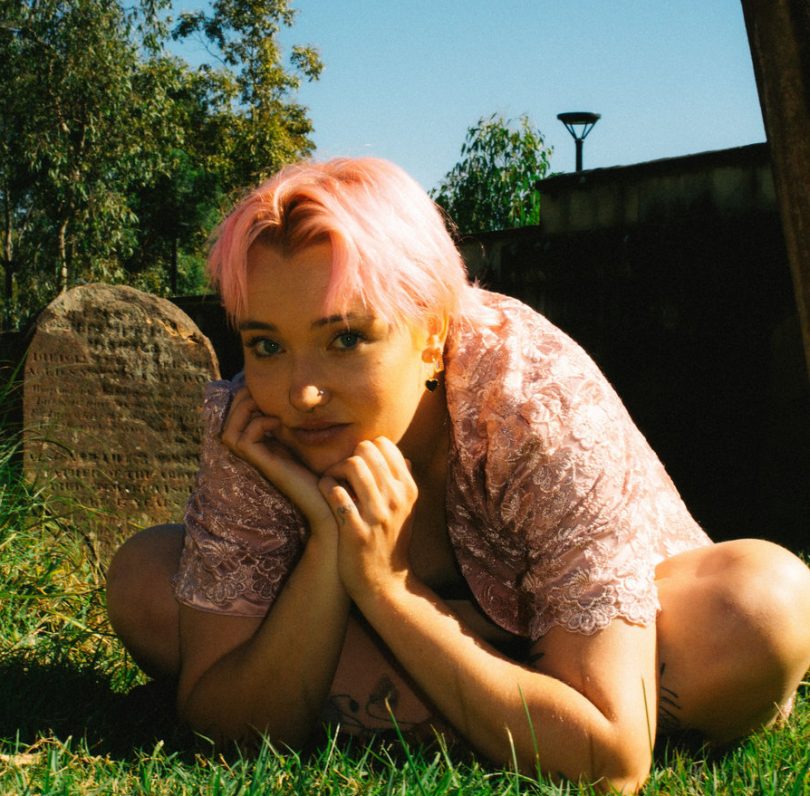 Singer-songwriter-producer Flik’s debut perfectly captures a sense of inertia. Even if it comes from a place of frustration, listening to ‘Bloodbath’ acts as a reminder that these feelings, conflicting and exhausting as they are, are normal and temporary.

“But I’ve got all these big dreams and grand schemes / I wanna do everything but I don’t do anything / I don’t do anything at all,” sings Flik as her voice floats gently above and around a programmed drum beat and unplaceable percussion. The very fact that ‘Bloodbath’ exists is inspiration enough to overcome and accept stagnation in ourselves. 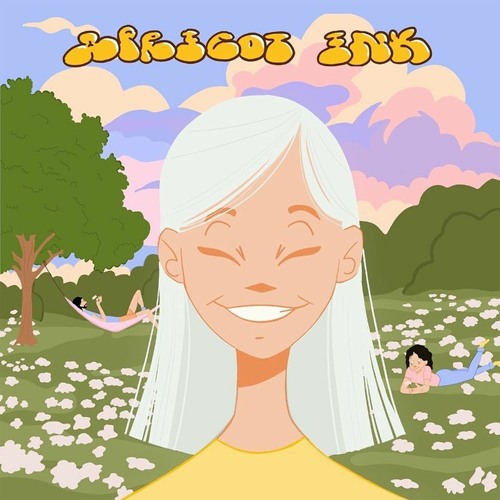 Apricot Ink makes music that feels as far away as possible from a Canberra winter. Image: supplied.

There are two facts about summer music festivals that are universally known to be true: the sunset timeslot is highly coveted, and there’s always a big hill. ‘Make Believe’ is the closest analogue you’ll find to being back on that hill watching that sunset and waiting for your favourite artists to come on stage. It’s all about allowing yourself to be lost in the moment. Hazy synths, summery guitars, and carefully layered “Hmmmmms” take this song to a cozy place that you just want to stay in forever. 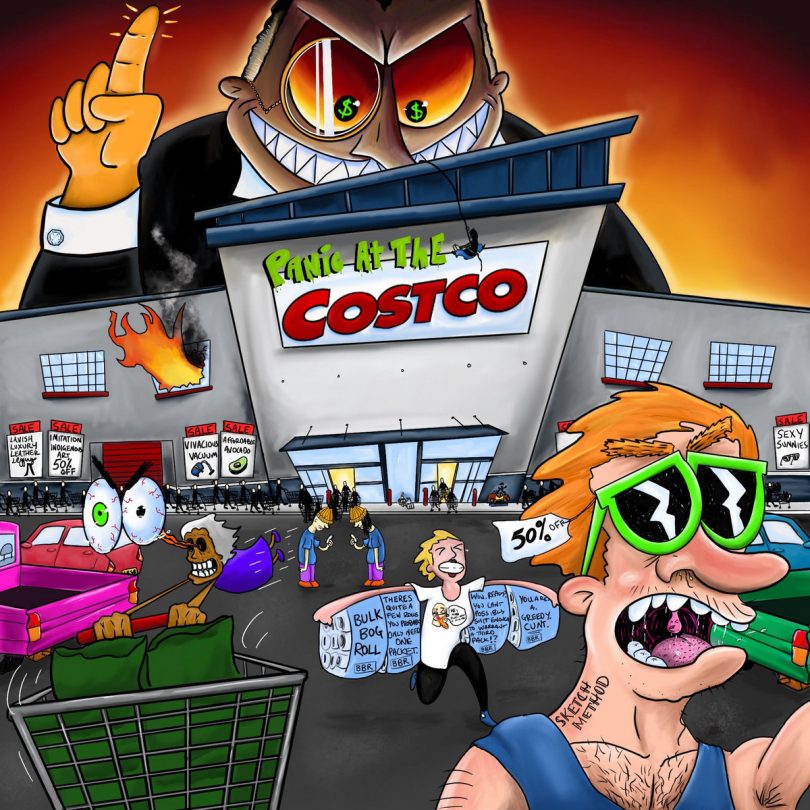 Sketch Method – ‘Panic! At The Costco’

In true Sketch Method style, the music of their latest single belongs on a Tony Hawk Pro Skater soundtrack while its lyrics belong at a poetry reading. The thunderous punk trio has a knack for hiding densely layered imagery and meaning behind million-miles-an-hour drum beats and thrashing guitars. ‘Panic! At The Costco’ is no different, offering discourse on consumerism, nationalism, and the scornful view that will be taken to our time in history. Sketch Method have long since established their reputation as Canberra’s most raucous punk band. Now they might just be the cleverest as well. 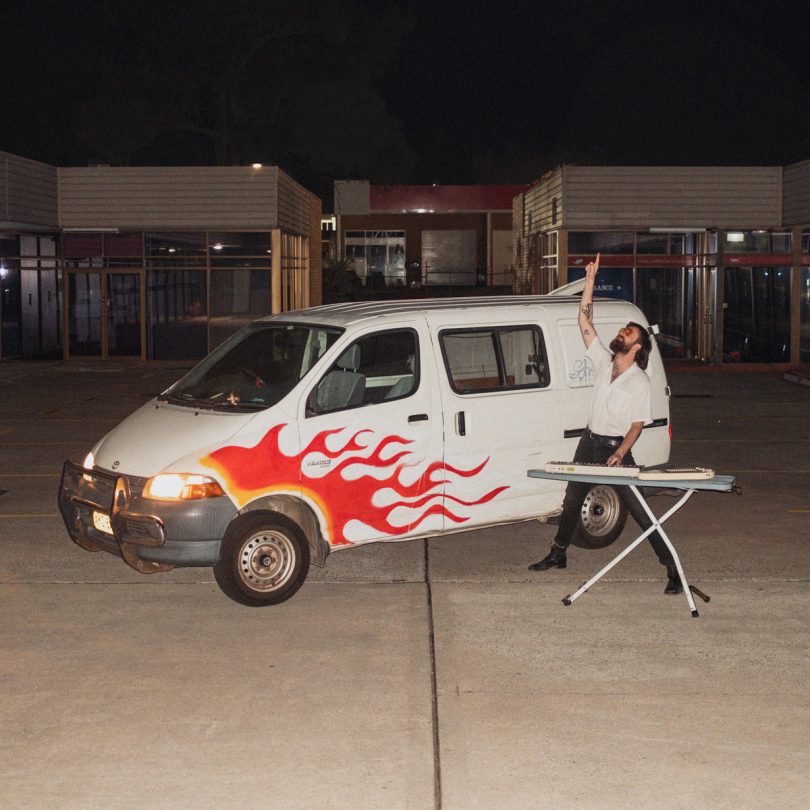 Life is a highway for Jim Dusty on ‘Aces Hi’. Image: supplied.

‘Aces Hi’ starts and ends with the jangle of keys in the ignition of a flame-emblazoned white van – hero of a hundred Hume Highway adventures and a thousand Verity Lane reverse parallels. Immaculate production from dual Melbourne/Canberra citizen Ashleigh Hazel mixes beautifully with the sounds of keyboards salvaged from the tip and an organ line that will be sung for generations to come. It’s an anthemic ode to the vehicles, physical and narrative, that pick us up and take us to our destinations. If life is all about the journey, this is the soundtrack.

For the less respectable among the older brigade here (I’ve noticed a few others), there’s a timely treat to be had by looking up Toyah and Robert’s Sunday Lockdown Lunch.

I bought a “lockdown” takeaway curry a few days ago. I’m now looking through my collection of karaoke CDs for an appropriate song to describe the outcome. So far, Johnny Cash’s “Ring of Fire” seems to fit the bill.

How about you seek out / advertise for a Canberra song that isn’t pop-music oriented?
There must be a high number of Ken Behrens who aren’t big into pop-culture.

Do earplugs come with CD?

Here’s a song for Aussie!

By the VERY LATE Spike Milligan

Arleen Stark - 50 minutes ago
That is all very well Ian, but a branch does not have to be dead to fall. We have had 3 huge branches fall in the last 2 year... View
Colleen Whichelo - 2 hours ago
The trees need to be in the bush where they belong & where no humans reside. Bloody gum trees are the worst most dangerous of... View
Ulrich Belcher - 10 hours ago
Took a full 3 years to have a council tree inspected after I lidged the job and chased it up many times, even though it was a... View
News 240