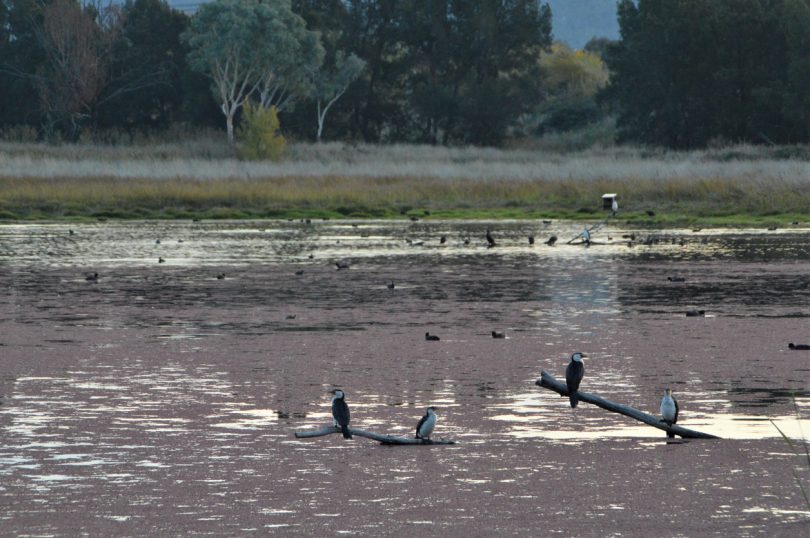 The Jerrabomberra Wetlands (pictured above) achieved a ‘fair’ result in the 2018 annual report but three ACT waterways were rated ‘poor’. Photo by Glynis Quinlan

Dry weather is taking a toll on the ACT’s waterways with an annual report card showing a decline in health of about 10 per cent last year compared to the previous year.

Among the waterways to be worst affected were a Lyneham wetland, two dams on Cooleman Ridge and a Lake Tuggeranong wetland which were all rated ‘poor’ or ‘D+’ in the report for 2018 – each dropping from a ‘fair’ or ‘C’ in 2017.

“While the results were reasonably positive, the 2018 scores declined around 10 per cent from 2017 due to the driest autumn since 2004 and the driest winter since 1994 for the ACT region,” Mr Gentleman said.

“This underscores the negative impacts of climate change and the importance of building resilience into waterways and their surrounding catchments.”

The 2018 report contains an impressive 2,493 water quality, water bug and riverbank vegetation assessments conducted by Waterwatch volunteers at over 230 sites across the ACT region in the past year.

Now in its fourth year, the report analyses data along various stretches of waterway known as ‘reaches’ and produces individual report cards.

Mr Gentleman expressed his thanks to more than 200 Waterwatch volunteers who had undertaken the work.

“We’ve been hearing from volunteers who have been monitoring for more than ten years that they’ve never seen their sites so dry,” Mr Gentleman said. 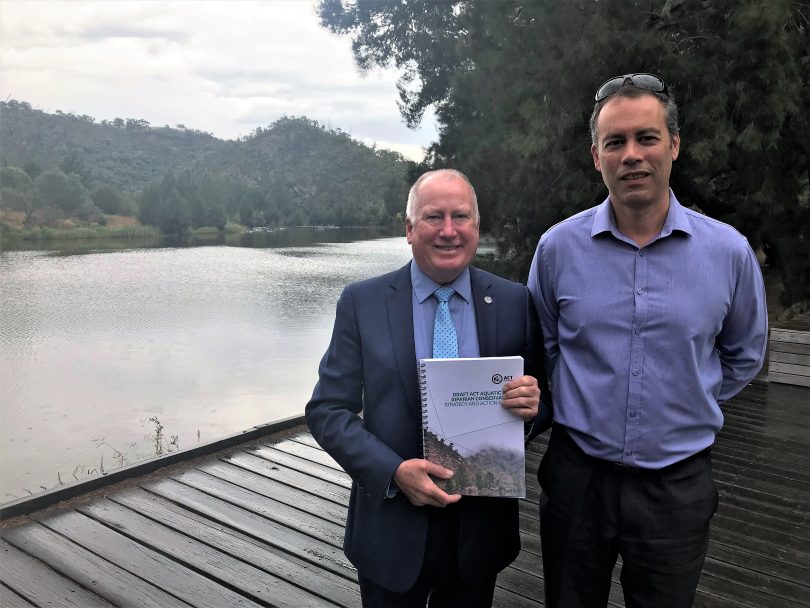 “Waterways in our upland reserves such as Bogong Creek and the Cotter River were found to have the best health,” the report stated.

“Urban wetlands and adjacent streams such as Lyneham Wetland and parts of the Tuggeranong catchment fared the worst.

“Given the stress our aquatic systems have demonstrated during 2018, it is more important than ever for us to build resilience into waterways and their surrounding catchments.”

The Lyneham wetland which received a ‘poor’ result is located off Wattle Street and overflows into Sullivans Creek. The report found that phosphorus levels had deteriorated significantly at the wetlands with more than half of the measurements falling into the ‘degraded’ category. Water bugs also indicated ‘degraded’ conditions.

The two Cooleman Ridge dams which received a ‘poor’ report are the Kathner Street Dam and the Old Dam on the eastern slopes of the ridge. Cattle and feral pig activity had a negative impact on both dams and phosphorus levels were at ‘degraded’ levels. Access to the ‘Old Dam’ was through deep sticky mud, with any water left being a sickly green colour.

The other waterway to receive a ‘poor’ result was the Lake Tuggeranong wetlands between the Drakeford Drive weir and the South Quay footbridge weir. These wetlands had “concerning levels of turbidity” due to construction upstream as well as an ‘oily film’ on the water in January, alarmingly low dissolved oxygen levels in April and a big spike in nutrient loads in October.

Waterwatch is supported by $2 million over five years from the ACT Healthy Waterways program and also receives funding through Icon Water.

Mr Gentleman said ACT Healthy Waterways is a joint ACT and Commonwealth initiative aimed at improving water quality and increasing the amount of plants both in the water and along the edges of the ACT’s rivers and wetlands.

“Our ACT Environment Grants are also now open and available for community groups to help improve the condition of our waterways,” he said.

Lake Tuggeranong is unbelievably bad at the moment, I could actually smell it inside my car whilst driving on Athlonn Dr. Stop providing a few window dressing solutions and put in some large aeration fountains or effective cleaning of water inlets.