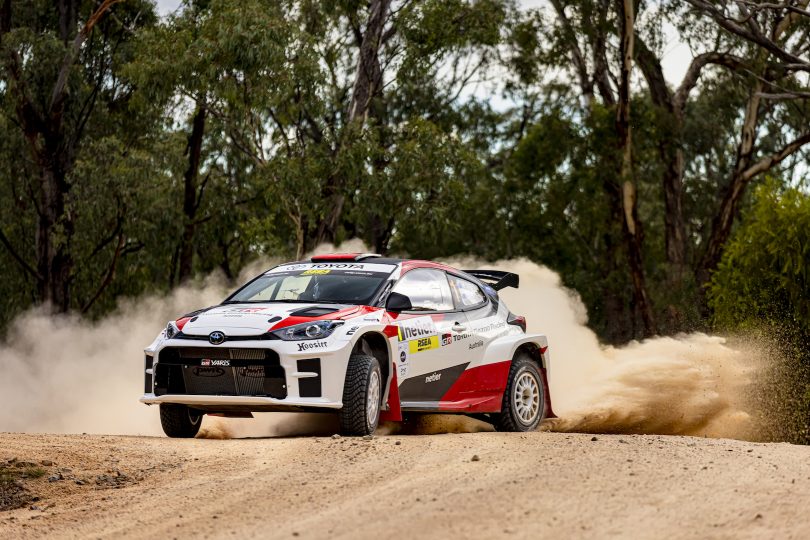 Harry Bates has been denied the 2021 Australian Rally Championship title due to the cancelled final round. Photo: Jack Martin Photography.

Canberra driver Harry Bates should have three Australian Rally Championship titles under his belt to sit just one championship behind his father, Neal, who won four titles from 1993 to 2008.

But luck has been against Harry, and the past couple of years have been anything but normal with a combination of COVID-19 restrictions and torrential rain creating havoc with rallying in Australia.

He was leading the Australian Rally Championship by 55 points heading into the final round in Bombala on the weekend of 11-12 December, 2021, and only needed to finish in the top 10 to secure his second title, after claiming his first in 2019. But torrential rain forced the cancellation of the event.

Harry had won the two rounds that were possible to run in 2021 – in Canberra and Queensland – in a series impacted by COVID-19 restrictions, but unfortunately the rules stipulate that for a title to be awarded, three rounds must be completed.

It was the same situation for Harry in 2020, when he led the Australian Rally Championship but was thwarted by the three-round rule.

So for the second year in a row, Harry was presented with a trophy of sorts but not the Australian rally title. 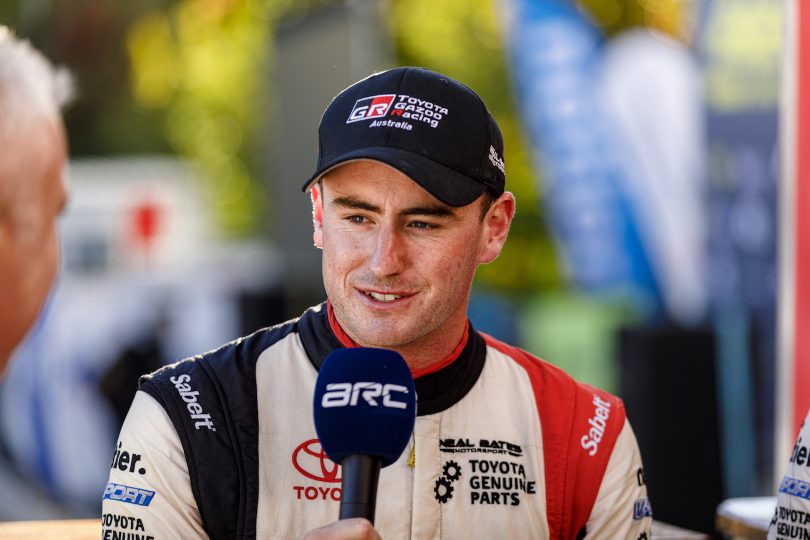 “I was presented with a cup for the second year in a row, but it doesn’t constitute the title,” says Harry.

He has been the dominant driver for three years, and his Australian Rally Championship title in 2019, at 24 years of age, made him the youngest ever to win it.

Harry has led his team to victory in every round since the beginning of 2019 – that’s eight rounds without a loss.

Together with co-driver John McCarthy, they were the dominant team in 2021 by a country mile.

They were scheduled to compete in a round of the Asia Pacific Rally Championship in Coffs Harbour in November, but that event was cancelled because COVID-19 prevented a number of international teams from competing.

Frustration probably doesn’t begin to describe how Harry is feeling at the moment, but rather than dwell on a situation totally out of his control, the focus is very much on the long goal.

However, the World Rally Championship presents possibly another challenge.

“Going overseas is in the back of my mind, but the biggest issue is money,” says Harry.

“Toyota has been a great supporter of our Australian campaign, but competing overseas is much bigger. Our focus remains on the Australian Rally Championship.”

As Harry contemplates another season of what might have been, he is dealing with the disappointment in a manner that belies his age – an indication he can deal with setbacks as well as success.