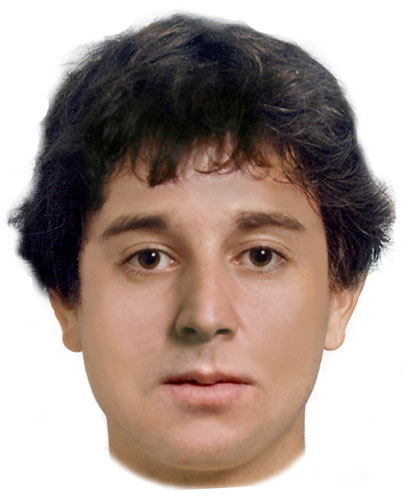 ACT Policing has issued a facefit image of a young man who may be able to provide important information into the circumstances surrounding the death of a 68-year-old man at Lake Tuggeranong on Thursday (December 6).

Around 12.55pm police were called to the shore of the lake near Soward Way after a member of the public saw a person unconscious in the water.

A 68-year-old man was recovered from the lake by ACT Fire and Rescue and was transported to The Canberra Hospital by ACT Ambulance Service. He later died in hospital.

A witness saw a young man running under the Soward Way Bridge around the time the deceased man was thought to have entered the lake.

He ran past her car and up towards the stairs onto Soward Way.

The young man depicted in the facefit is described as Caucasian in appearance, aged in his late teens, approximately 165cm (5’7”) tall, with short messy dark-coloured hair. He was wearing a peach-coloured top, dark-coloured shoes and black shorts.

Police are asking this person to come forward as he may have been the last person to see the deceased prior to the incident.

Anyone who recognises the young man depicted in the facefit, or anyone who has information which may assist police with their investigation is asked to contact Crime Stoppers on 1800 333 000, or via the website at www.act.crimestoppers.com.au.

Slobodan Paunovic - 8 hours ago
Michael Cameron POLETITIONS AND experiments by scientist is killing people and it will destroy the world soon.. View
Brooke Jane Good-oloughlin - 12 hours ago
Jean Davies super healthy but my standards are to high to be a poster girl. Thanks though! View
Malcolm Campbell - 14 hours ago
Bill McIntyre the science of climate change is not settled or there would be no debate. The climate is changing as it has and... View
News 11

Elizabeth Mulholland Porritt - 8 hours ago
The pilot should be well aware of the static risk of landing his aircraft! Known issue, not something isolated to this aircra... View
Opinion 7

Patricia Bourke - 9 hours ago
It’s disgusting. We have the money that just on things like Corman to fly around the world I know that’s federal but the... View
Fergus Thomson - 1 day ago
Bek Clark I dunno about that, but after a series of operations, nurses are my heroes - I couldn't do what they do daily (incl... View
Property 5

steveu - 21 hours ago
Rego is a small part of the charge we get each year - most of it is insurance. View
News 3

Family in mourning after Lake Conjola drowning on Christmas Day

Why does Lake Tuggeranong smell and look so foul?

@The_RiotACT @The_RiotACT
Vincent van Gogh's famous Sunflowers painting will appear during an exclusive Canberra season at the National Gallery of Australia next year https://t.co/pFAYE64Apg (8 hours ago)

@The_RiotACT @The_RiotACT
Buy local and help your community's small businesses this Christmas, says a campaign urging us to Go Local First with our shopping dollars https://t.co/yRiIDzs8r3 (9 hours ago)

@The_RiotACT @The_RiotACT
On the oldest continuously farmed property in the ACT, the future is in the hands of a new generation. We find out what that future looks like https://t.co/9rPPFx6TVE (11 hours ago)