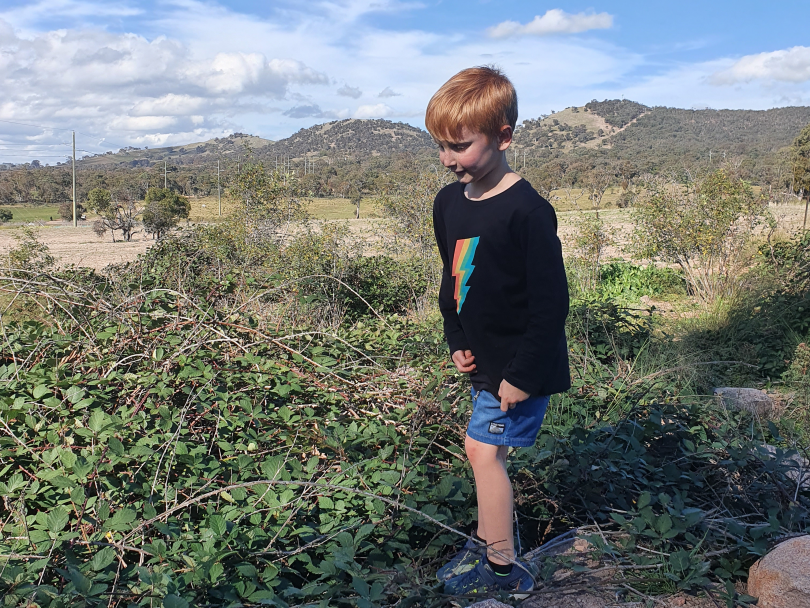 They don’t have to work in the cover of darkness, but there is definitely something just a little bit secretive about the behaviours of Canberra’s urban foragers.

Local forager Eva Baguley explains that urban foraging is all about taking only what you need and leaving enough for others.

There are also a couple of unwritten rules. Anything hanging over a fence is up for grabs, but it’s not there for you to completely strip bare.

“The idea is that if you didn’t pick anything, it would just be left to rot on the floor,” says Eva.

She generally forages around her suburb – which she prefers not to mention – with her eight-year-old son, Orion, and finds everything from peaches and blackberries, to apples, apricots and plums.

Everything she forages gets used, whether in blackberry puddings, peach cobblers or jams. 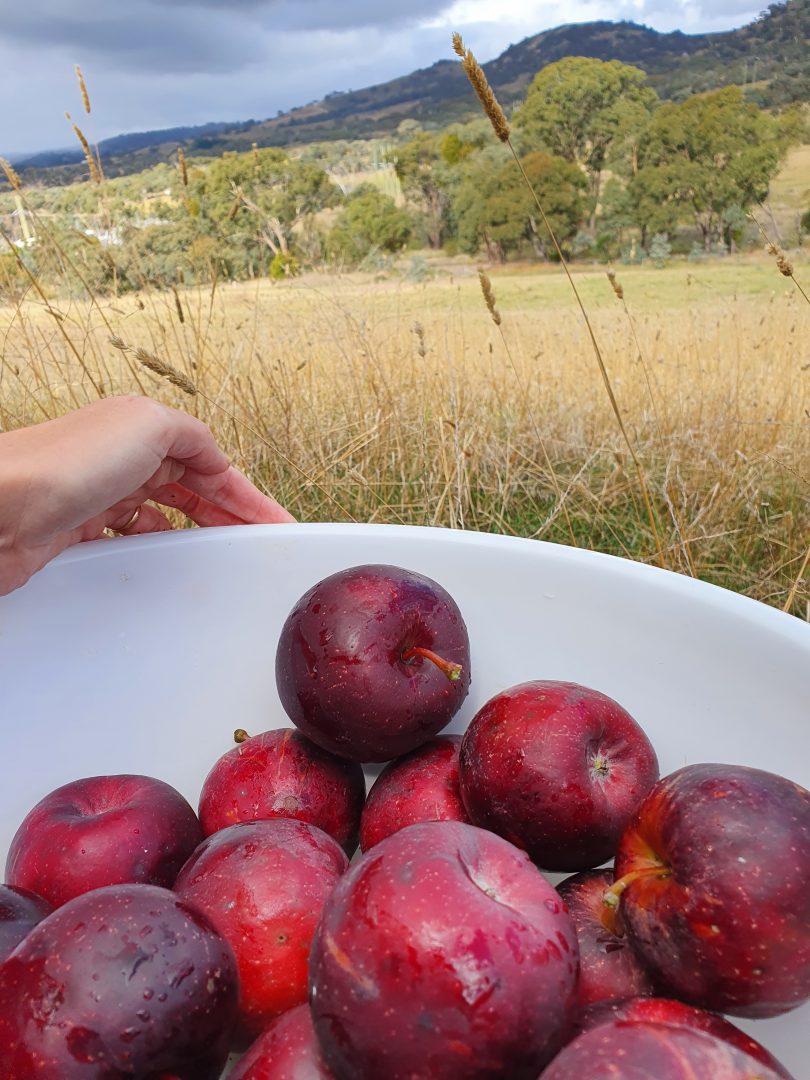 Growing up, Eva heard tales about her grandmother, Oma, who foraged around forests in Germany after World War II when money was tight and the family needed to be fed.

Having moved to Canberra from Melbourne three years ago, Eva says she’s made use of having more time to go for walks, and says there is a lot to find if you keep your eyes open.

“Most of us drive or walk past food that could be foraged every day without realising,” she says. “It’s just about keeping your eyes peeled all year round.

“In spring, I might see trees flowering and make a mental note of their location so I can come back to them in autumn.”

Eva says that while she sticks to foraging for introduced species, she and Orion recently undertook a native plant workshop with Aaron Chatfield of Dreamtime Connections.

That’s not to say foragers don’t have to be careful. Eva says she avoids mushrooms given there are death caps in the ACT.

“There’s the saying that all mushrooms are edible – some of them only once,” she laughs.

READ ALSO: You have to see to believe 12-year-old Ethan’s cake creations

While there are online Facebook groups and interactive maps such as FallingFruit, Eva says some foragers are less inclined to share where they find their goodies in case too many people discover them.

Another keen local forager, Susan Hutchinson – who writes on Susan’s Sumptuous Suppers about her adventures – knows this secretive behaviour only too well.

Susan used to share all of her spots until she found someone had stripped an entire tree bare before the fruit was even ripe. Like Eva, she says it’s really all about respect and common decency.

Susan runs foraging workshops a couple of times a year with the Canberra Environment Centre, where she teaches people about the diversity of food available in nature.

She lives with a chronic disability and started foraging when she lost her job and literally couldn’t afford groceries.

“Picking greens in spring meant I had fresh foods in my diet when I otherwise couldn’t,” explains Susan.

In country lanes in Murrumbateman or on the road from Canberra to Yass she will pick wild apples, while around Canberra she finds blackberries, rosehips and fennel fronds.

Susan says foraging is empowering and a bit like getting a new pair of glasses.

“Once you start, you see food to be foraged everywhere,” she says.

Susan also thinks Canberrans should be willing to give mushroom picking a go, and says as long as you’re careful, it’s easy to distinguish between death caps and edible forms of mushrooms.

She suggests a good place to start is Adam Grubb and Annie Raser-Rowland’s The Weed Forager’s Handbook: A Guide to Edible and Medicinal Weeds in Australia (2012).

“The golden rule with foraging is that if you’re not sure, don’t eat it,” says Susan. “But in the age of Instagram there is a whole community of people online who are willing to help you identify a species.”

Various rules apply regarding foraging in the ACT. Check all relevant guidelines and licences before you start.

Pat Gagel - 6 hours ago
Maybe not. I have regularly used the service since 1992. Love it. Still the most sophisticated form of travel. Much better th... View
Marco Spaccavento - 7 hours ago
Pat Gagel I’m not a user. 3 a day also hardly justifies a new station… View
Pat Gagel - 7 hours ago
David Malcolm they aren’t a problem. Believe it or not, biggest issue is a grade crossing on a bend between Bungendore and... View
Property 22