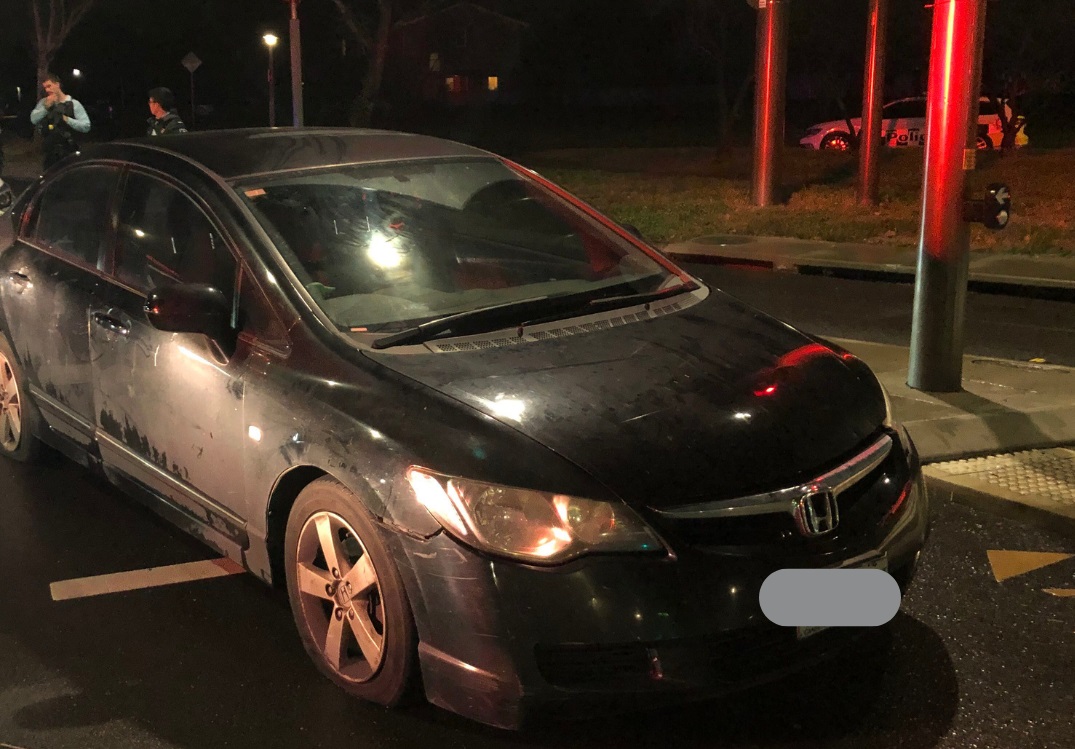 A 40-year-old man from Fisher did not apply for bail in the ACT Magistrates Court after he was accused of speeding down central Canberra’s main street at 100 km/h before getting into a fight with police, during which an officer’s leg was broken.

At about 11:10 pm, police said they saw a black Honda Civic sedan travelling at more than 100 km/h on Northbourne Avenue in Turner.

A short pursuit began but police said it was ultimately terminated due to the “erratic nature of the driving and the risk it posed to the community”.

It’s believed the car travelled briefly into NSW before returning to the ACT a short time later.

Police said the driver of the vehicle allegedly drove at officers who were on foot on three separate occasions as they tried to deploy stop sticks. The vehicle was allegedly travelling at more than 130 km/h at this time.

Soon after the vehicle’s tyres were successfully deflated and it came to a stop in the southbound lanes of Northbourne Avenue in Dickson.

At this time, it’s alleged Mr Savage fought with police trying to arrest him, with one officer suffering a broken lower leg during the alleged altercation.

When reading out his charges in court, Magistrate Lorraine Walker noted he was also accused of possessing a 25 cm serrated steel knife for the alleged purpose of threatening or carrying out “actual violence”.

She also said his alleged offences involving driving at or near police officers were done in a way that was “reckless about risking the police officer’s safety”.

His defence representative did not apply for bail.

Mr Savage’s case will return to court on 8 August for pleas.