Man caught on CCTV assaulting a woman in Civic McDonald’s 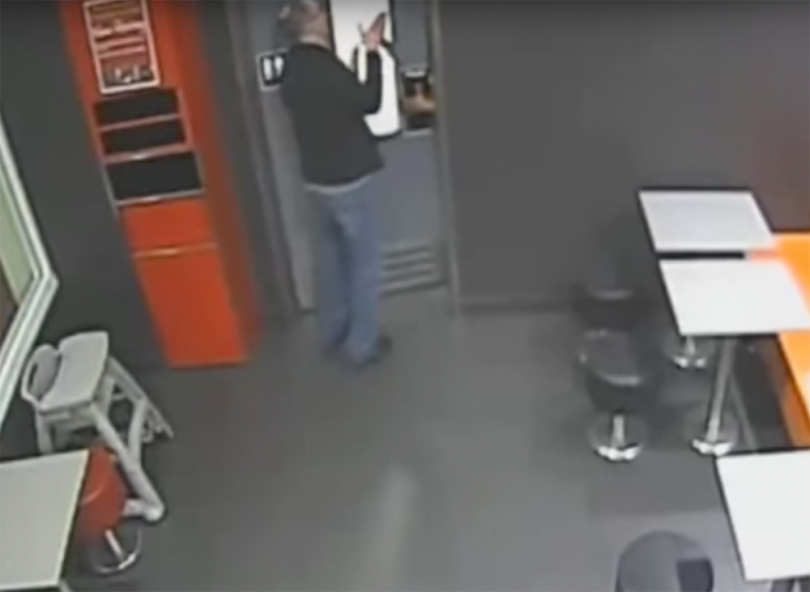 Police are seeking to identify a balding Caucasian man who was caught on CCTV allegedly assaulting a woman in the toilet area inside McDonald’s East Row in Canberra City on Saturday, November 11.

Police have released the CCTV footage (shown below) of the assault which occurred around 11:10 pm that night.

ACT Policing states that the man approached the toilet inside McDonald’s and argued with the woman who was standing inside the door. The man then forced his way through the door, pushing the woman out of his way.

The offender assaulted the woman inside the toilet area and she received head and facial injuries.

Police are asking for public help in identifying the alleged male offender who is described as being Caucasian in appearance, around 5’9” tall, of slim build with short grey balding hair and grey stubble.

The man was wearing a dark-coloured jacket, light-coloured jeans, black shoes and glasses.

Police would like to speak to anyone who witnessed the incident or who recognises the man in the CCTV footage.

They are urging anyone with information to call them on 131 444 or contact Crime Stoppers on 1800 333 000, or via the Crime Stoppers ACT website. Information can be provided anonymously but please quote reference 6187106.