Narooma teen asks – What is a Veteran? 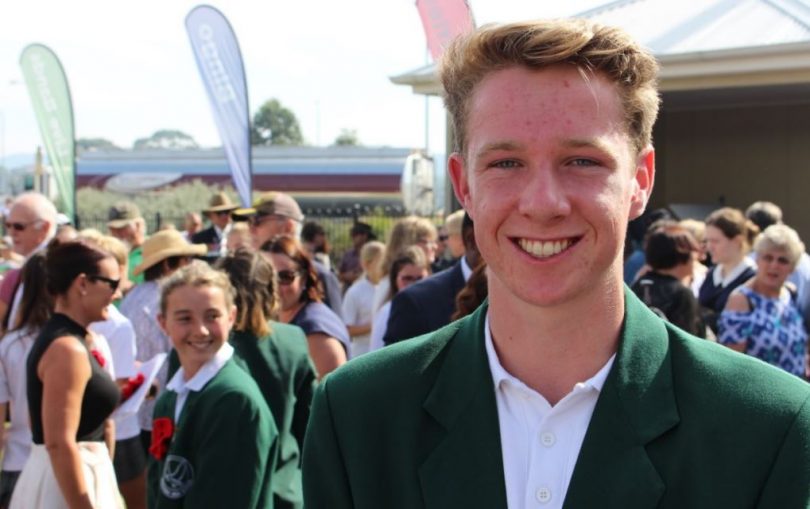 Anzac Day gathered a large crowd at the Narooma War Memorial under hot blue skies that were edged with the smoke of hazard reduction burns happening in the forests to the west.

School students played a central role, signing, laying wreaths, and offering prayers for the fallen and for peace.

Rory Spurgeon from Narooma High School drew the crowds attention, people wiped away tears as he read an Australian version of an American poem credited to Anthony Barton Hinkle which was reportedly first published in The Richmond Times on November 11, 1995.

As read by Rory Spurgeon…

What is a Veteran?

Some veterans bear visible signs of their service; a missing limb, a jagged scar, a certain look in their eye.

Others may carry the evidence inside them; a pin holding a bone together, a piece of shrapnel in the leg, or perhaps another sort of inner steel; the soul’s alloy forged in the refinery of adversity.

Except in parades, however, the men and women who have kept Australia safe wear no badge or emblem.

You can’t tell a vet just by looking. So what is a vet?

He is the cop on the beat who spent six months in Irag sweating six litres a day making sure the armoured personnel carriers didn’t run out of fuel.

He is the barroom yobo, think as a short plank, whose drunken antics were outweighed a hundred times in the cosmic scales by four hours of exquisite bravery near the East Timor border.

He or she is the nurse who fought against futility and went to sleep sobbing every night for 12 months in Bung Tow.

He is the parade riding Anzac who pins his medals on with a prosthetic hand.

He is the career quartermaster who watches the ribbons and medals pass him by.

He is one of the forgotten soldiers who afforded the one man in front in Kokoda or held back the Chinese onslaught at Kapyong.

He is the POW who went away one person and came back another or didn’t come back at all.

He is the drill instructor, who has never seen combat but has saved countless lives by turning slouchy, no account larrikins and no-hopers into diggers and teaching them the creed of mateship.

He is the Vietnam veteran sundered from a society that sent him to war, he was rejected but did not reject the call to arms by the people who would vilify him for doing his duty.

He is the anonymous warrior in the tomb of the unknown soldier whose presence at the Australian War Memorial forever preserves the memory of all the diggers whose valour dies unrecognised with them on the battlefield, in the sky, or in the ocean sunless deep.

He is the old guy bagging groceries at the store, palsied now and aggravatingly slow, who helped liberate a Nazi death camp and who wishes all day long that his wife were still alive to hold him when the nightmares come.

He is a soldier and a saviour and a sword against the darkness, he represents nothing more than the finest, most noble facets of man’s existence.

He is ordinary yet an extraordinary human being. A person who has offered his lives most vital years in service to his country and has sacrificed his tomorrow for your today.

So remember, this Anzac Day when you see the lined and weary face of a digger reliving those lost mates in a faraway land or trying to make sense of the horrors no person should endure, just lean over and say Thank You.

Let them know that you have not forgotten, for those who are left this simple fact will be enough. 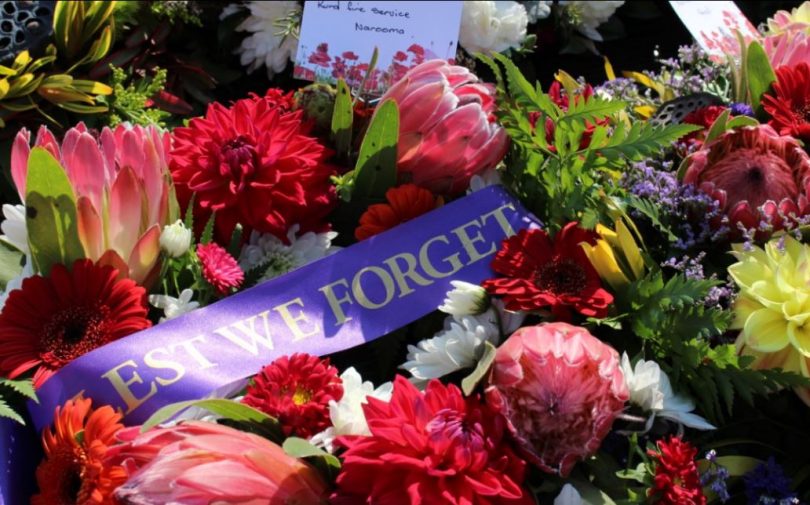 Dozens of wreaths were laid to remember those who have served. Photo: Ian Campbell.

Prime example that there is great hope for the leaders of tomorrow - such understanding and empathy! Well done.....

Kriso Hadskini - 2 hours ago
If they would just let go of the 1990's living in the U.K rule my husband and I would regularly donate. View
Opinion 37

Brent Carlisle - 17 hours ago
I was shearing in the 1980’s and we where talking about how bad the conditions where then and nothing has really changed. View
James Tartarus-Gibson - 18 hours ago
Patrick Honeysett you and I will get a kick out of this 🤣 View
Property 15

The beating heart of the ANZAC tradition

@The_RiotACT @The_RiotACT
The sale of NFF House for $7.7 million reflects the high demand for quality commercial properties, especially in the Parliamentary Triangle https://t.co/C8vWUd1szQ (55 minutes ago)

@The_RiotACT @The_RiotACT
The ACT is expanding vaccine storage facilities at the Canberra Hospital in preparation for the arrival of the Pfizer COVID-19 vaccine https://t.co/GdyfQLw7tE (1 hour ago)