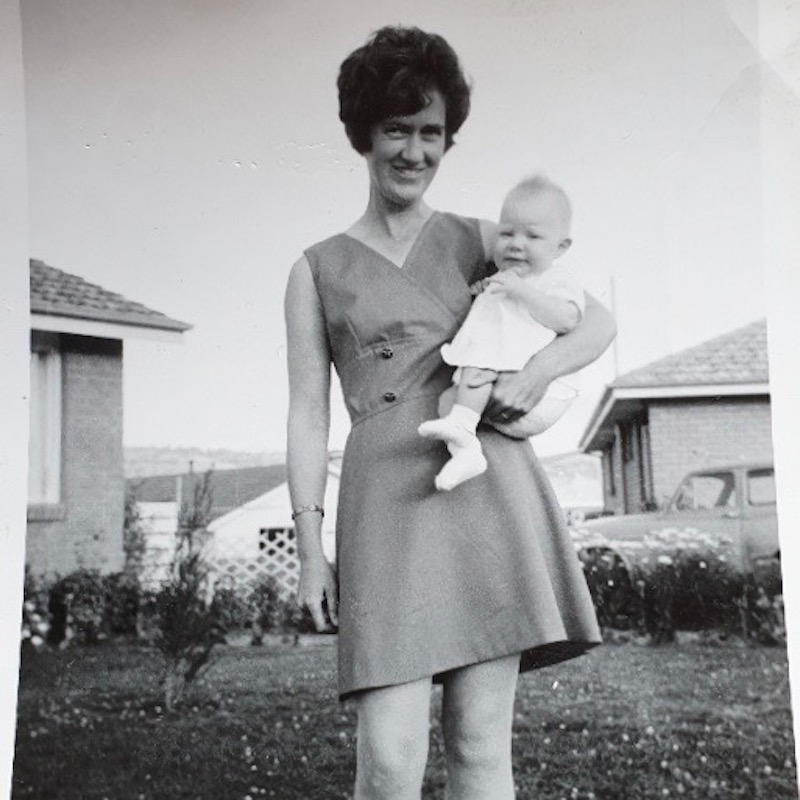 In the outlying suburbs of Lyons and Chifley in 1966 a strange thing happened to 31-year-old Maisie Griffiths.

Loneliness overcame most new arrivals like her, at home looking after her sons Paul, 4, and Simon, 2, while her husband went off to work with Defence. But not Maisie. “I met more people in six months than I had in all my time in London,” she says.

In Australia temporarily for three years, the family did not sell their home in Surrey, expecting to return home. But when the time came to leave, they remained in Canberra.

Loneliness was rife. Maisie found herself surrounded by strangers and paddocks full of sheep. “You had just arrived in a new city, and not everyone found it easy to get out and meet people. They had little children trailing along with them, and many of them had left their family support behind,” Maisie says.

Outgoing people like her met to form Woden Community Service in 1969. Ten people attended their first meeting. Later, three made their home telephones available for a referral and counselling service. Others reached out to young married people and provided babysitting services and playgroups.

Maisie had her own transport and travelled to Manuka for the weekly grocery shop. She drove others to medical appointments, or to their children’s play groups. Born in Buckinghamshire, Maisie had qualified as a special education teacher, but could not join the workforce in Canberra. “It was a different world back then, it was never questioned, the women stayed home looking after the children,’’ she says.

Two days a week at Woden Community Service she ran the Nearly New clothing store at Torrens Community Hall, buying and selling children’s clothes. Much of it was donated. “The Italian and French embassies donated beautiful clothes,” Maisie says. “We didn’t make much money which didn’t matter, the main reason was to get people to come into the office.”

They moved to the Lollipop shop in Corinna Street, Lyons, where she continued her work.

By June 1970, senior citizens were attending regular morning coffee meetings. A “New Mum” visiting team formed. Meanwhile, the phone service was hitting its straps. From June 1970 to June 1971 they fielded 153 calls, which led to 102 visits helping new mothers with access to services and transport. As WCS developed, psychologists and social workers were enlisted.

Warmth seeped into the loneliest souls of Woden as growing numbers of volunteers shared information with newcomers and made friends over a cup of tea. Children were driven to pre-schools and day care, sick people to hospital and old people to morning tea or an uplifting day’s shopping in town.

Maisie also had a daughter, Sarah, and moved to Farrer, and later to Holder, where she grew to love walking her dogs in the pine forest until the 2003 firestorm destroyed it. Now she looks out at Molonglo’s housing density and misses the forest.

Elderly founding members of WCS have passed away or moved on, but the service is busier than ever. Today it has almost 400 paid employees and 100 volunteers. 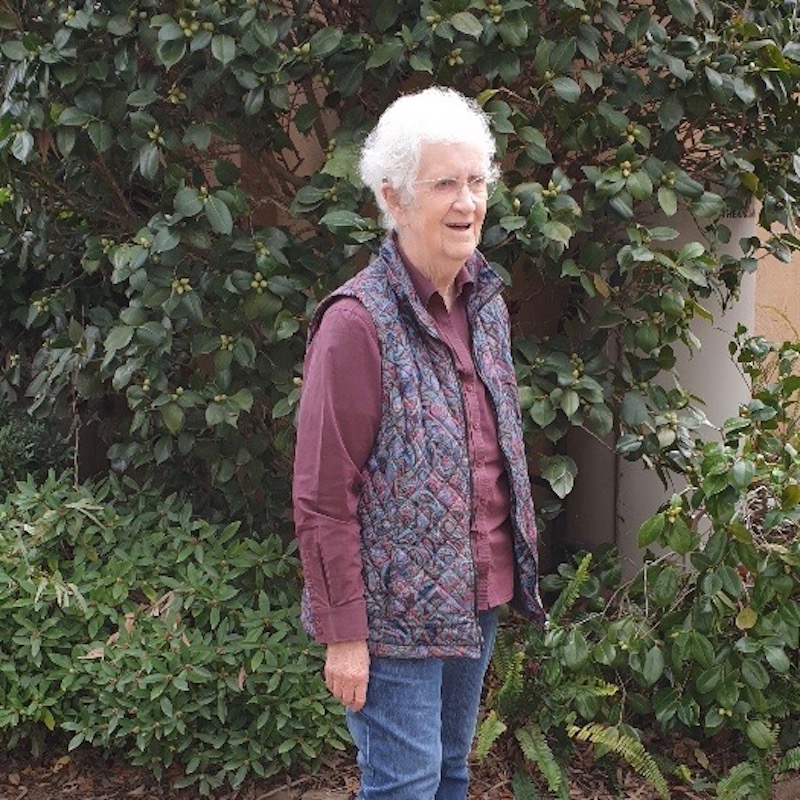 Earlier this year Maisie lost Nash, her lively, ever-faithful Hungarian Vizsla who had accompanied her to schools where she voluntarily taught children about human’s early development.

One Saturday recently, Maisie went to a sausage sizzle at Holder to hear about a community housing project. She saw Kim Spinks wearing a Woden Community Service label. “I walked up to her and said I was a founding member and Kim said, ‘you are just the person we are looking for’,” Maisie says.

WSC is celebrating its 50th anniversary and wants to contact as many of the early members as possible. Maisie has provided six names of past members. On Tuesday, July 30, an afternoon tea from 2-4pm at Pearce Community Centre will be held for them all to share their stories and photos of those remarkable days. Past members should call 62822644 or email: info@wcs.org.au

“It will be nice to see some of the people I knew, I’m quite excited,” Maisie says. “I wonder whether I will recognise anyone. It will be a strange experience.”

It was great to read Maisie Griffiths’ account of her early experiences with Woden Community Service. They parallel many happy memories of members of the South Woden Uniting Church who took the initiative to set the service up. SWUC’s initial minister and one our the lay members shared their concern about the difficulties being faced by people moving into the southern end of the valley. They gathered together a number of the congregation’s members and sat around a kitchen table sharing concerns they were aware of. They agreed that for many people there was a desperate need to obtain information about local services.
In February 1969 representatives of a small group from the church met with the ACT Health Commission which offered its support and indicated a willingness to make welfare services available. On 8 May 1969 the first minuted meeting, consisting of ten people, was held. That was the initial meeting Maisie attended.
On 2 November 1970, the first AGM of the Woden Community Service was held in the Mawson Primary School Hall and it was attended by 60 people. In 1971 the service was given an office in the Torrens Hall. Between June 1970 and June 1971 the service received 153 calls for assistance, arranged 102 visits and trained 20 people for visiting. From then on the Service never looked back, with Family Day Care in the home starting in 1974 and the Lollipop Centre for small children 1976. Members of South Woden Uniting Church were involved in working at both of these enterprises.
South Woden Uniting Church has never built its own church building but remains vibrant and meets each Sunday at the Pearce Community Centre at 9:30 am.
Happy Golden Jubilee, Woden Community Service.

Monica Tiffen - 5 hours ago
Who say's!!! Every day I hear more rubbish! Can't believe we take any notice of such nonesense!!!!... View
Louise Flood - 13 hours ago
Others have been denied rural grant help because they could not prove they earned a living off their land in the last two yea... View
News 50

Sam McCracken - 6 hours ago
Lea Powell agree to disagree then. We clearly see this from 2 different points of view, but if you re-read your comments you... View
HiddenDragon - 8 hours ago
Based on some of the apparently well-informed comments here about ACT public housing policies, it is truly fascinating to see... View
Lea Powell - 11 hours ago
Alicia Boardman exactly! View
Opinion 12