ACT Policing is seeking to identify a male offender involved in a road rage incident that occurred on Adelaide Avenue in Deakin and Wisdom Street in Hughes at around 4.15pm on Tuesday 9 August 2016.

It is alleged the offending vehicle was driving at high speeds, swerving in and out of traffic, cutting off vehicles and breaking heavily.

The driver of the vehicle has followed and forced a second vehicle to come to a stop on Wisdom Street. The driver has exited his vehicle and proceeded to strike the second vehicle, causing significant damage.

The offender is described as being of Mediterranean/Middle Eastern appearance, approximately 168cm or 5’5’’ tall with a small build. He had short dark hair and was wearing an orange and blue high visibility shirt.

The vehicle was mint green in colour and resembled a late 1999/2000 Mitsubishi Lancer or Toyota Seca.

Police are urging anyone who may have seen this vehicle driving erratically or the incident in Hughes on Tuesday, to contact Crime Stoppers on 1800 333 000, or via www.act.crimestoppers.com.au. Information can be provided anonymously. 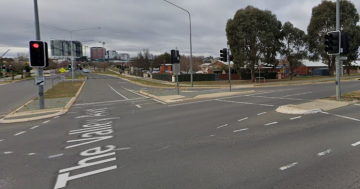 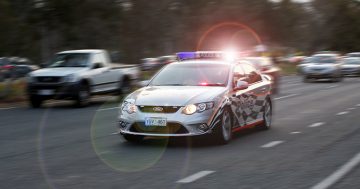