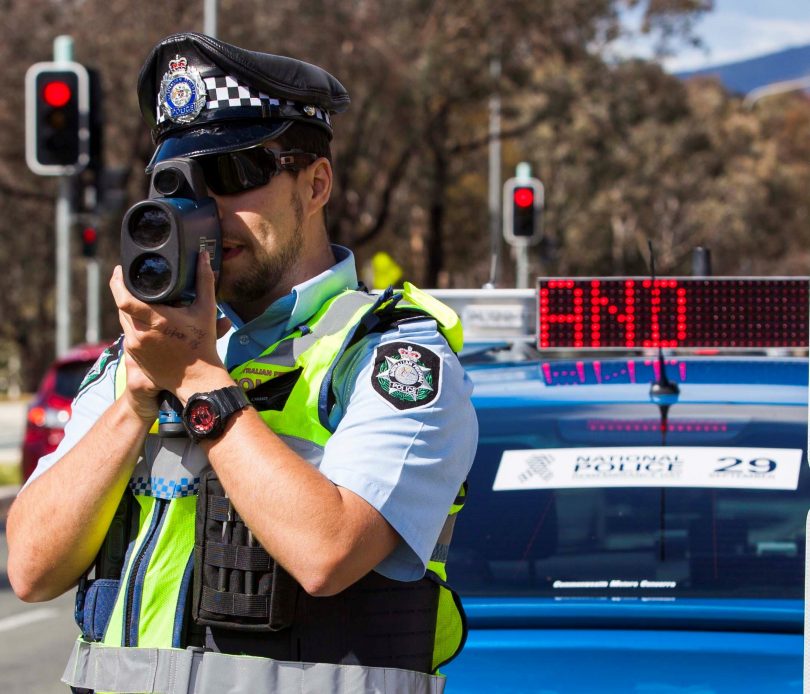 Police are warning drivers to slow down after new speeding figures were revealed for July. Photo: File.

The number is almost double the average figures from January to May this year.

ACT Policing has been urging drivers to slow down all year after a spate of high-speed incidents during the lockdown in which several motorists were caught driving at over 200 km/h.

The number of speeding drivers per month this year has increased by an average of 30 per cent compared to the monthly average over the last three years, ACT Policing says.

“There are no excuses. The speed limit signs are nothing new. They tell you the maximum speed you’re allowed to drive at, and some people still don’t get it,” Officer in Charge of Road Policing Detective Inspector Marcus Boorman said.

“There were plenty of motorists treating the road as their personal speedway, and on average, every 49 minutes in July someone was detected speeding by police in Canberra.” 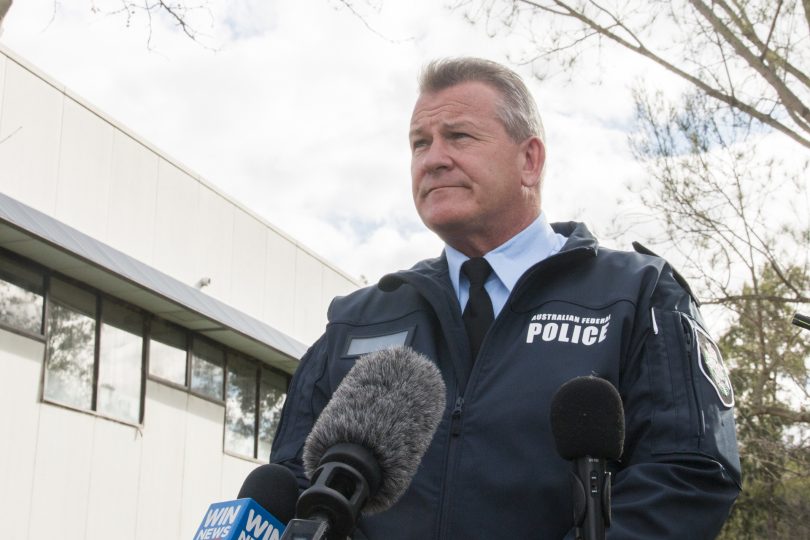 ACT Policing will raise awareness about its Vision Zero road safety approach throughout August by asking motorists to be more mindful of each other this month by putting a spotlight on sharing the road.

“I hope this month can be more about awareness than enforcement. Think about how your behaviour impacts on others, and share the road,” Detective Inspector Boorman said.

“I’m talking about tailgating, not slowing when passing emergency vehicles, or driving too close to cyclists. Be alert and attentive on the road, and know your behaviour does make a difference.”

Next week is National Rail Safety Week and with Canberra’s light rail in its second year, police are reminding motorists to also be aware of the light rail in addition to pedestrians, cyclists, cars, buses and trucks.

The ACT Government has also launched two new driver safety programs in line with the Vision Zero target that specifically teaches learner drivers about vulnerable road users and how to safely share the road with cyclists, motorcycles and pedestrians.

Jason Richards - 4 hours ago
How about tougher laws on the fruit bats riding three wide on unbroken lines... View
Ol L - 5 hours ago
Stupid. Increasing fines won’t stop anything. Look at the near annual fine increases for speeding. View
James Forge - 5 hours ago
Grant Rixon I'm not saying that. I'm against cyclists flouting the current law by not slowing town to... View
News 41

HiddenDragon - 4 hours ago
Unless there's a strong likelihood that the scheme will be re-run, with a somewhat larger budget next time, it might be bette... View
chewy14 - 4 hours ago
There's definitely a lot of spin going on from the government here but precious little transparency. The data is clearly now... View
Tom Worthington - 5 hours ago
Clearly the ACT Auditor-General needs to look into what went wrong with ChooseCBR. View
Property 3

sammo1 - 5 hours ago
It almost already is! Most of the population work and shop in Canberra or Queanbeyan. Its really not that far out.. It seems... View
consumeradvocatecanberra - 9 hours ago
Hmm, what a great place for a satellite city for Queanbeyan or even Canberra (thinking Oaks Estate-perhaps not workable) but... View
MERC600 - 9 hours ago
It's been quite a while since I wandered into the Captains Flat local. Back then they were only using one corner of the place... View
Food & Wine 5

Julie Macklin - 8 hours ago
Flannelette shirt. That's all I have known them called and what I have always called them. Never hard of the other words befo... View
show more show less
*Results are based on activity within last 7 days

It's so much more than a car. That's the promise electric vehicles hold for households, businesses and the electricity grid....
Food & Wine 29

Have you seen the bright red and yellow ‘Happy’s Restaurant’ sign in Garema Place? It’s hard to miss. Go inside...
News 20

@The_RiotACT @The_RiotACT
Indian Myna birds have been declared a pest species by the ACT Government due to their environmental and health impacts. It's part of an effort to reduce the population of the invasive species in the Territory https://t.co/BAb0ctQyAl (40 minutes ago)

@The_RiotACT @The_RiotACT
The Canberra Region @TruffleFest is more than a celebration of Tuber melanosporum, it highlights the best food and wine the region has to offer. Here are some events you won't want to miss https://t.co/zaKealFux0 (2 hours ago)

@The_RiotACT @The_RiotACT
With one of the longest bars in Australia, the Captains Flat Hotel could make your dreams of owning a country pub come true https://t.co/glHEaZsErQ (3 hours ago)