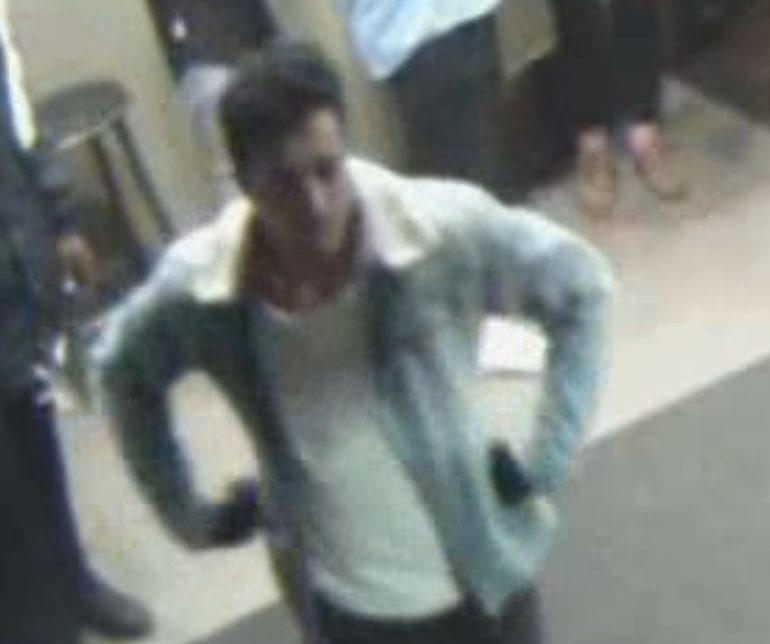 Police allege the man smashed a glass on the victim’s face. Photo: Supplied by ACT Policing.

ACT Policing has released CCTV footage in order to identify a man who allegedly glassed another man at a Civic bar in the early hours of Sunday morning (2 June).

Around 1:30 am, it is alleged the man smashed a glass on the victim’s face in the upstairs area of Shorty’s Bar, located at the corner of Bunda Street and Garema Place in the City.

The offender was escorted from the venue by security staff and left the area in the company of two other men.

The offender is described as being Pacific Islander/Maori in appearance, with a medium build and short, dark hair. He was wearing a white t-shirt, blue denim jacket, black jeans, black and white sneakers and black gloves.

Jeff Smith - 2 hours ago
Greg Oakes I'm not sure the speeds are that standardised in reality. My wife was done on Longmore Cr thoroughfare in Wanniass... View
Greg Oakes - 3 hours ago
David Brown The speed limits are pretty standardised - 40kmh in school zones, 50kmh for suburban streets, 60kmh suburban thor... View
Junhoui Pyo - 3 hours ago
Every road is money. View
Food & Wine 19

Shane Westmore - 3 hours ago
Ch.9 are still stuck in the 90s & so are many of their viewers... it's like they want you to order Kayo View
Anthony Chase - 4 hours ago
Its got little to do with football and everything to do with ratings. View
Marlene Valenzuela - 4 hours ago
Possibly not.... Not unusual!! View
News 9

Helen Prior - 5 hours ago
Kingston was a friendly safe place to live.Now all grog and selfies. View
Food & Wine 7

Mike Bolton - 13 hours ago
I'm guessing that Byron Bay and Nimbin will probably be among the last regional areas to access 5G. View
Business 18

James Manukich - 14 hours ago
Well Done 👌👌👌👌👌 View
Gary Hatcliffe - 16 hours ago
Wacky-doo! View
Nassim Rezakhani - 17 hours ago
Congratulations Jason!! One of the best agents around!! Thank you for the amazing auctions you’ve done for us in the past!... View
News 25

UPDATED 1:45 pm Elizabeth Lee has been elected leader of the Canberra Liberals, taking over from Alistair Coe who did...
News 93

Leadfoot drivers beware - the ACT's speed detection net is about to be widened with the addition of two new...
Food & Wine 19

ACT Policing has a blunt warning for e-scooter users: be an idiot and you will face the consequences. With e-scooters...
ACT Election 38

Former Liberal Chief Minister Kate Carnell, who formed government in 1995 and again in 1998, says that it's time for...
Sport 27

The ACT's mowing team is battling to stay on top of exploding grass growth in a season vastly different from...
ACT Election 23

@The_RiotACT @The_RiotACT
More than 20 suburbs will not have their waste collected on Monday due to a drivers' strike. Here's what you can do if you're affected https://t.co/fDbBO0JsRu (59 minutes ago)

@The_RiotACT @The_RiotACT
The ACT has Australia's second-best performing economy according to CommSec, a result of stable employment and few cases of COVID-19 https://t.co/rAzcfDeDjI (3 hours ago)