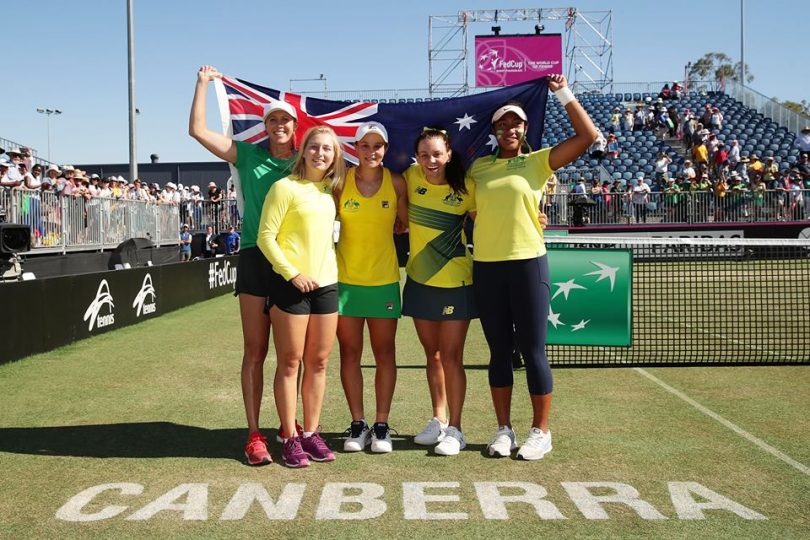 It was a lot harder than most people expected, but Australia came out on top over Ukraine in their Fed Cup tie in Canberra.

It came down to the fifth and final doubles rubber, with Casey Dellacqua and Ash Barty combining to win the decisive doubles rubber and clinch a victory for Australia on Sunday. The Australian duo defeated sisters Lyudmyla and Nadiia Kichenok 6-3 6-4 in a composed performance to seal the 3-2 win.

Here are the three things to take away from the weekend in Canberra.

1. Barty leads the way as the shining light in Australian women’s tennis

Ash Barty came into the weekend as Australia’s number and the pressure on her shoulders to take Australia back to the world group. And it all came down to her matches, winning three from three, including the vital doubles match with Dellacqua.

The pair outplayed the Ukrainian sisters Nadiia and Lyudmyla Kichenok 6-3 6-4, to send Australia to a World Group play-off on April 21st-22nd, just in time to celebrate Dellacqua’s 33rd birthday.

Barty was the leading light for Australia over the weekend after beating both Lyudmyla Kichenok and Marta Kostyuk in her singles matches.

Barty started the tie off with a rusty performance against Kichenok before showing all her experience in a 6-2 6-3 win over Kostyuk.

If Australia is to get back into the top-eight world group and to make a run to the final in the 2019 tournament, a lot of that responsibility and pressure will land on the 2017 Newcombe Medal winner’s shoulders. She showed this weekend that she is more than capable of handling it.

2. Dasha’s weekend to forget in Canberra 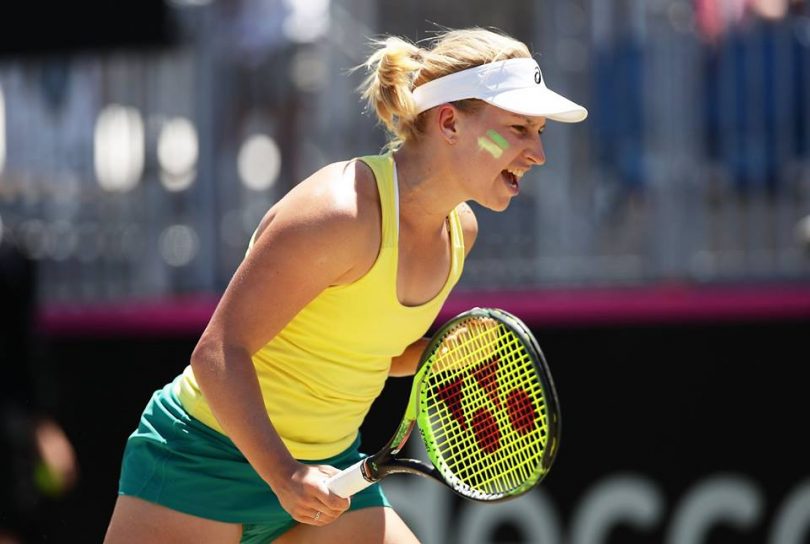 Dasha Gavrilova had a weekend to forget in the Canberra heat.

World No. 26 Daria Gavrilova had a dismal weekend in the sun, losing both of her singles matches, which meant the tie came down to the doubles matches. After losing to 15-year-old Kostyuk on Saturday afternoon in a game she described as a “shocker”, she went down for the second time despite winning the opening set against the unranked Nadiia Kichenok 4-6, 6-2, 6-3.

“I didn’t have the best singles matches, to be honest, I had two shockers, but I’ll learn from that and I’m sure my teammates are going to support me which they always have and I’ll learn from this experience.” 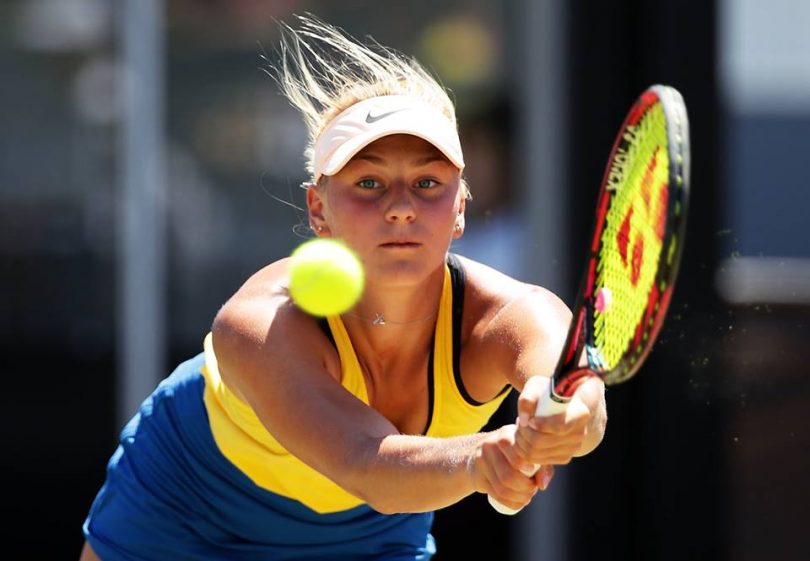 Ukraine came to Canberra without their two best players in the world, with No. 3 Elina Svitolina and No. 40 Lesia Tsurenko not making the trip. So it was up to 15-year-old Marta Kostyuk, ranked 185 in the world, as the number one for Ukraine. In her Fed Cup debut, she caused a massive upset 7-6, 6-3 win over Gavrilova, who is ranked 159 places higher in the world rankings.

In the lead up to the weekend, the teenager was compared to legend Swiss Martina Hingis by her coach, and the teenager showed why, with a maturity beyond her years and some heavy groundstrokes to match.

Kostyuk had a breakthrough summer of tennis at the Australian Open last month when she became the youngest player to reach the third round in Melbourne since former world No. 1 Hingis in 1996, before losing to country women Svitolina.

With all that talent, who knows how far this young lady can go?

What was your favourite match over the weekend? Let us know your thoughts below.

Sandra Stevenson - 33 minutes ago
Sylvana Whyte Good idea! View
Jennifer Blood - 3 hours ago
Very interesting explanation of how the buildings were constructed and leased, leading to the lack of uniform upkeep we see t... View
Iaian Ross - 5 hours ago
"To have time out, she would walk to Manuka Pool for a swim and walk back in time to be ready to cook the first breakfasts of... View
Lifestyle 8

Sarah Jane - 54 minutes ago
Shannon a day trip? View
Maya123 - 4 hours ago
Some gorgeous things there, but there are only so many cushions, vases, etc, you can have, before it becomes clutter. View
Rowan Bergin - 5 hours ago
I went back there last Wednesday and bought a ring for my daughter s birthday View
News 24

Acton - 5 hours ago
Housing unaffordability is a consequence of Greens/Labor ACT Govt policy. Here's why: Restrict land releases - drives up the... View
Ol L - 6 hours ago
Not true according to Mr Barr Mr Barr said the analysis showed the stamp duty reductions were helping first-home buyers and l... View
News 3

Peter Curtis - 6 hours ago
I cannot agree more. View
Nick Swain - 7 hours ago
And so do the equally old Kingston shops. Both shopping centres have long standing nominations to be included on the ACT Heri... View
bj_ACT - 13 hours ago
Why is Morris always calling on the ACT Government to pour funds into areas where he is making millions and millions of dolla... View
News 71

Jaana Surakka - 24 hours ago
Lea Powell while throwing around your ‘broad statements’ argument. Please refer back to your comments. I see a ‘horrid... View
show more show less
*Results are based on activity within last 7 days

Time to forgive and forget after Heather Reid’s apology