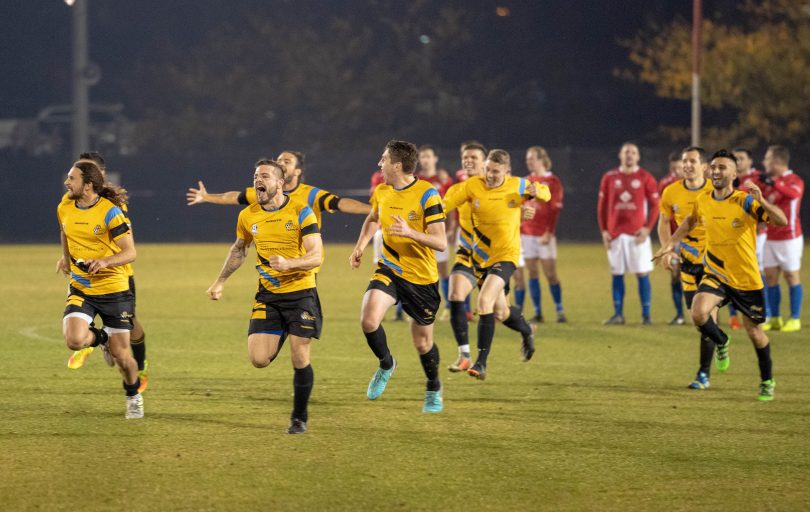 Despite Tigers FC booking their first-ever appearance on the national stage of the FFA Cup and being awarded a home final to boot, they have been forced to make the 115-kilometre trek to Deakin Stadium to play.

After an enthralling win in penalties over Canberra FC away from home, the Capital Football side secured an FFA Cup round of 32 home-clash against Melbourne outfit Hume City.

Tigers FC, who play their homes games at Nijong Oval in Cooma, have been forced to travel up the Monaro Highway to host their home game at rivals Canberra FC’s stadium. A trip to the foot of the Snowy Mountains would be a daunting challenge for Melbourne-based Hume City, with Cooma’s temperature frequently dropping to subzero degrees at 7:30 pm at night.

Club president Harry Hovasapian said the playing surface and insufficient lights at their home ground forced the club to look elsewhere for their clash.

“It wasn’t much of a decision, to be honest,” he said. “As soon as we were told the game would be played at 7:30 pm at night, we knew we had to move it. We don’t have lights at Nijong Oval other than basic training lights so we had to find another stadium.

“Despite the lighting, there is also a surface issue. The playing surface needs to be of a certain standard which is something we need to discuss with the shire.”

Despite the travel to Canberra, Hovasapian said playing away from home will not affect his team.

“Travelling to Canberra won’t affect us,” he said. “As it is, we train at the AIS so we are used to that sort of surface so it is nothing new to us.

“Everyone is excited obviously. We have made the finals a few times but we haven’t won the Federation Cup before so everyone is excited. I sincerely hope that we will get a good home crowd there.

“When we played the final, one half of the stadium was full of our people. Kids and parents were there, screaming their heads off so I hope to see that same support.”

Snowy Monaro Regional Council’s group manager facilities Glen Hines, who is responsible for maintaining Nijong Oval, said the pitch was recently resurfaced and he believes the ground is still in good condition.

“I don’t believe the pitch is an issue and I think it is in pretty good condition but there is an issue with the lighting being insufficient for the level of lighting Tigers require,” Mr Hines said. “We will look at lighting over the coming years.

“We currently have a very large project load across the region but we will look at the lighting if it is required by the community.

“We mow it and maintain it as required depending on the demands of the season but it is adequately maintained that’s for sure.”