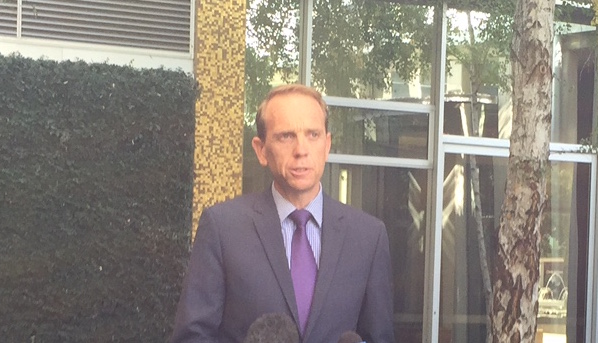 ACT public hospital waiting times and timeliness in emergency departments have continued to improve during the past six months despite record numbers of presentations, according to the latest ACT Health Services Quarterly Performance Report.

“Despite significant increases in presentations to our emergency departments our waiting times for treatment improved by 4 per cent compared with the previous corresponding period,” Mr Corbell said.

“At the same time we have reduced our overall median waiting time in our emergency departments from 43 minutes in the first half of 2014-15 to 39 minutes in the corresponding period in 2015-16.

“While it is pleasing to see this improvement in timeliness, the government expects to see further improvements through workplace reform and infrastructure investments like the $23 million expansion to Canberra Hospital’s Emergency Department.”

The first stage of the emergency department expansion opened in January.

When completed the project will deliver up to 21 additional treatment spaces, additional ambulance bays and an improved layout that will help to reduce waiting times further.

The expansion of the Canberra Hospital Emergency Department is part of the Health Infrastructure Program, which has invested nearly $1 billion in health infrastructure since 2009.

Unfortunately, past “doctoring” of hospital stats by people under pressure or the perception of pressure to achieve the impossible (http://www.canberratimes.com.au/act-news/pressure-led-to-altering-of-hospital-data-20120703-21fsx.html) makes me wonder what they really are.

So, why did the quality and waiting times reduce so dramatically in the first place. Still, any improvement is better than none I suppose.

Maybe we should have an ACT Legislative Assembly election every year !

Asha Kidd - 8 minutes ago
Is there a go fund me for these guys? View
Adam Jovanovic - 23 hours ago
You'd be surprised how many people vote for the government that screws them over the most. Mainly.because.of alarmist.and exa... View
Lifestyle 14

Jennifer Blood - 58 minutes ago
Very interesting explanation of how the buildings were constructed and leased, leading to the lack of uniform upkeep we see t... View
Iaian Ross - 3 hours ago
"To have time out, she would walk to Manuka Pool for a swim and walk back in time to be ready to cook the first breakfasts of... View
Kyle Rollinson - 3 hours ago
I like the Flxible coach. View
Opinion 17

Peter Curtis - 4 hours ago
I cannot agree more. View
Nick Swain - 5 hours ago
And so do the equally old Kingston shops. Both shopping centres have long standing nominations to be included on the ACT Heri... View
bj_ACT - 11 hours ago
Why is Morris always calling on the ACT Government to pour funds into areas where he is making millions and millions of dolla... View
News 71

@The_RiotACT @The_RiotACT
Mary left modelling for life behind the wheel of big rigs. Now, she's training the next generation of drivers & breaking more barriers in the process https://t.co/jy6HRnOqep (56 minutes ago)