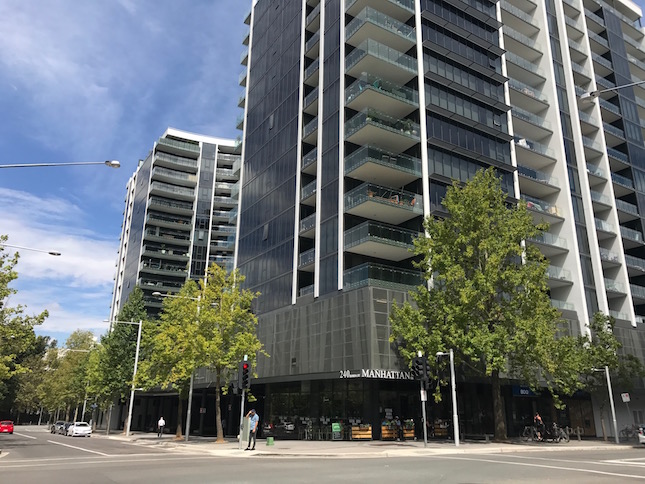 Reform of the ACT’s ‘one-size-fits-all’ strata management regime appears to have stalled, with the Government saying new issues have emerged as a result of July’s public consultation.

The property industry had believed a Government announcement was imminent on draft legislation to amend the ‘Unit Titles Management Act’ to better reflect the growth of mixed-use or precinct style developments in the ACT over the past few years.

But the Government last week said that while it shared the view that the evolving nature of the sector had meant elements of the ACT’s strata laws were in need of reform to support and maximise mixed-use development, a number of additional issues had been identified.

“The Government is now working through these issues and will continue to work with relevant stakeholders on the implementation of these reforms,” the spokesperson said.

ACT Property Council executive director Adina Cirson acknowledged the complexity of the issues facing the Government but said it needed to get on with the reforms rather than have another round of consultation.

“Given mixed-use development is where this city is at right now there’s got to be some resolution. Strata reform will assist in resolving some of these day-to-day issues,” she said.

The spokesman did not say when draft legislation would be ready but the legislative window is narrowing for this year.

In early July, the Government met with relevant stakeholders including strata managers, developers, the legal profession and unit owners to discuss specific options for reform around mixed-use developments, and there had been broad agreement on the need for change.

Managing Director of Vantage Strata and a member of the ACT Property Council’s residential development committee Chris Miller said Canberra’s maturing property market meant the current rules, devised when buildings were mainly single use, were inadequate to deal with different needs and uses in contemporary developments.

Mr Miller said the Act did not distinguish between residential units, offices, restaurants or retail space within a single development, and this was not helpful in resolving disputes or managing the different interests, especially with body corporates requiring unanimity for changes of use within a building.

He said that the situation was also deterring major investment in the ACT and affecting business certainty.

“Our doors are closed to really big national players and international players because a Coles would not want to take a unit in a units plan if it was subservient to the whims of a body corporate of uncommercial, voluntary owners in the unit’s plan,” he said.

“There is no need for them to have any involvement with each other. They are two totally separate interests and needs.”

He pointed to Coles Vintage Cellars’ aborted move into the Element development at Kingston Foreshore.

“Coles said it couldn’t move into this unit in the body corporate specifically because they have need for access and delivery and they didn’t have any confidence that the body corporate would not turn around in a year’s time and make changes to their rules that would impact on Coles’ ability to operate its business,” he said.

Mr Miller said the present situation limited the quality of tenants that could be attracted to the ACT and created poor outcomes unnecessarily.

“And even if you can attract them there is a restriction in your ability to find institutional purchasers for some of these assets,” he said.

The proposed solution is to mirror laws in other jurisdictions such as New South Wales (NSW), where there are separate leases for the airspace above the ground floor.

Mr Miller said this can already be achieved unofficially in the ACT (for example, the Nishi building), but this relies on good faith among the parties. The ACT lacked a mechanism and an instrument with any weight, such as a Building Management Statement, that can be registered on a title.

“In NSW, this instrument is registered on title and that is effectively the bridge they are talking about establishing in the ACT,” he said.

“It’s not a new and unique concept,” Mr Miller said. “They don’t have to reinvent the wheel, although there might be some variations to adapt to the ACT’s Crown lease system.”

Mr Miller said the issue needs to be addressed “so we’re not going to spend the next four years constructing these huge developments like the Arts Precinct and those along Northbourne Avenue and have them regulated under the current regime, with no ability to describe how these complicated buildings are going to operate and how the different interests are going to come together”.

Do you think ACT should introduce property laws similar to NSW? What are your thoughts on this issue? Let us know by commenting below.

TimboinOz - 31 minutes ago
Dear Zoya, Australian music - for me - encompasses all the classical performers, as well. So, why not, for you?!... View
Lifestyle 4

TimboinOz - 35 minutes ago
Good information on this issue has been around for at least two decades to my memory. As a former infantryman and an ongoing... View
Food & Wine 4

Nick Swain - 39 minutes ago
This is a challenge to the Fyshwick Markets and their new owners! View
News 201

Adam Best - 41 minutes ago
Josh Anderson We still have demerit points, champ....... View
Adam Best - 42 minutes ago
Steven Miller well yes, actually. If it's a financial penalty for a crime, then that financial pain should be equal for the e... View
Jess Thomas - 2 hours ago
David Deb Cossart that's the thing: people who can afford the fine can afford to speed. Changing this would mean that no-one... View
Food & Wine 1

@the_riotact @The_RiotACT
#Tumbarumba's saddled up for its social event of the year this Saturday 29 January. #Turfclub president John McIntyre says the Tumba Cup's set to be one of the best as #families get together after COVID lockdowns https://t.co/U3sL5ZTdwY (50 minutes ago)