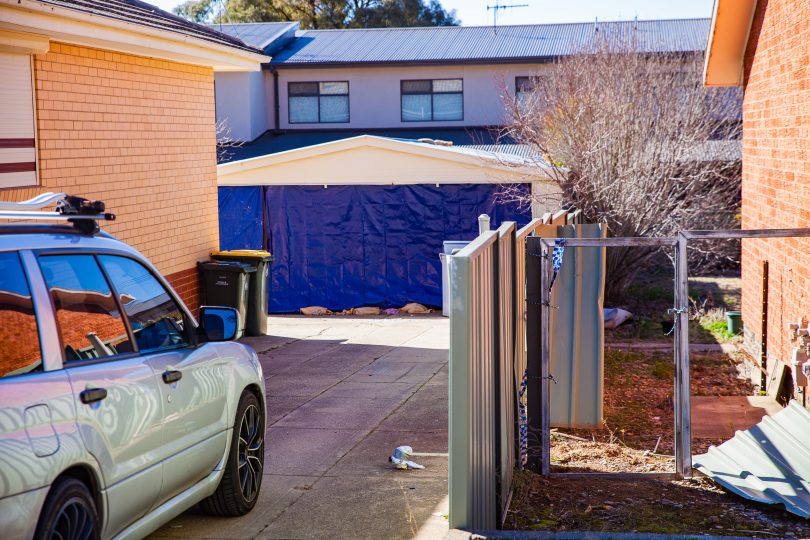 The covered over rear garage of the Page house that was smashed into on Monday. Photos: George Tsotsos.

Police are seeking witnesses to an incident in which a white utility crashed into a house in Page on Monday.

The RiotACT understands that no one was home at the time of the crash but that it caused significant damage to the house.

ACT Policing has confirmed that police attended the crash at about 12:37 pm on Monday (6 August).

The utility appears to have travelled along Springvale Drive and then across Belconnen Way before crashing into the rear garage of the home and then into the back of the home, which fronts Braine Street. 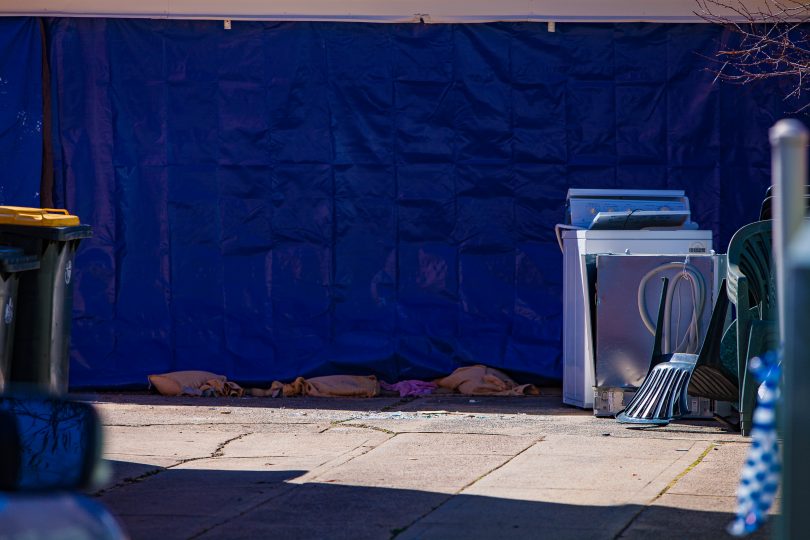 A close-up of the rear garage of the Page house which the ute smashed through on Monday.

Police are asking for people to contact them if they witnessed the event or have any dash-cam footage of the utility.

“Police are seeking any witnesses or any dash-cam footage at Belconnen Way eastbound between Springvale Drive and Beetaloo Street between 12:20 pm and 12:35 pm,” an ACT Policing spokesperson said.

The spokesperson said that they are unable to provide further details at this time because the investigation into the incident is ongoing. 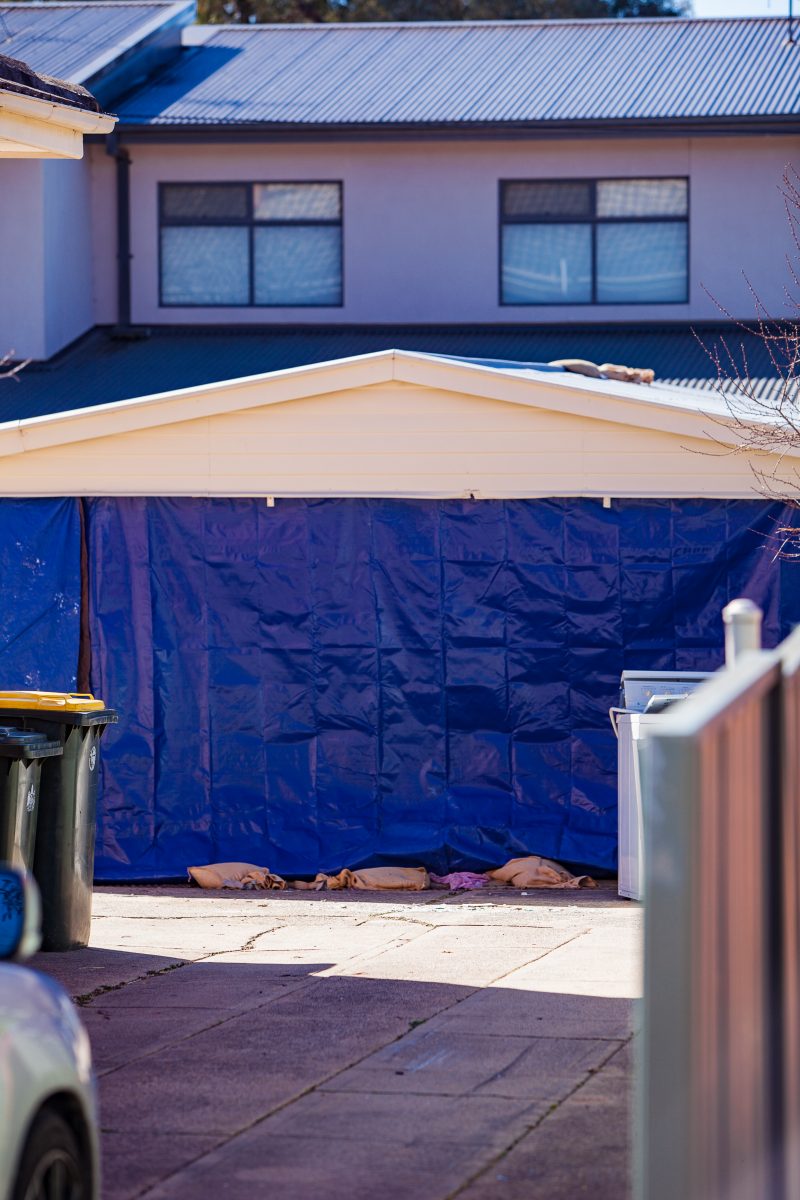 The ute appears to have crashed through the garage and then into the home.

Anyone who has information that could assist police is urged to contact them on 131 444. Please quote reference 6294878.

A spokesperson for the Emergency Services Agency confirmed that they attended the crash but would not provide any further details.