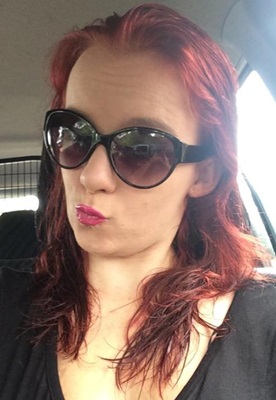 ACT Policing is seeking witnesses following the alleged abduction of an 18-month-old girl in Belconnen this afternoon (Thursday, 13 August).

About 12.35pm, ACT Policing received a report that a man entered the Barnados Care House in Belconnen armed with a knife and possible imitation firearm and abducted the child.

The mother of the child; 18-year-old, Melinda Kringle, is suspected to be involved in the abduction.

Police have since undergone an extensive search of the area without locating the trio.

The man is described as Caucasian in appearance, 25-30 years of age with blonde hair. He was wearing a beanie and light coloured jacket.

Melinda is described as being Caucasian in appearance, approximately 170cm (5’7”) tall and medium build. She has dyed red hair in a ponytail and was wearing a light coloured singlet.

Police believe that the trio may be travelling in a dark blue or black 4-wheel-drive vehicle.

Police urge anyone not to approach any suspicious blue 4-wheel drive vehicles or if they see anyone matching the description provided above to contact police immediately on 131444 to report the location.

Police are urging anyone who may have witnessed the incident or have any information that could assist police locating the trio to contact Crime Stoppers on 1800 333 000, or via act.crimestoppers.com.au.

This story has had a happy ending, of sorts.

Michael Drew - 32 minutes ago
This may be problematic from an insurance perspective especially if lifelong head injuries were sustained in an accident with... View
Edna Brooke Jessop - 2 hours ago
Actually Gareth, being pregnant doesn't mean you are above the law, you need a medical certificate to not get fined. View
Morris Reinbear - 2 hours ago
That'd be other Australians except those in Victoria, Western Australia, South Australia snd Queensland. Silly sausage!... View
News 47