Your trusted insurance advisors
providing the right insurance solutions for you 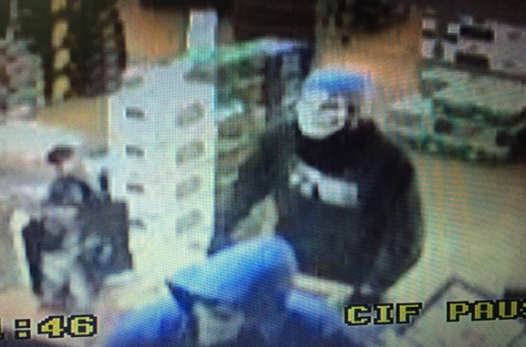 One male guarded three customers, who were still inside the restaurant, while the other entered the kitchen area, taking money from the float and three mobile telephones belonging to staff members who had fled out of a side door.

The two offenders left in a white Hyundai hatchback and drove a short distance to the Canberra Cellars ‘Bottle-O’ on the corner of Luxton and Josephson Street, Belconnen.

The two offenders entered the bottle shop and stole a sum of cash and cigarettes from the attendant before leaving in the direction of Southern Cross Drive.

The first male was wearing a light blue baseball cap, black and white skull face mask, a black hooded jumper with a white motif on the front, black track pants and black shoes.

If you saw any suspicious activity or a white Hyundai hatchback in Belconnen at the time of the incident, call Crime Stoppers on 1800 333 000 or via the website at https://act.crimestoppers.com.au.

Lucy Irene - 57 minutes ago
Mmm, not sure why ‘rainbow’ roundabouts could be an issue, curious! View
News 36

Capital Retro - 5 hours ago
When you say "we", who exactly do you mean? How about you lead by example and tell us what you would do because many before y... View
chewy14 - 6 hours ago
Robert, Yes we do. The first part of that would, however be to admit that Indigenous people commit crimes at rates many times... View
Robert - 6 hours ago
Those numbers reflect the numbers of indigenous people in our jails. Surely we need to do something about aboriginal people b... View
show more show less
*Results are based on activity within last 7 days