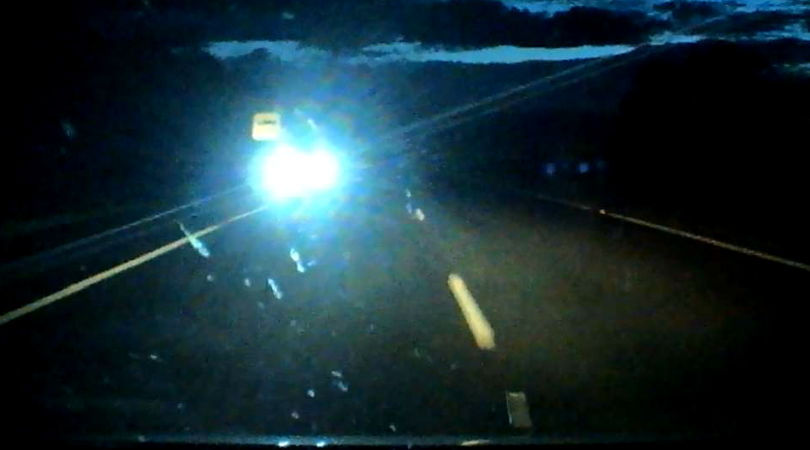 The car was seen driving the wrong way down the Monaro Highway at speed. Screengrab from dashcam footage.

A woman has been charged with multiple traffic offences after she drove down the wrong side of the Monaro Highway to evade being pulled over by police last night.

Around 7:45 pm, ACT Policing attempted to pull over an orange Holden Commodore on the Monaro Highway. The 25-year-old driver braked suddenly and deliberately reversed into a Ford Territory which was following the Commodore.

The driver then left the scene, crossing onto the wrong side of the highway.

Blink and you will miss it! Around 7:45 pm on Sunday night, police attempted to pull over an orange Holden Commodore on the Monaro Highway. In an attempt to get away, the driver drove down the wrong side of the highway into oncoming traffic. Deigh Oakes' dashcam captured the moment the car came flying past her. Read the full story here: http://ow.ly/AoeY50wL8D9

At around 9:15 pm, police met the driver of the Commodore at an address in Chisholm and shortly after she was charged with unlicenced driving, failing to stop for police, dangerous driving, not exchanging details following a collision and breach of a good behaviour order.

The woman is scheduled to appear in the ACT Magistrates Court today.