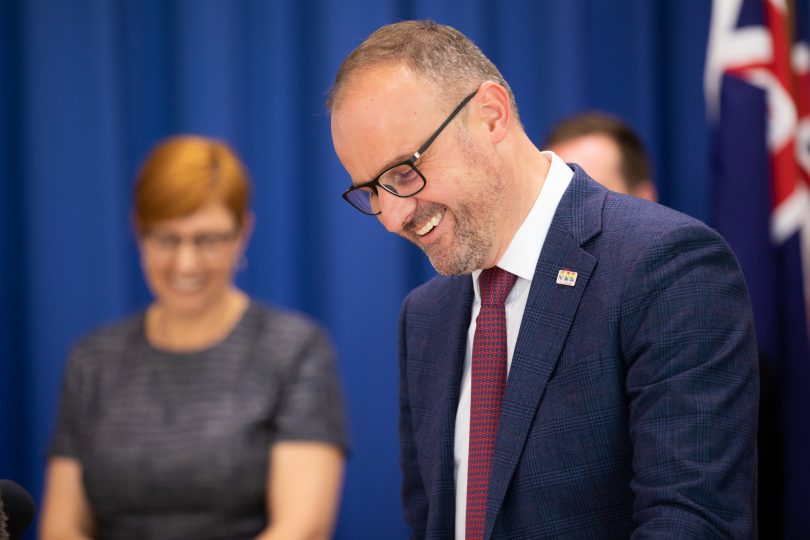 In a year of rolling crises in which leadership was put to the test, Chief Minister Andrew Barr rose to the occasion, contributing to Labor’s resounding election win in October.

Whether it was the bushfires, a hailstorm or the never-ending threat of COVID-19, Mr Barr provided a steady hand and despite the ACT’s size, stepped into National Cabinet as an equal to advocate for its citizens and be a part of the mostly collaborative process to manage the fallout of the pandemic.

He was resolute in making tough decisions and standing by the health advice, often in the face of criticism from the Opposition Liberals that the government was going too far with restrictions and needlessly hurting the ACT’s hospitality and retail sectors.

The Liberals also attacked the short-lived move to online learning at home for most of the ACT’s schools students, spraying unsubstantiated claims of secret deals with the teachers union.

But overall, the community accepted that the government was acting in their best interests.

There was no baulking when it came to establishing an emergency COVID-19 ward on Garran Oval, which fortunately has not had to be activated except for testing.

READ ALSO Is ‘self-care’ just another way to say ‘selfish’?

For some, it stands as an expensive white elephant, but prevarication was not an option when the COVID-19 threat loomed, and the outbreak in Sydney shows that we are still not out of the woods until a vaccine can provide immunity.

If 2021 goes pear-shaped, the ACT is at least prepared.

This year, the ACT has been a safe haven, with no community transmission and an economy more resilient than elsewhere.

That and Mr Barr’s leadership always meant it was going to be a tough ask for the Liberals at the polls. Still, the party made fundamental and fatal mistakes in its economic strategy and could not shake off its ultra-conservative baggage, which Labor was happy to play up.

Former leader Alistair Coe’s hyperbole about COVID-19 restrictions and an inability to change course undermined the Liberals’ credibility and meant some voters looked elsewhere if Labor was a bridge too far.

This, and no doubt the Black Summer, gave rise to the other big event in ACT politics – an unprecedented six Greens elected to the Legislative Assembly.

Time will tell if this is an aberration or a seismic shift in the political landscape.

The Greens showed maturity and a taste for power when they chose to be inside the government tent rather than pulling strings from the crossbench.

Three ministers in key portfolios should make a difference and make for better government, if they stick to their values, particularly about transparency and real community consultation.

The big issues of planning, development and the environment, including climate change, will be ones to watch. 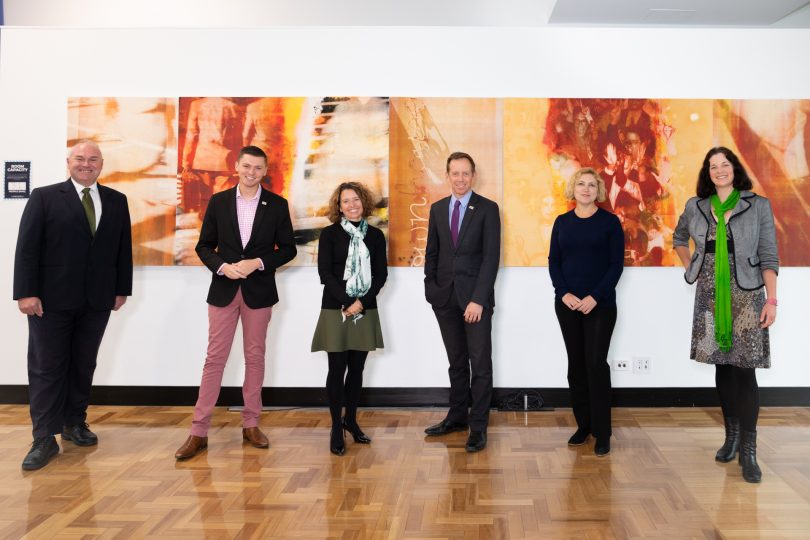 It will be interesting to see how the inevitable conflicts with their dominant Labor partners will be handled, and test their judgment on when to compromise or make a stand.

The other significant outcome of the election is the record number of women elected to the Assembly, keeping them in the majority.

Deputy Chief Minister Yvette Berry even formed a Women’s Caucus of government members to focus on issues of particular importance.

The Liberals also looked to a woman, Elizabeth Lee, to lead them out of the political wilderness after Mr Coe stood down.

A lawyer, Ms Lee is smart, articulate and feisty and, importantly, is considered a moderate. She has her work cut out to redefine the party but has four years to do it.

2020 showed that relying on an ‘it’s time’ strategy will not be sufficient and the Liberals need more than a new look but will have to develop policies of depth that connect with the electorate and restore faith.

For Mr Barr, the question remains about taking Labor to the next election. Already he has flagged giving up Treasury after a couple of years although who might be groomed to replace him is unclear.

For the top job, there is no clear successor. Rachel Stephen-Smith, Yvette Berry and Chris Steel have all enhanced their positions in 2020. However, unless there really is a political earthquake in 2024, the next best MLA in the government with the experience, policy chops and credibility can’t be in the running – Greens Leader Shane Rattenbury.

Of course, Ms Lee aims to make it all a moot point with a resurgent Liberal Party.

And Mr Barr, who appears to have made peace with the media he once professed to hate and has grown further in the job this year, may not be going anywhere.

Finally, elections may never be the same in the ACT after a combination of early and electronic voting unleashed an avalanche of results from the tally room that cut short the traditional suspense of the count.

For the Liberals, it was cruel the way their hopes were dashed so early in the night.

While Hare-Clark, as usual, left a couple of seats in the balance for a week, it was clear that Labor would be returned, and the Greens could break out the champagne.

Next year, with Green ministers wanting to put runs on the board and justify the electorate’s faith, the comfortably ensconced Chief Minister will have to get on with his big agenda to cement his legacy – to reboot the economy, lower emissions, deliver more light rail, complete the Canberra Hospital expansion and build the new CIT in Woden.

Meanwhile, Canberra Liberals leader Elizabeth Lee will have to make her mark, lest she joins a long line of Liberals steamrolled in the ACT.

It’s not going to be dull.

We can hope, but with the past as a (generally) reliable guide to the future in these matters, it will more likely be as interesting as The Hollowmen, Utopia, Parks and Recreation, and Wollongong the Brave (all with the intended humour deleted) on a loop of continuous re-runs for four years……

Altered by having crazy greens as part of the government??!!

The Garran Oval pop-up hospital was necessary only because Labor never delivered on their pre 2012 election promise to expand the hospital. Even without covid cases it’s really struggled to cope with the ED put on bypass and having the longest waiting times in the country yet again. I feel for the hard working staff who actually deal with patients. Bullying, over working and under paying junior doctors is no substitute for actually having the necessary infrastructure needed to look after patients.

Yep, these guys are experts at forgery when it comes to leadership. Just look at the leadership they’ve given over TCH.

Do you mean “forged” as something that happens in a foundry or “forged” as in counterfeit because Barr has never made a “tough decision” that I can remember?