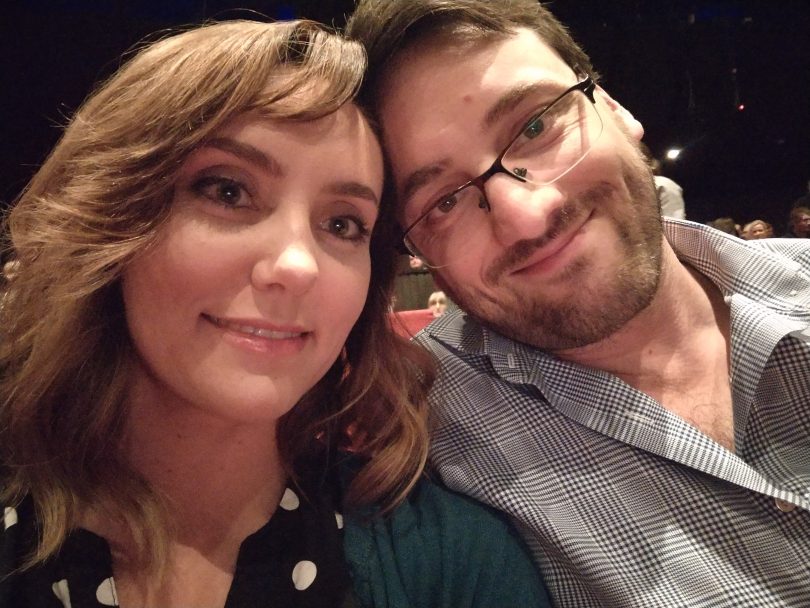 Emma Micallef and her husband, Alex. Emma fought a long battle with cervical cancer after being diagnosed when she was 31 weeks pregnant. Photos: supplied.

Emma Micallef from Palmerston was 31 weeks pregnant when she was diagnosed with cervical cancer.

The only symptom she had at the time was some bleeding but she assumed it was something to do with the baby.

She went to hospital straight away and thankfully was told the baby was fine. However, there was some devastating news too.

The obstetrician felt a large mass and – following a spinal tap, a biopsy and an MRI – Emma was diagnosed with cervical cancer.

That was the start of Emma’s battle with a cancer which is expected to kill an estimated 256 women in 2019 alone.

While Emma is now in remission and has a healthy two-year-old son, the cancer took a big toll on her body.

“There is a lot I don’t remember about this time, which is sad in terms of not remembering much in relation to my son. It was a very difficult time and I really just wanted to disappear,” she said.

As a result of her treatment, Emma experienced early onset menopause, had to have an ovary removed, and is now going through IVF treatment in the hope of having another child.

Perhaps not surprisingly given what she has gone through, Emma is doing all she can to help prevent other women from getting cervical cancer and to support those who are going through the ordeal.

There is some good news there, with Australia predicted to be the first country to eradicate cervical cancer by 2035 and the Australian Cervical Cancer Foundation launching a new campaign to educate Australian women about the disease.

However, there is also some concerning news that feelings of embarrassment and discomfort are putting women off having the cervical cancer screening tests which are vital for preventing the cancer.

New research released by the Australian Cervical Cancer Foundation has found that almost a third of women (32.3 per cent) are deterred from having a cervical screening test (CST) because of feelings of awkwardness, while more than a quarter (27.6 per cent) put it off because they are embarrassed.

One in 10 women are deterred from being screened over concerns that they aren’t “normal down there” while more than eight per cent are concerned that they might “smell” or aren’t “groomed appropriately”.

Many women find the screening tests uncomfortable or are fearful

The study also found that a total of 37.1 per cent of women find the test “uncomfortable”, mainly because they think it is “painful”, “exposing” or they are “fearful” of the process. A smaller percentage also thought the test was “violating” or they were put off by having a “male GP”.

The nationally-representative survey of 1,005 Australian women has revealed, for the first time, the true extent of the drivers and barriers which can deter Australian women from undertaking the cervical screening test – previously known as the Pap or smear test.

The research also shows that Australian women are failing to understand the CST and how regularly they should coordinate appointments. Only a third of women (34 per cent) knew the test screens for human papillomavirus, and the majority were not aware that the CST moved to a five-yearly cycle in December 2017.

“Our national research demonstrates that whilst we as a nation have made significant gains when it comes to HPV vaccination rates and driving down new cases of cervical cancer, misunderstanding of cervical cancer and of the cervical screening test is rife,” said Australian Cervical Cancer Foundation CEO, Joe Tooma.

“It’s important we continue to talk about screening and the value it provides to enable us to normalise the conversation, debunk common myths and most importantly, to encourage each other to attend,” Dr Mansberg said.

“It is perfectly normal to feel uncomfortable – over 40 per cent of women tell us it is – that’s why it’s important to talk to family and friends who have been through it, to better understand what to expect.

“Better still, your healthcare provider is also there to help you through the process so don’t be afraid to speak up.”

Emma also strongly advises other women to be their own health advocates and to be diligent in having their cervical cancer screening tests.

She herself had been up-to-date with her routine screening tests and her pregnancy was the only reason she was a few months overdue for a test at the time she was diagnosed with cervical cancer. 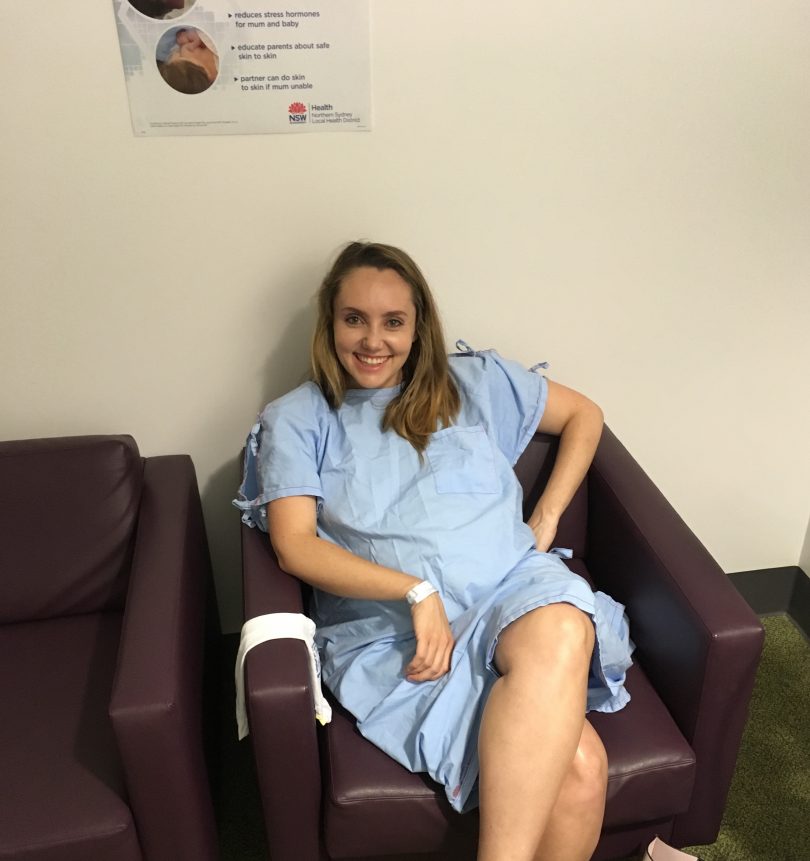 Emma in a hospital gown not long after she was diagnosed with cervical cancer.

”I feel like the fact that I was pregnant perhaps hid the symptoms; when I had the bleeding before I was diagnosed, I just assumed it was something to do with the baby.”

Emma is now back working as a teacher and pursuing ways to have another child. However, she remembers all too well what it felt like to be “just a cancer patient”.

“It’s important to remember, though, that once you are well you can again give back to others,” she said.

Stephen Murray - 35 minutes ago
I remember the punt that the bridge replaced. View
Christopher Cuba Rabanal - 3 hours ago
I’ve heard the best fish and chips in the bay is closing due to the lockdowns. That’s pretty sad 😢 View
Geoff White - 3 hours ago
Adam Beams I’d give it a good crack lol... View
News 65

Josh Salmon - 40 minutes ago
Not as long as our fellow "Ken Behrens" keep voting in the short bald guy 😂 View
Josh Salmon - 40 minutes ago
Ashley Wright Maybe in a normal world, yet the ACT light rail is less frequent and slower than the current bus network (eg. W... View
Geoff Jones - 2 hours ago
Expensive I agree but cheaper than the alternatives. View
Lifestyle 42

Patrick Robertson - 3 hours ago
Give it some mince to eat. View
Mick Bailey - 3 hours ago
Q. Has he done something to the bird to cause it to "single" him out? Respect their intelligence. View
News 249

Nick Swain - 5 hours ago
Griffin had a coherent public transport system based on rail including a track from QBN, through Civic and on to Yass. What a... View
Mike Holland - 5 hours ago
I love trains, and the idea of a high-speed train is very enticing, but I'd probably only use it once or twice for the novelt... View
Pat Gagel - 6 hours ago
I have telecommuted on the trains since graduating in 1992 on and off. I used to get strange looks when I worked away on my V... View
Opinion 51

Leonard - 6 hours ago
No mention in this article of where she stands on the Holden/Ford debate. View
show more show less
*Results are based on activity within last 7 days

@The_RiotACT @The_RiotACT
Would you like to catch an intercity train from Civic? The #Kingston railway station has only three #trains per day, so do we need a new site and service? Have your say in this week's poll https://t.co/9Nc53VrNgb (39 minutes ago)