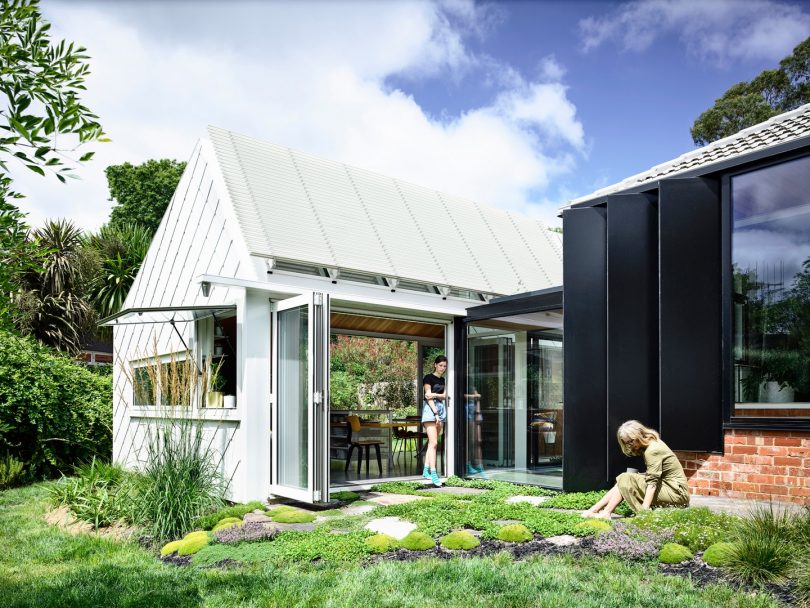 A Canberra home extension has been recognised in this year’s Australian Institute of Architects’ National Architecture Awards.

The addition of twin pavilions to the Forrest home received a national commendation for residential architecture for home alterations in the prestigious awards announced on Thursday night in Brisbane.

Austin Maynard Architects’ extension to the suburban home, labelled Empire, added two living pavilions and opened up the home to light and airflow while maintaining the existing cottage.

In collaboration with the home-owners, the architect chose not to demolish the existing house, and instead created thoughtful and sympathetic interconnections between the original post-war residence and the contemporary additions.

Details such as individually hand-crafted white metal shingles created a link between the paired sections of the home. This highlighted the attention to detail displayed by builders and craftsmen in the construction of the dwelling.

The national jury said Empire was a “deftly executed project that balances fine craft and detail with an intelligent response to the larger issues of suburban living”.

“Initial design decisions and confident planning approaches have energised the existing post-war home by creating clear sightlines through a logical and curated sequence of interconnected spaces,” the jury said.

“Empire creates a conversation between old and new that can be appreciated at every level.”

Empire won the ACT’s top architecture award at the 2019 ACT Architecture Awards back in June. 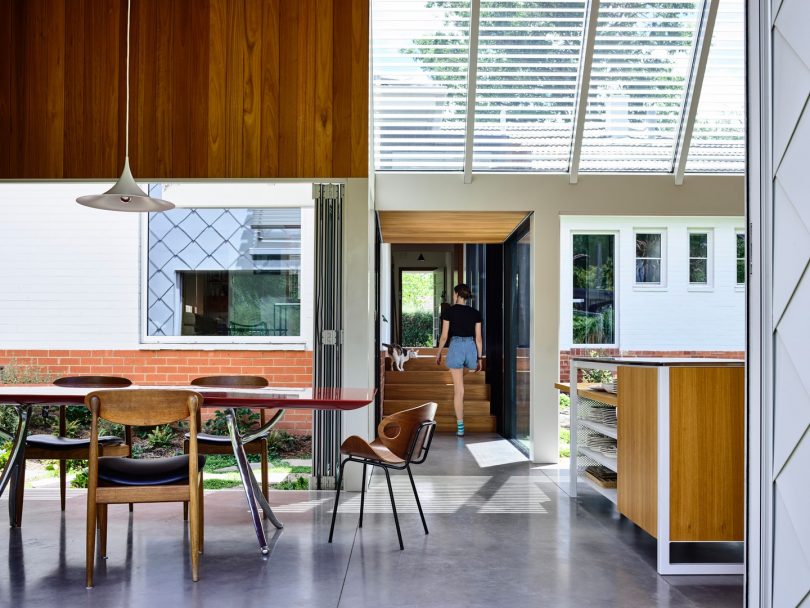 An internal view of Empire showing the connecting stairs between the two buildings.

Australian Institute of Architects ACT jury chair Sarah Truscott said at the time that Empire was a refreshing experiment in quality over quantity where the owners and architects had worked together to retain the heritage of the existing home, with an overriding emphasis on craftsmanship and detailing to create compact, contemporary additions.

“Empire is located on a road that forms a key part of Burley Griffin’s masterplan. The architects have shown respect for Canberra’s built heritage by preserving the best of this home and creating smart additional living spaces inside and out for all seasons,” she said.

The extension was built by Preferred Builders and completed in January 2019.

Austin Maynard said: “As architects, we felt an incredible sense of responsibility to protect and preserve the original modest cottage, rather than following the trend of demolishing Canberra cottages and replacing with large McMansions.

“Empire House is an exercise in considered intervention and restraint. It would have been easier, and a lot less fun, to knock down the existing cottage and start again.

“The answer was to go in with a scalpel, making some big moves, without damaging too much. We cleared the site lines and created a corridor straight through the house, allowing still spaces and activity zones. We opened up to the outdoors and celebrated the exterior, giving clarity and creating a discussion between the old and the new.”

Simply stunning, award winning and sustainable, a masterpiece in Merimbula