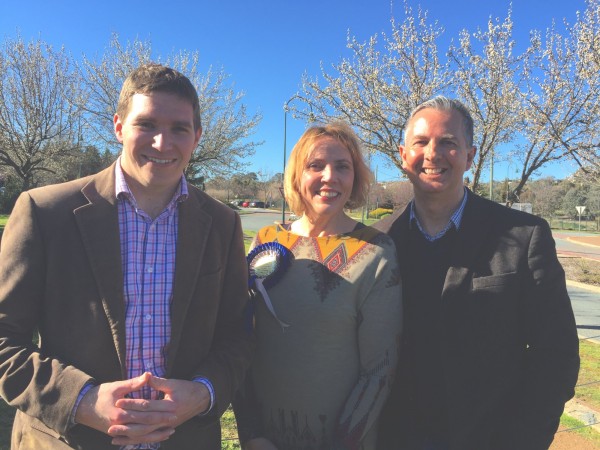 With seven weeks till the 2016 Assembly election, the candidates are out in each of the five new electorates.

Each person standing, be it for a Party or as an independent, is personally committed to serving all of the ACT community to the absolute best of their ability.

No voter should doubt this honest aim however unrealistic many so-called policies may appear. They are heartfelt and directed at doing what is best for us.

Most probably also are unintentionally misleading.

The first difficulty in listening and promising to do something about major and minor issues a candidate faces during a doorknock is you don’t have all the information needed to explain why, for example, the rates keep rising or how you – Party or independent – will reduce them. You have no guarantee what you promote will be delivered upon anyway. Your promises are dependent upon bigger financial issues, even unknown currently, to which you may not be privy. 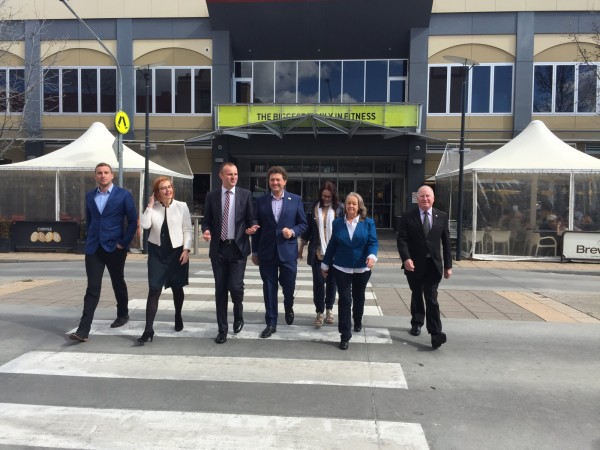 If successful in being elected your unqualified commitments to the community are often threatened from two perspectives.

Some promises are impossible to deliver and you live with it. Secondly, and this is more destructive to your political future (because people forget your promises) is a failure to keep in touch.

As a member, worse as a minister, you can remove yourself from your constituents behind secretaries and other staffers. This is not necessarily intentional but simply easier to do in a busy schedule – and no mistake politicians are busy – so others make the calls, perhaps even sign the letters.

And suddenly this enthusiastic doorknocker pre-election becomes a remote elected representative like all before them.

Which is when mistakes occur.

Unless the parliamentarian is on top of the game or portfolio, the first they know of trouble is from the media and then it is too late in the scramble to find out what happened and try to repair the damage.

The principle of ministerial responsibility is commendable, however in the increasingly complicated world of government it is not always fair. Yet often the problem has existed for some time, hidden from public view.

We therefore need to expose our politicians more to the community than just making speeches and opening things. Some businesses, for example, insist their chief executives regularly serve front-of-house looking after customers. Our Assembly members could do the same and do so now through constituent appointments, even talkback radio. But is it enough?

The absence of electoral offices has been noted. Apart from the practical difficulties of accommodating five members of different political persuasions at a cost-effective central point, previous attempts have had mixed results.

If people are reluctant to visit politicians’ offices here in our compact city/state electorates we have an alternative: visit the constituent.

This might be too demanding for a time-challenged minister but personally phoning back the caller works similar wonders and will restore enthusiasm for the pre-election doorknocking candidate.

Reconnecting with the community once elected will help challenge the current cynicism toward politicians. Try it.

Pictured campaigning in their electorates are at top, Liberal candidate for Yerrabi Amanda Lynch with Opposition Leader Jeremy Hanson (right) and his deputy, Alistair Coe (left), at Ms Lynch’s campaign launch at Gold Creek on Sunday and above, the Labor candidates for Brindabella with ACT Chief Minister Andrew Barr (third from left) and Minister for Transport and City Services Meegan Fitzharris (second from left) at an announcement about upgrades to the Tuggeranong Town Centre last week. The five Brindabella contenders are from left Taimus Werner-Gibbings, Karl Maftoum, Angie Drake, Joy Burch and Mick Gentleman. Photos: CHARLOTTE HARPER

From the OP “Reconnecting with the community once elected will help challenge the current cynicism toward politicians. “

The current turmoil surrounding the repayment travel costs of Labor Senator Sam Dastyari by a Chinese company is a topical example of the loss of confidence in elected representatives. Without that being restored, there can be no reconnection with the community and the current cynicism toward and loss of confidence in, politicians, will only get worse. Reconnection by itself is only part of the problem.

I’d like to see political careers limited to say 10 years, 2 maybe 3 terms. I don’t think politics should be a long term career for anybody. Get in, make your mark, then hand over to someone new. That would help politicians stay in touch with the real world.

Also, make say 5 years experience in a career outside politics a mandatory prerequisite for being able to nominate for office. I think the professionalisation of politics where people go from student politician to political advisor to politician has served us all poorly.

Well said. At all levels of Government, not just in relation to the ACT elections/MLAs. In the ACT, elected rep’s just seem to lose their identity, independent thought and connection with voters/ratepayers who put them there- they are essentially swallowed up by the party and regurgitate the party line over and over.

But there can be no connection with voters/ratepayers if there is no transparency of Gov’t decision making, perceptions of corruption and opposition to an ICAC type body for the ACT, cronyism, being too close to developers and of course, arrogance, etc, etc…..

chewy14 - 8 hours ago
Dolphin, I find it hard to believe that someone who worked in the area doesn’t know something as simple as the topics I was... View
ACT Election 15

Capital Retro - 9 hours ago
That means it will be a Labor/Green government forever and there are signs on this thread that that is no longer palatable. View
HiddenDragon - 11 hours ago
It's not minority government - it's a coalition, with Labor too often following the Greens down the rabbit hole, and the Gree... View
Acton - 14 hours ago
Do you remember Pitch n Putt at Woden? A popular community recreational area. Now derelict and set aside for apartments.... View
Property 12

Capital Retro - 11 hours ago
I did not claim that interest rates cuts only happened now. They have been happening for 10 years and this was the policy of... View
chewy14 - 22 hours ago
Capital Retro, Firstly, most of the interest rate cuts happened well before the current crisis, so you can't just claim your... View
Brenton Higgins - 23 hours ago
Joshua we’ve had two elections on that already. Canberra decided. View
News 47

@The_RiotACT @The_RiotACT
Undecided about who to vote for in the ACT election? Our latest newsletter wraps up the last 7 days in local politics + all the other news of the week https://t.co/yP6PEPY6bp (8 hours ago)

@The_RiotACT @The_RiotACT
Heading to the beach during the school holidays? As part of a new COVID-safe strategy, beachgoers are being advised to keep a towel-length away from others https://t.co/g5Pa80HbTr (9 hours ago)

@The_RiotACT @The_RiotACT
More people in the community have likely been exposed to COVID-19 than first thought, according to blood tests conducted by researchers at the ANU https://t.co/oNYMAnzO81 (11 hours ago)