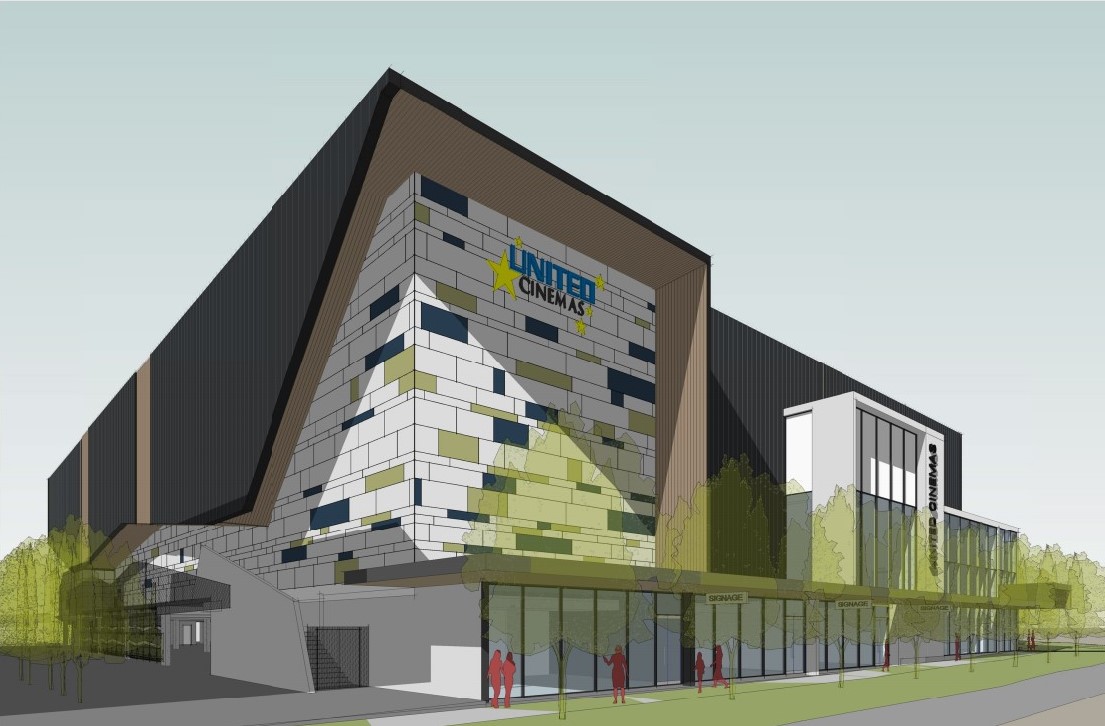 The site for the Gungahlin cinema was selected 10 years ago, but it’s still nowhere to be seen. Photo: Supplied.

It’s almost a decade since Sydney-based United Cinemas announced plans for cinema complexes in Gungahlin and Queanbeyan, but it seems they’re no closer to opening.

Since COVID-19 arrived in 2020, news on development has fallen quiet.

The Gungahlin cinema site on the corner of the Hinder and Efkarpidis streets was first selected by the ACT Government in 2012. Franklin-based developers Krnc Group initially pencilled in February 2022 as a completion date, but that’s come and gone.

Gungahlin Community Council President Peter Elford said he received an update last year that effectively ruled out any timetable for the start of construction.

“Once we are all comfortable in the re-emergence of cinema industry and usage, we can then move forward,” the statement from United Cinemas read.

Mr Elford expressed “utter frustration” on behalf of the community.

“The whole thing has been a sorry saga. We’re a growing community of 90,000 and we don’t even have a cinema.” 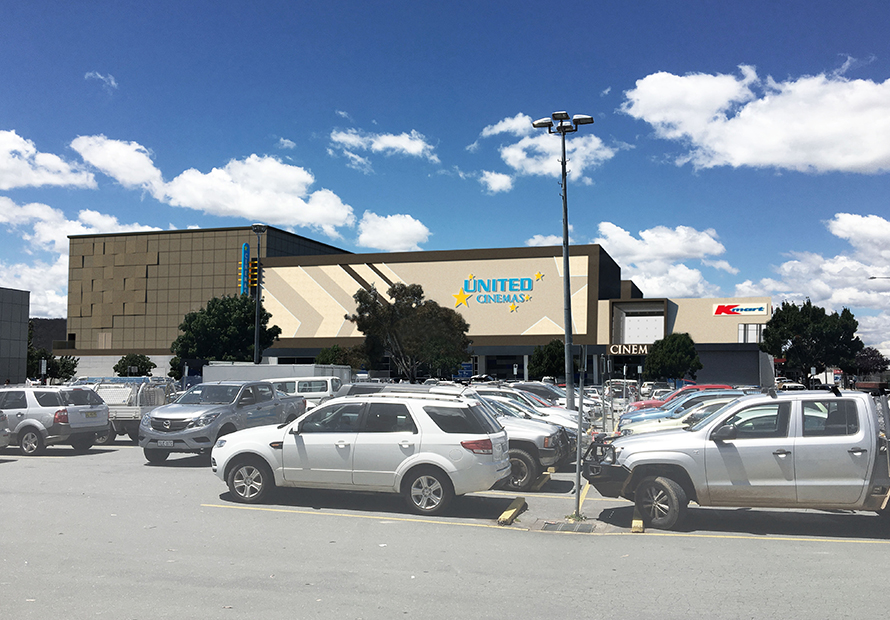 Over the border in Queanbeyan, another United Cinema is in the same boat.

A development application (DA) was first approved by Queanbeyan-Palerang Regional Council (QPRC) on 14 March 2018 for the cinema to sit above Kmart on 30 Morisset Street. It would consist of nine cinema screens and several dining options.

The site was stripped at the end of 2020 in preparation for developer Sandran Pty Ltd to begin construction in 2021.

QPRC said they have not heard from the developer about whether they will progress the project.

This month, United Cinemas told Region plans are still in place to build both cinemas, but they are biding their time while the industry recovers from the effects of COVID.

“We should have been built both by now, but it’s only COVID that stopped us,” founder Roy Mustaca said.

“We don’t know where the industry is going so we’re just going to hold still until we know more. It’s like a movie where someone has had a bad dream.”

The cinema industry has been smashed by COVID-19 due to social distancing restrictions, losing about 90 per cent of its revenue since the pandemic hit Australia in early 2020. This came on top of an onslaught of streaming platforms that put small-scale cinema experiences in everyone’s lounge rooms.

United Cinemas runs nine complexes in Australia, most of which are in NSW. The company has 21 approved development applications across the country, including at Gungahlin and Queanbeyan. All of these are on pause while the industry recovers.

Mr Mustaca said not only is there still too much COVID around for their liking, but building costs have also risen on the back of supply shortages.

“We are still working to give you cinemas,” he said.

“It’s difficult to put a time on it, but we are certainly not confident that it’s going to be soon.”

There is some good news for Gungahlin, though. The 50 and 25-metre pools at the Gungahlin Leisure Centre are set to reopen in time for spring after two years and $4.63 million worth of repairs.

Honestly, as much as I would love a cinema in my backyard, how many cinemas can Canberra really sustain. There’s Dendy with its massive upgrade, two Hoyts, Limelight, and Palace Electric. People forget, but the one in Kingston closed down for a reason and civic used to have two.

Queanbeyan NSW need’s Cinemas were 30mins away to 40 mins away from anything in the ACT However the ACT has already 3 cinemas in there small regional state .

The ACT Gov should step in!
Give United an ultimatum that they either commence building now & state a reasonable time frame, or give the land to Hoyts!
There is construction going on all around Gungahlin, except for something that the whole community could utilise 🙄

The Gungahlin project should only go ahead if they put in adequate parking. The original plans had very little parking – not nearly enough for the projected number of customers. Since then Gungahlin and surrounding areas have grown larger so parking is more important. A multi-level undergound carpark would be the best the way to go.

The Greatest insult is that the alternate site for the Hoyts cinema in Gungahlin the second story expansion of the Marketplace has cranes and construction crews working flat out.

This saga is beyond ridiculous. Time for some other company to take it over and build what we were promised. 🤬🤬🤬🤬

While it would be great if Gungahlin got a cinema, it’s not that far to go to Belconnen to watch a movie.

Still blaming covid are we?

They should have just given up the contract to allow Hoyts the site.. we might of actually got some progress then 🙄

Do people still go to the movies in large enough numbers to make it viable? Last time I went to the movies, there were maybe 30 people there…

So appalling and a disgrace

Why is anyone surprised? Covid has changed many investments & business outlooks.

So what is the real excuse for that delay ?? I read the article and it is as vague as our Labor MLA’s