Have you seen Vanessa Stuart? – FOUND 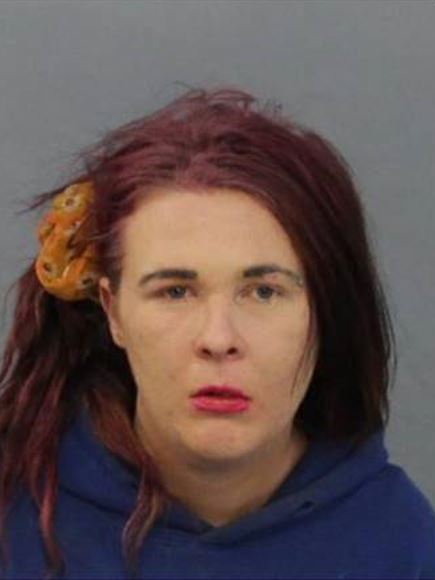 Vanessa Stuart has not been seen since last Sunday (7 February). Photo: ACT Policing.

UPDATED 7:00 pm, 19 February: ACT Policing has announced that Vanessa has been found safe and well. Police have thanked the public for their assistance.

Vanessa has not been seen or heard from since leaving The Canberra Hospital in the direction of Hindmarsh Drive at about 8:40 am on Sunday, 7 February 2021.

She is described as Caucasian in appearance, about 163 cm (5’4”) tall, with a medium build and black hair.

According to ACT Policing, when she was last seen, she was wearing a white t-shirt, green trousers, heavy eye make-up and lipstick.

Vanessa has been known to frequent locations around the Canberra city centre. She has no known family or friends in the ACT, no known residence here, and may have travelled interstate.

Police hold serious concerns for Vanessa’s welfare, and are renewing the request for assistance to locate her.

Anyone who has seen Vanessa, or who may have information regarding her whereabouts is urged to contact ACT Policing Operations on 131 444. Please quote reference number 6729218. Information can be provided anonymously.

Aditi Verma - 54 minutes ago
This is the lunch place in Dickson with the amazing pasta I was telling you about Akshata Giri 😭 View
Clare Lee Gerhardt - 1 hour ago
What!! I love your coffees! View
News 24

Sarah Kristine - 1 hour ago
Or perhaps, suburbia doesn’t belong here View
Shaun Rivera - 2 hours ago
Zoe Lewer yep if we all lived in humpys that would solve the problems View
Peter Rudd - 2 hours ago
Deciduous trees make sense, shade in summer, light in winter. Of course we must keep gum trees for wildlife and ecosystem but... View
Opinion 27

Jennifer Manson - 2 hours ago
Many people do not find it entertaining at all, but rather boring, so it's good to see some fun. View
Kate Olivieri - 3 hours ago
1. Damn, so many haters 2. You forgot Liam Broady complaining too 3. Aus Open should be so happy these guys are drawing crowd... View
Lucy Humphreys - 4 hours ago
Tennis is very entertaining without show ponies. View
News 190

Samuel Gordon-Stewart - 7 hours ago
Hmmm. London Circuit near the library would be a good site for a waste facility. Currently has a couple government buildings... View
Megan Hogan - 8 hours ago
Hopefully they’ve considered run off implications for the water courses there. View
News 28

Have you seen Chelsea Crivici? – FOUND

Have you seen Carolyn? – FOUND