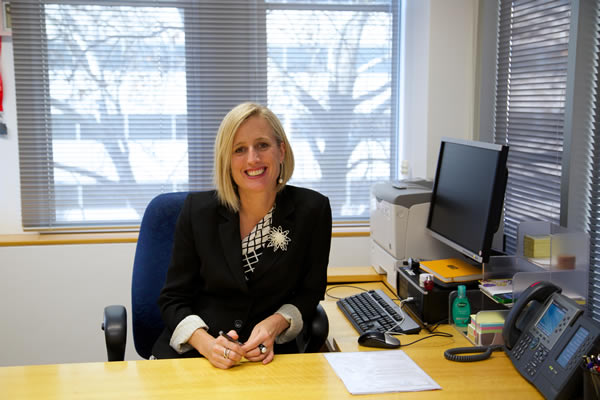 Katy Gallagher is undoubtedly one of the most popular leaders in Canberra’s history. Her electoral vote is astronomical, and she is respected for her stoic mind and steady hand. Indeed Katy could blow up a hospital and go on shooting spree of endangered animals with Bob Katter and still enjoy enormous public support.

Understandably, Lundy’s decision to resign forced Gallagher’s hand. But why has she chosen to be a Senator at all? Gallagher is a first minister with an entire public service at her disposal, and has only been in the job for three-and-a-half years. She is leaving that for what has historically been a rather languid position in a chamber of 76. Apart from the Penny Wongs, Eric Abetzs, and Nick Xenophons, the vast majority of our senators have a combined IQ of below zero, and whilst Gallagher would counter this affliction, why has she chosen to be part of it at all?

After a lengthy conversation with an MLA who wishes not to be named in this article, it is clear that the implications of Gallagher’s transition are for more complicated than her reasons. As with Zed Seselja, Gallagher did not choose the Senate because her talents would be best utilised there, as is the clichéd rationale. She chose the Senate to ensure her political longevity and, as it will be a less demanding job, she will have the opportunity to spend more time with her family.

Light rail, Mr Fluffy, and a number of other budgetary pressures are playing into the hands of The Canberra Liberals who are playing a very steady and sneaky game at the moment. In 2016, it is possible that the Liberals will win Government, but they have never achieved this without the support of smaller parties or independents. At this very moment the Canberra Liberals are in the throes of amassing a number of small faux-parties and independent candidates who will give the Liberals the gong for Government in a balance of power situation. Some of these parties might be named ‘The Small Business Party’ or ‘The No Light Rail Party’ for instance. Indeed if Christine Milne had her way, Shane Rattenbury would have given Government to the Liberals in 2012.

Regardless of one’s individual political persuasion, this is a step in the right direction for the people of the ACT. Lundy, although intelligent and goodhearted, is as charismatic as a bessa block, and her handling of the ASADA scandal was as embarrassing as Joel Fitzgibbon’s stint as Minister for Defence in 2008. It may also soon be time for Gai Brodtmann to move on as she also fits the bessa block analogy.

Personally, I would proud to have Andrew Barr as the Chief Minister of the ACT, and politics aside, I would be proud that it would be the ACT whose First Minister is an openly gay man. Barr’s challenge will be to balance the social progressiveness of his heart and mind with the conservatism still entrenched in much of the Labor supporters.

The change of the chief may also have serious repercussions for the relationship between Labor and the Greens. The first is that if Labor feels that it must ditch or delay light rail in order to win in 2016, it will, and a new Chief Minister will be the perfect excuse. The second is that what better way to counter the image of Barr’s hyper-progressiveness with a little bit of Green bashing.

Thanks Katy, but we were expecting you to stick around for a little longer…

Having worked with Labor, I know that Christine Milne was agitating Shane to give the balance of power to the Liberals. She wanted to teach Labor a lesson. Shane should come clean with that too.

There are a lot a issues that can come back and bite Katy G at the next election and if the unthinkable (indeed nigh on impossible given the current feeling towards the ruling occupants in the Big House) happens and the ACT goes Liberal at he next election then Katy’s legacy will be thrashed, trashed cast into the deepest pit of political hell. If she jumps now she can leave as a popular Chief Minister and get a comfy Senate seat for life, if she goes after an election loss she would go as the person who destroyed the ACT economy, built a dud light rail system, buggered the health system and only just stopped short of the massacre of innocents.

Steven, who is this Christine Milne that you speak of? The only Greens I ever hear of on the media are Adam Bandt and Sarah Hanson-Young. I agree with you that their combined IQ’s would be less than zero. Katy will not be intellectually challenged in the Upper House.

It’s interesting that the Sex Party is hitching its wagon so comprehensively to the Left, when the sex industry is a spectrum of free enterprise and business, and pretty much nothing else.