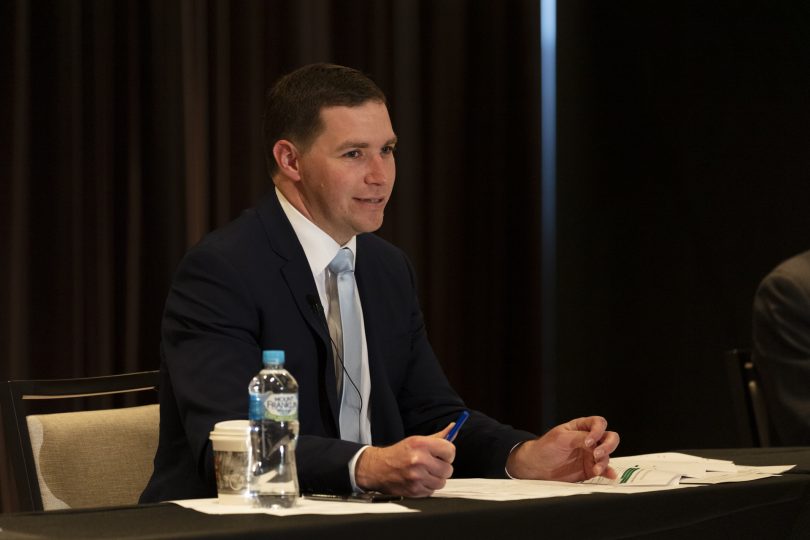 Mr Coe launched his attack after deflecting a question from ACTCOSS CEO and forum host Dr Emma Campbell about how his party would pay for services given he has committed to freezing rates and will have less revenue to work with.

He argued that by making housing more affordable in the ACT, the Territory would retain more people and grow the economic pie rather than sending Canberrans into exile across the border.

”Why are we sending first home buyers and renters over the border into NSW where they will forever pay rates, taxes, fees and charges in NSW … rather than here in the ACT, despite the fact there is a fair chance they’re still going to use ACT schools, ACT roads, ACT hospitals etc?

”I don’t think we should be encouraging theses satellite towns outside of the ACT full of exiles, people who have been driven over the border. We’ve seen this sort of policy failure in America … It shouldn’t be that way.

”We should be competing here in Canberra. We should be providing the housing stock that our city so desperately needs.”

Posted by The RiotACT on Tuesday, September 1, 2020

Mr Coe identified the problem as high rents in Canberra and not enough freestanding houses, accusing the government of railroading people into apartments. 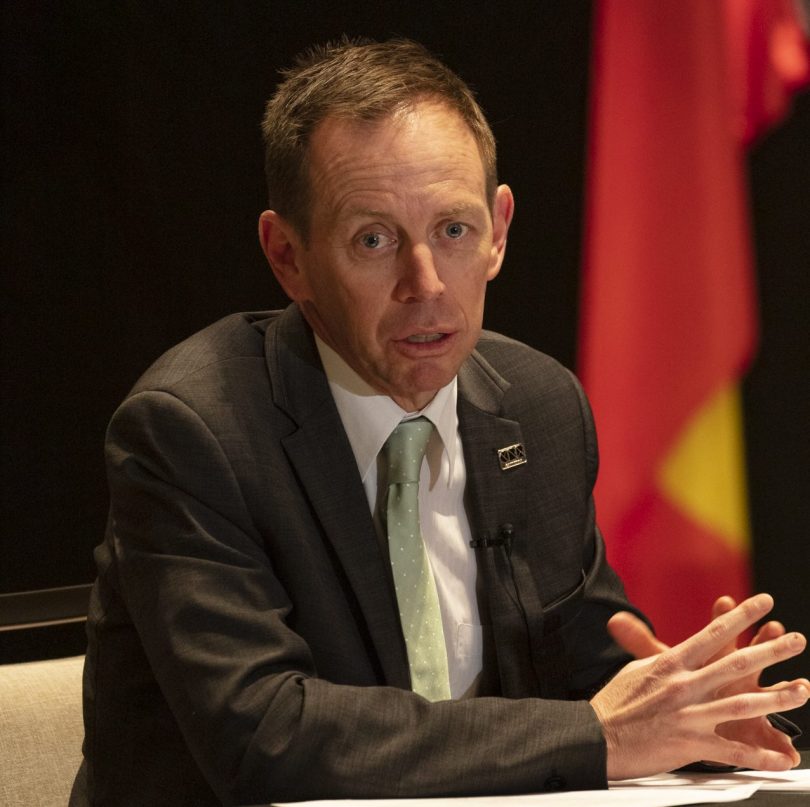 Mr Rattenbury zeroed in on this while supporting the idea of the compact city.

”Every new suburb that is built on the edge of town consumes remnant bushland and wildlife habitat and, more importantly, also drives transport poverty,” he said.

”The further away you live the greater your transport costs so we are simply not going to say keep expanding Canberra outwards.

But he also took aim at the government’s priorities, saying that with the tight fiscal outlook government will need to make tough choices.

”We need, in this city in the next four years, housing more than we need road duplications across our city,” he said.

Mr Rattenbury said the Greens took a ”housing-first approach”, and referred to their previously announced plan to boost public and social housing. 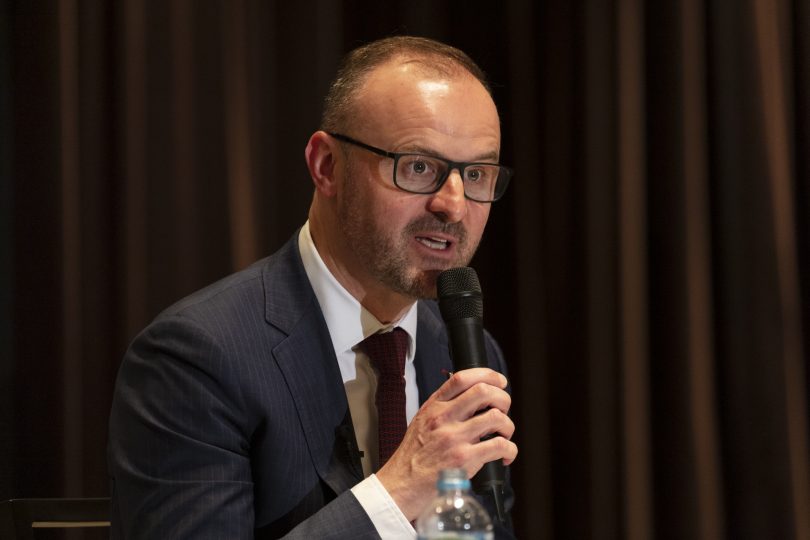 Chief Minister Andrew Barr noted that the cost of housing was a challenge everywhere but said the roots of the problem went back to the Howard Government’s coupling of capital gains tax concessions with negative gearing.

He said the government would continue to invest in its $1 billion public housing program, social housing such as the Common Ground initiative and release new land. He also flagged more announcements on build-to-rent schemes.

He pointed out that building approvals for July were well up on the previous month and the same time last year.

Mr Barr also said there was no evidence to support Mr Coe’s claim that people were fleeing across the border to escape unaffordable Canberra.

At last some one who is willing to reverse the government’s manic infill policy. The idea that higher density cities brings down housing costs is a myth. The sad reality of higher density living is that it drives housing cost up.
In a 2018 OECD working paper entitled ‘Demystifying Compact Urban Growth: Evidence From 300 Studies From Across the World’ the paper’s authors concluded ‘Crucially, increasing compactness can contribute to higher house prices: a 10% increase in economic density raises rent by US$240 per person, which is not fully compensated for by the higher wages associated with compactness. This means that the net effects of higher density depend on whether or not residents own property. Increasing compactness is likely to benefit homeowners, but is potentially harmful to renters and first-time buyers. Given that homeowners tend to be wealthier than renters, this could potentially exacerbate inequality within cities.
https://newclimateeconomy.report/workingpapers/wp-content/uploads/sites/5/2017/09/NCE2017_OECD_CompactUrbanGrowth_02012018.pdf
Similarly in a 2016 study that analysed of data from eighteen US regional metro regions showed that ‘greater compactness is associated with higher housing costs’ not lower costs. http://www.newgeography.com/content/005183-what-price-urban-density

@Hamba – agreed. But generally speaking, most politicians blame other politicians. That’s why a more transparent system, where multiple levels of government aren’t dealing with the same things would be beneficial. Pigs will fly of course.

In any case, no doubt there are cross-border exiles. But I don’t consider this actually to be an issue. Mr Coe wants to “bring these people back” to increase revenue sources, however it seems to be counterproductive as it will add extra demand to the land he intends to release. Hence increasing cost.

Neither party outlines a strategy about how they will house people once the ACT runs out of “useable” residential land. I don’t think Labor has done a good job at supplying housing for those on lower incomes and the Liberals policy just seems to be poorly thought out and contradicts other things they say they want to achieve.

Is there any local problem that Barr hasn’t tried to pin on the Commonwealth Government at some point? Regarding cross-border exiles, I personally know a few dozen. 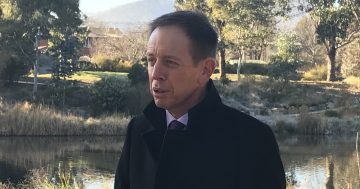