Mr McGee and the Biting Flea comes to Canberra this June 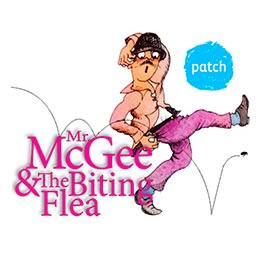 This wonderful production, perfect for 4-8 year olds and families, has been enchanting children around Australia since 2007 using an assortment of props and found objects. Three performers bring the stories to sweet, music-infused life while offering powerful connections to the inner lives of children. Mr McGee and the Biting Flea features adaptations of Pamela Allen’s stories: Mr McGee, Alexander’s Outing, Belinda, Brown Bread and Honey, Mary Elizabeth’s House and Mr McGee and the Biting Flea.

This multi-award winning production has won the National Helpmann Award for ‘Best Children’s Presentation’ in 2008, the Adelaide Critics Circle Award for Innovation in 2007 and the Australian Performing Arts Centre’s National Drovers Award for ‘Touring Excellence’ in 2007.

Mr McGee and the Biting Flea

For further information contact Canberra Ticketing on (02) 6275 2700 or visit canberratheatrecentre.com.au

Mark Katalinic - 59 seconds ago
It'd be nice to see cyclists using the infrastructure already in place. See cyclists merrily ignoring the cycle path 2m to th... View
Margaret Freemantle - 7 hours ago
Colette Robinson and bells!! View
Colette Robinson - 11 hours ago
As both a pedestrian and cyclist on shared paths, I am so sick of the arrogance, double standards and behaviour of certain cy... View
Property 33

Carly Maree - 9 hours ago
I love how people act surprised when this city has some of the worst crime I’ve ever encountered? I lived in Sydney for 8 y... View
theroundone - 20 hours ago
Who's getting punished, though, asides from law abiding rates payers in this city? A racial or sexist epithet is treated more... View
News 1

HiddenDragon - 12 hours ago
The report aired on ABC Canberra news tonight about the devastating impact of the hailstorm on important crop resilience rese... View
News 12

mark boast - 13 hours ago
Why the rage against e-scooters? I ride the paths a lot on my bike and for the most part I see people behaving well and enjoy... View
Food & Wine 28

Rohit 'Swarley' Singh - 16 hours ago
The old demand a 50 upfront then charge you cause you're cooked again View
Buck Johno - 1 day ago
From what I remember of night rider busses it was only over summer. View
News 7

Due to unique circumstances, I am one of those Canberrans who had to endure a daily COVID-19 checkpoint at the...
Property 33

Corunna Farm at Corunna is one of those rare properties which represents a generational opportunity for a landmark holding on the...
Property 32

@The_RiotACT @The_RiotACT
The Dirty Sunflowers will be joining Slagatha Christie & Highland Light on stage this week. Find the details in our latest Gig Guide https://t.co/dJxSjsQRbd (10 hours ago)

@The_RiotACT @The_RiotACT
Multicultural Eats: Where to find the best Indonesian food in Canberra https://t.co/v5lPRYRs5P (11 hours ago)

@The_RiotACT @The_RiotACT
The ACT Government's about to launch its biggest-ever domestic tourism marketing campaign. What experiences would you promote to Australia? https://t.co/Oe3GbmEsGw (13 hours ago)