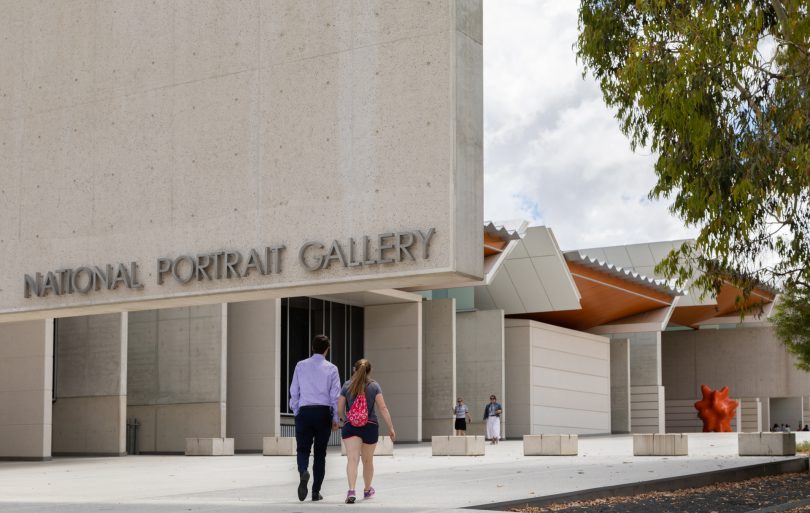 The National Portrait Gallery has been evacuated. Photo: Michelle Kroll.

The National Portrait Gallery has been evacuated and police have closed roads in the area after a possible threat has been made.

An ACT Policing spokesperson said officers were responding to an incident at the gallery.

“The building has been evacuated as a precaution and people are asked to avoid the area,” the spokesperson said.

The incident follows the evacuation of the Westfield Shopping Centre at Woden yesterday after ACT Policing received a report of a phone call relating to a threat to a store at about 1:10 pm.

The shopping centre was evacuated as a precaution. The store was searched and nothing suspicious was identified.

An investigation into the incident is ongoing.

It is unclear if the two incidents are linked.

@the_riotact @The_RiotACT
Looking for a year-round #SnowyMountains home that has it all? This beautiful #home on the shore of Lake Jindabyne has every luxury and convenience you could ask for, and some you never knew you needed https://t.co/pXr0NwK2ap (11 minutes ago)