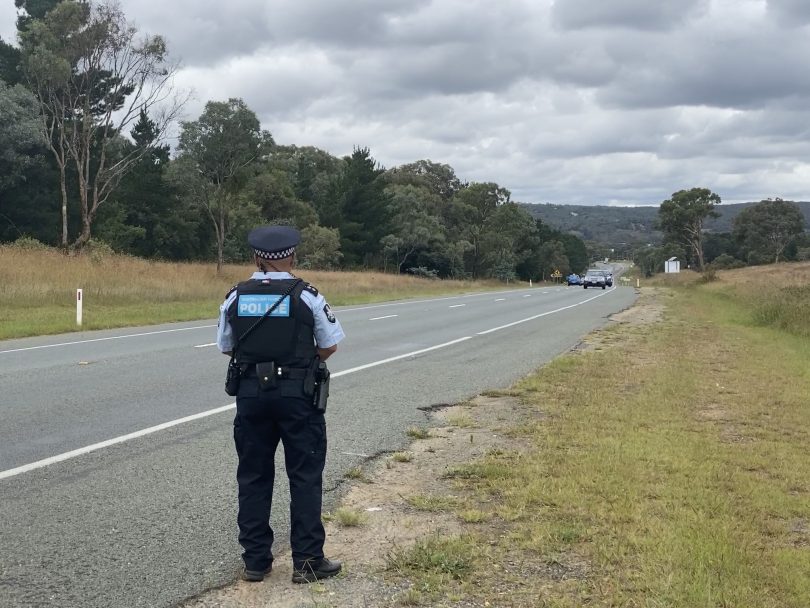 A man was struck by a car and left for dead along Pialligo Avenue near Queanbeyan last night.

Police received a call informing them a man’s body had been found on the side of the road near the Air Disaster Memorial between Oaks Estate Road and Scherger Drive in Majura.

Police are now seeking information and dash-cam footage from any witnesses who may have been in the area between 10 pm and 11:30 pm last night.

ACT Road Policing Acting Inspector Ken Williams said it appears the man was walking along the road in the direction of Queanbeyan when he was struck by a vehicle.

“At present, we are still working to establish what happened last night in the lead-up to this man’s death,” Acting Inspector Williams said. 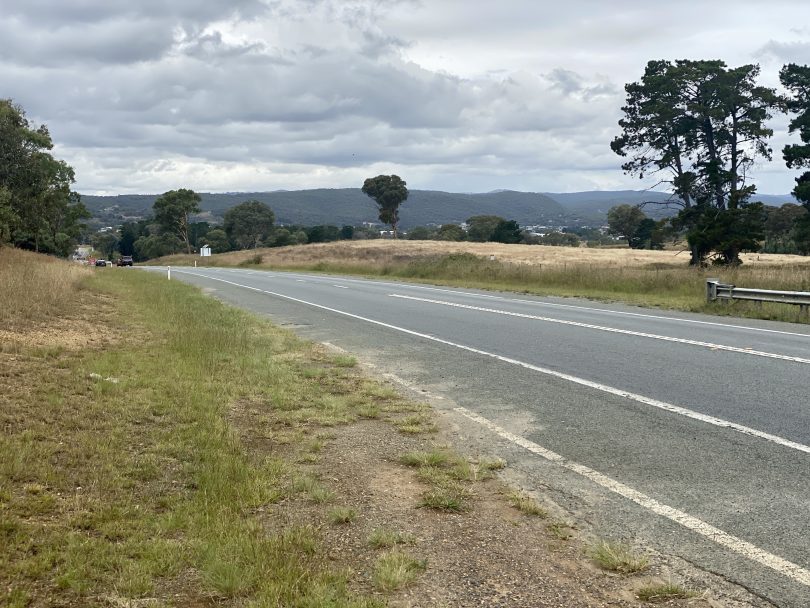 The man was walking along Pialligo Avenue towards Queanbeyan. Photo: James Coleman.

“Normally, there are a lot of indicators where we can piece together what happened. Unfortunately, there are none of those … It has happened in an isolated location where no CCTV footage is available, but we believe there would have been several cars on Pialligo Avenue last night as several events had concluded around that time.

“I am urging everyone who drove past the Fairbairn Plantation between 10 pm and 11:30 pm last night to let police know what they saw. And anyone who saw a man walking on Pialligo Avenue should also contact police.

“If you have dash-cam footage, please save the footage and get it to us to help us find out what happened to this man. Every bit of information will help us complete that picture.” 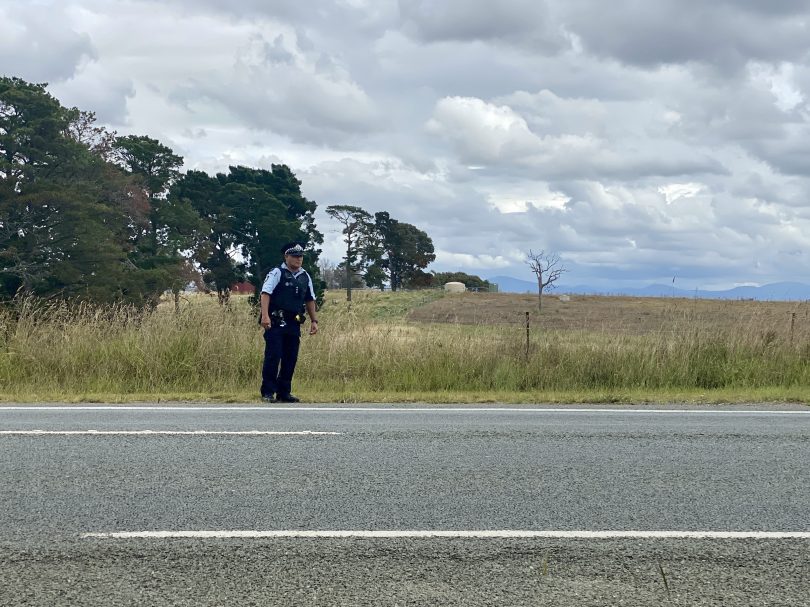 Police have advised the man’s family of his death but have not released further details. The matter has been referred to the coroner.

This is the third fatality on ACT roads for 2022.

“Once again, our message to the public is to look out for our vulnerable road users and just take extra care, especially when travelling late at night in low-light areas,” Acting Inspector Williams said.

Anyone who witnessed the collision, or has any information about the circumstances leading to the man’s death, is urged to contact Crime Stoppers on 1800 333 000, or via the Crime Stoppers ACT website. Quote reference 7045713.

Consolidation to the man and his family, this story creeped me out just knowing people drove past without realising there was a dead body on the side of the road. 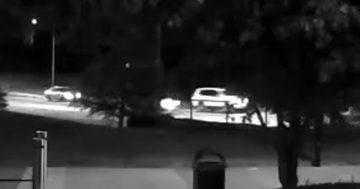 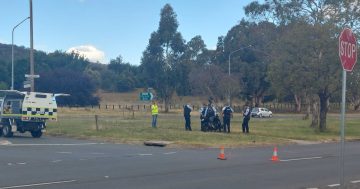