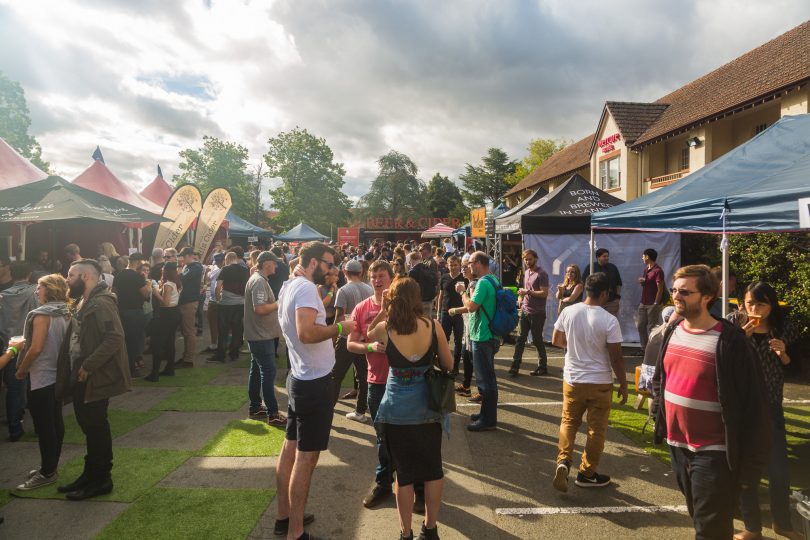 Join the throngs this Saturday (March 16) who will taste a wide range of beers and ciders at the 12th Canberra Craft Beer & Cider Festival. Photos: Supplied.

Up to 200 beers and ciders will be available for tasting at the 12th Canberra Craft Beer & Cider Festival this Saturday (March 16) which promises to be the ‘biggest-ever’ event of its kind.

This year’s festival will take on a street carnival feel with the heritage Mercure Canberra venue set to cater for the largest number of exhibitors in the event’s history.

Local exhibitors will include BentSpoke Brewing Co and Capital Brewing Co who together recently took out 11 of the top 100 spots for Australia’s best craft beers.

Specialist cideries such as Nightingale Bros Alpine Cider and Willie Smith’s Cider will also exhibit a range of ciders.

The festival will be held from 11 am to 6 pm this Saturday, March 16 and will be staged on the Batman Street lawns and on the grounds of Mercure Canberra in Braddon.

As well as enjoying beer and cider tastings, visitors will be able to take part in beer/cider food matching sessions, hear guest speakers and meet the brewers. 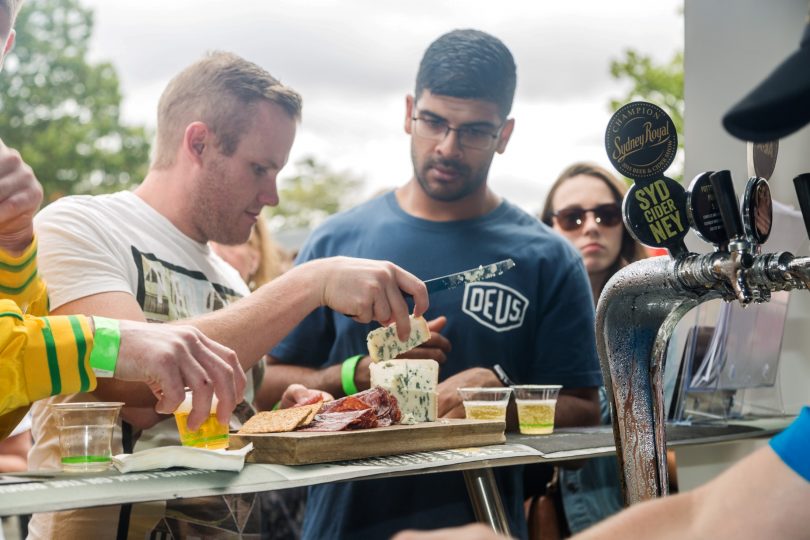 Visitors to the festival will be able to enjoy beer/cider food matching sessions.

Canberra has been cementing its place in the national brewing scene in recent years with an industry expert recently calling BentSpoke and Capital Brewing “standout” breweries who have taken Canberra’s beer offerings to the next level.

This was reinforced by their solid placings in the GABS Hottest 100 Craft Beers of 2018, with BentSpoke’s flagship Crankshaft IPA taking out third place in the influential poll and four of its other beers securing spots in the top 25.

Capital Brewing Co added to the city’s success by being one of only two Australian breweries to have six beers in the top 100.

This year’s beer and cider festival will once again help raise funds for Rise Above Capital Region Cancer Relief, a locally based group that provides support for over 950 cancer patients.

Tickets to the festival are available for $18 pre-purchase (via Moshtix) or $25 at the door (a booking fee applies).

For more information about the festival go to www.canberrabeerfest.com.au or click here to buy tickets.