The figures are in: here’s how Canberra’s regions have grown over the past year 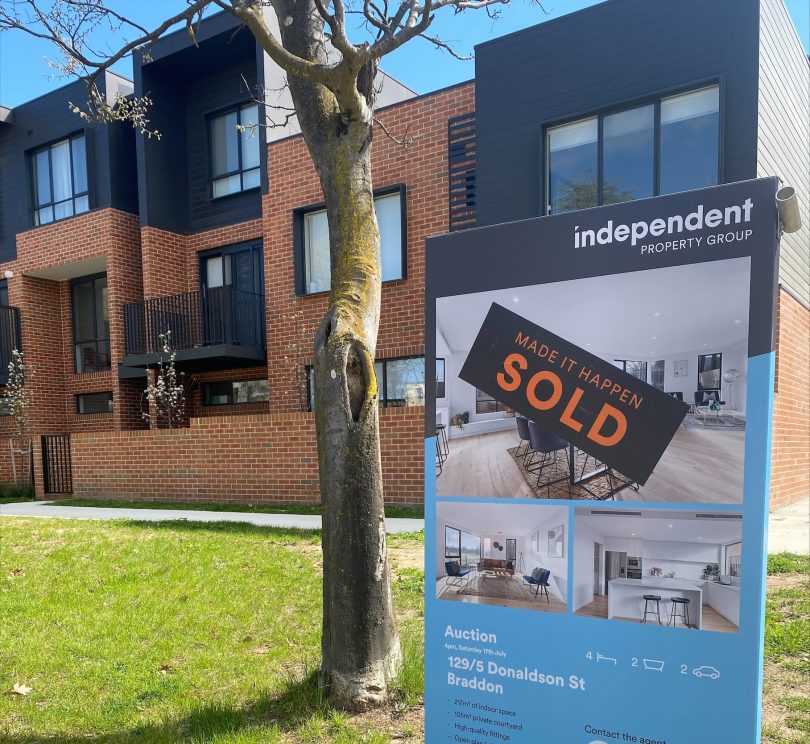 Canberra’s property prices have experienced their strongest upswing in history over the last 12 months, seeing the median house price exceed $1 million. According to industry experts, there’s no reason to believe the growth won’t continue in 2022, albeit at a slower rate.

Data from the latest Allhomes quarterly property price report outlines market growth for each region since September last year. The Inner South immediately presents as a clear winner, with house prices up a whopping 42.2 per cent. 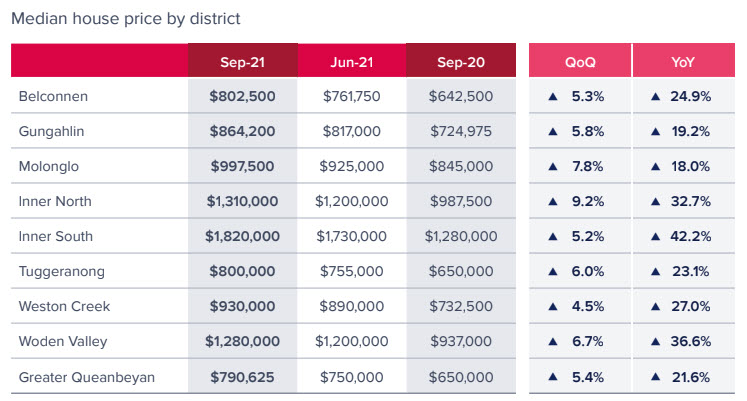 The second-fastest house price growth was experienced in Woden Valley (36.6 per cent), followed by the Inner North, Weston Creek, Belconnen and Tuggeranong. But even the region with the lowest growth rate, Molonglo, is up 18 per cent.

Unit prices across the board have stayed relatively consistent with last year. The fastest growth – 15.3 per cent – was in Tuggeranong. 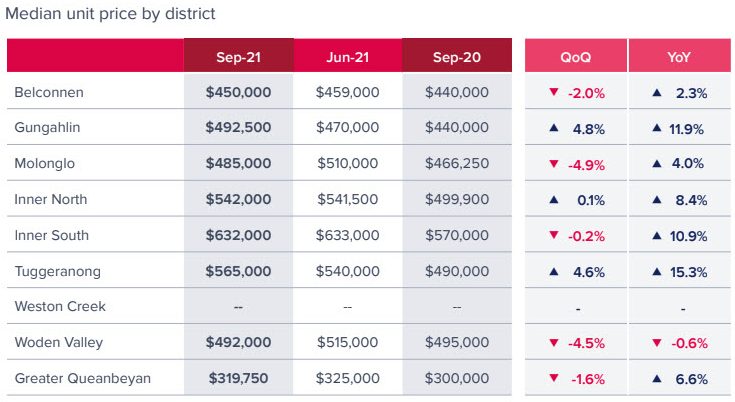 She says at least two factors are at play, one responsible for the lift in property values across Australia and the other specific to Canberra.

“The broad-based factors would be things like record low-interest rates, a lot of the savings that were pent up during lockdowns, and earlier on in the cycle, some of the incentives that were in place for home purchases, such as the First Home Loan Deposit Scheme,” Ms Owen said.

“Affordability isn’t as stretched as it is in Sydney and Melbourne because property prices were initially quite low compared to income in Canberra anyway.”

At the moment, the perfect recipe for increasing prices is still in place: high demand and low supply.

READ ALSO: Party over for houses as outpriced buyers look for value in density

Independent Property Group CEO Kylie Dennis says that the past year has been hectic for real estate agents.

“It’s very common to have up to 100 groups of people coming through a property that’s for sale,” she said.

She says all the indicators point to growth continuing over the coming year, even if it slows down.

“If you listen to the doomsayers, they say that it can’t keep going up and up like this and that sooner or later, the bottom of the market will drop out. No one has a crystal ball, but all the indicators are pointing to this not happening anytime soon.”

COVID-19 was expected to bring about the beginning of the end for the housing market, and although it presented some logistic difficulties for both sellers and buyers, the opposite occurred.

Ms Dennis has more reassuring news for anyone waiting for the opportune moment to invest or buy.

“There has never been a downturn in the Canberra housing market that has gone beyond the previous low. If you’ve got a deposit ready, the time is now.”

2 Responses to The figures are in: here’s how Canberra’s regions have grown over the past year
Filter
Showing only Website comments

We own our home thankfully but I can only imagine what this will do to rental values in a market that is already desperately short of properties to buy or rent.
How the hell do people on less than $75,000? manage to live here anymore?
Heaven forbid an interest rate hike for those with mortgages.
Great if you own a couple of houses but for most of us this is just some numbers on the crazy index.

Very pleasing to see, here’s hoping there’s much of the same to look forward to in 2022!

Trudy Anais McInnis - 2 minutes ago
I hated Triple J in the 90s and I love it now. Thank goodness it’s changed! And millions of votes led to The Wiggles coming... View
Monty Ki - 3 hours ago
Onelia Herriot that's my husband, for sure. View
Onelia Herriot - 4 hours ago
Kathleen Beck the band's choose who they cover. The station has no say. There has even been cases of the same song covered by... View
News 237

Tāmati Kentwell - 8 minutes ago
Hugh Gregory most income based schemes like this take into account number of dependents View
Jimbo Lambert - 25 minutes ago
If the reduction is about safety, shouldn't they install a warning speed check at the start of the 40 zone to warn drivers th... View
Jimbo Lambert - 26 minutes ago
Justo Justo I haven't been fined, as I now avoid going that way. In fact I didn't even know the limit had been reduced until... View
Food & Wine 20