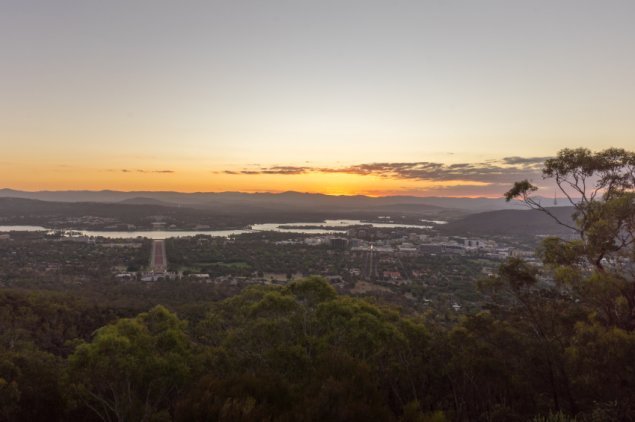 Australians are flocking to Canberra in greater numbers than ever before, with the capital smashing the record for domestic visitors for the year ending March 2016.

This represents the highest ever annual number of visits for the ACT and the second highest growth nationally.

Chief minister Andrew Barr hailed the figures as “fantastic news for Canberra”, particularly so when combined with the record international visits recorded by another Tourism Research Australia survey earlier this month.

Barr said the figures bode well for the launch of direct international flights from Canberra to Singapore and Wellington in about three months’ time.

According to the survey, expenditure also increased above national averages. Visitors to the capital stayed for a total of 6.2 million nights and contributed $1.3 billion to the local economy.

The ACT recorded the joint highest expenditure growth of all states and territories at 14.2 per cent, well above the national average of 4.7 per cent.

“My government is working with the ACT tourism industry to attract more visitors through VisitCanberra’s One Good Thing After Another marketing positioning, with a goal of growing overnight visitor expenditure to $2.5 billion by 2020,” Barr said.

The headline is misleading – the figures reflects visitor numbers which includes tourists but not limited to tourists.

Jenny Pearce - 13 minutes ago
Well done Barb, you bring joy to the little people in your care.😀 View
Lifestyle 11

Sandra Stevenson - 11 hours ago
Sylvana Whyte Good idea! View
Jennifer Blood - 13 hours ago
Very interesting explanation of how the buildings were constructed and leased, leading to the lack of uniform upkeep we see t... View
Iaian Ross - 15 hours ago
"To have time out, she would walk to Manuka Pool for a swim and walk back in time to be ready to cook the first breakfasts of... View
News 24

Asha Kidd - 12 hours ago
Is there a go fund me for these guys? View
Opinion 17

Joanne Boyanton - 15 hours ago
thanks Mark what every Hancockian needs to know. View
Ian - 1 day ago
This opens an interesting idea for industrial action. Everyone turn up at the same time on the same time, and overfill the av... View
News 23

Acton - 15 hours ago
Housing unaffordability is a consequence of Greens/Labor ACT Govt policy. Here's why: Restrict land releases - drives up the... View
Ol L - 17 hours ago
Not true according to Mr Barr Mr Barr said the analysis showed the stamp duty reductions were helping first-home buyers and l... View
News 3

Peter Curtis - 16 hours ago
I cannot agree more. View
Nick Swain - 17 hours ago
And so do the equally old Kingston shops. Both shopping centres have long standing nominations to be included on the ACT Heri... View
bj_ACT - 23 hours ago
Why is Morris always calling on the ACT Government to pour funds into areas where he is making millions and millions of dolla... View
News 70

To many, she is known as 'Mumma Mary', the queen of the road, or even the truck driving instructor in...
Courts & Crime 1

A shared path bridge connecting the growing suburbs of the Molonglo Valley to the Civic cycle path at North Weston...
*Results are based on activity within last 7 days

What’s the secret to keeping a family-owned and operated restaurant in business for almost 20 years? Three generations dedicating their...
News 70

Traffic lights on Cotter Road have been tweaked in a bid to help keep morning traffic flowing out of the...
News 24

@The_RiotACT @The_RiotACT
It does not make sense for someone to be locking up a four to six bedroom house when there are families in real need, says Ian Bushnell https://t.co/U5XZhHyrpR (2 hours ago)

@The_RiotACT @The_RiotACT
Mary left modelling for life behind the wheel of big rigs. Now, she's training the next generation of drivers & breaking more barriers in the process https://t.co/jy6HRnOqep (13 hours ago)