2 May 2022 | Ian Bushnell
Start the conversation 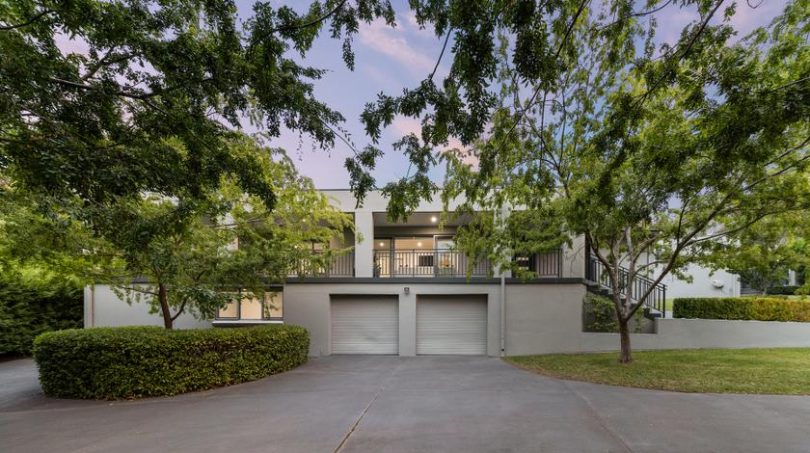 The heat may be going out of the housing market in the big two capitals, but Canberra prices continue to climb as a combination of high incomes, cheap money and a shortage of supply fed a 1.3 per cent increase for all dwellings – detached houses, units and townhouses – in April, according to CoreLogic.

The era of ultra-cheap money looks set to change after the Reserve Bank meets on Tuesday (3 May) to decide whether to lift the cash rate. However, interest rates will still be relatively low and supply will remain tight so the Canberra market, while not white-hot, looks set for more growth, albeit at a lower rate.

In March, house prices rose only 0.8 per cent while units and townhouses surged 1.5 per cent.

Units and townhouse price growth is now outstripping houses, growing 5.1 per cent in 2022, compared to 4.3 for the latter. Over the past months, house prices have risen 21.5 per cent, but units and townhouses are catching up at 18.4 per cent.

This reflects the dearth of houses on the market and, for many, the inability to meet the prices being demanded and received, turning them toward the more affordable medium and high-density sectors. 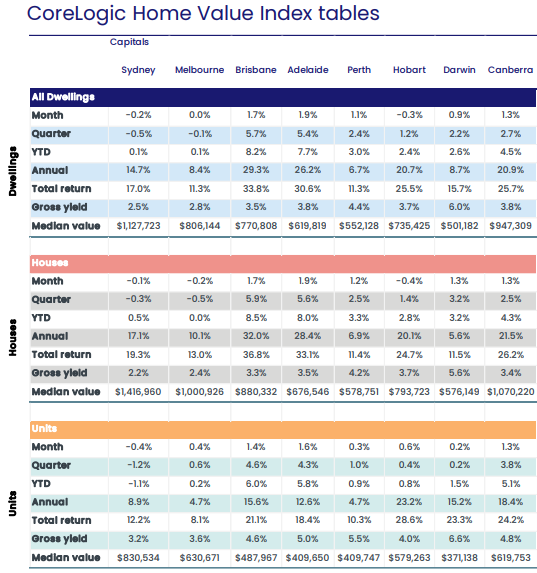 Dwelling value changes in April, by quarter and the year.

It comes in the middle of an election campaign where both major parties are wooing first-home buyers with assistance schemes.

In the ACT that has been accompanied by attacks on the Barr Government for limiting land supply for standalone homes, with Liberal Senator Zed Seselja saying he has successfully lobbied the Morrison Government to release 243 hectares of CSIRO land in Belconnen for housing by the end of 2022.

While clearance rates at auctions are down to 67 per cent, there was ongoing strength at the top end of the market, exemplified by a sale in Red Hill.

Conveniently located Weston Creek and Molonglo, which some are calling the new Inner South, dominate Core Logic’s the Top 10 suburbs for price growth over the past 12 months, led by Waramanaga, then Holder and Denman Prospect.

Coombs and Stirling also make the list, with Gungahlin’s Ngunnawal, Forde, Palmerston, Harrison and Nicholls filling out the other spots. 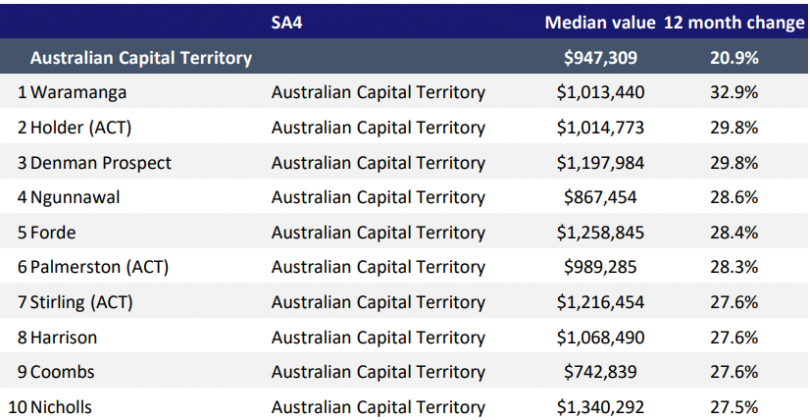 CoreLogic reported that Sydney and Melbourne hit the first quarter of negative territory since the extended lockdowns of 2020, bringing its national Home Value Index to just 0.6 per cent, the lowest reading since October 2020.

Hobart was also down in April (-0.3%), the city’s first monthly fall in 22 months, but prices rose more than 1 per cent in Canberra, Adelaide, Perth and Brisbane.

But CoreLogic’s Tim Lawless said the trend was for lower growth rates in these markets except Perth.

“With the RBA cash rate set to rise, potentially as early as 3 May, we are likely to see a further loss of momentum in housing conditions over the remainder of the year and into 2023,” he says.

“Stretched housing affordability, higher fixed-term mortgage rates, a rise in listing numbers across some cities, and lower consumer sentiment have been weighing on housing conditions over the past year.

In Canberra, the busy government sector, particularly in areas such as Defence, should continue to support housing demand.

The other significant factor affecting the housing market will be the return of migrants and international students.