Woman taken to hospital after car rolls on Ainslie Avenue 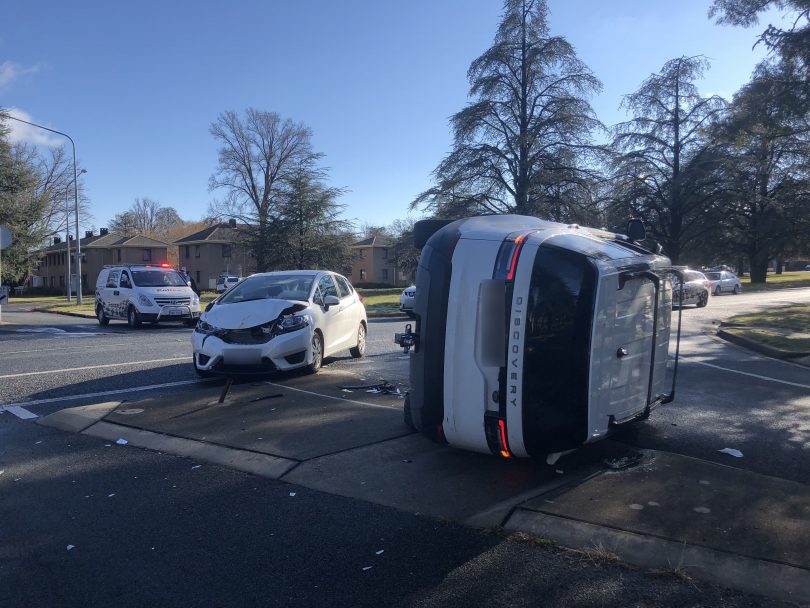 A woman in her 50s has been taken to hospital after a two-vehicle collision caused a car to roll onto its side on Ainslie Avenue on Friday morning (7 September).

At 7:38 am this morning, emergency services were called to a two-vehicle car collision on Ainslie Avenue.

An ESA spokeswoman said ACT Ambulance Service treated a woman in her 50s at the scene before transporting her to Calvary Hospital in a stable condition.

The accident caused heavy delays on Ainslie Avenue but the road was cleared shortly before 9 am. 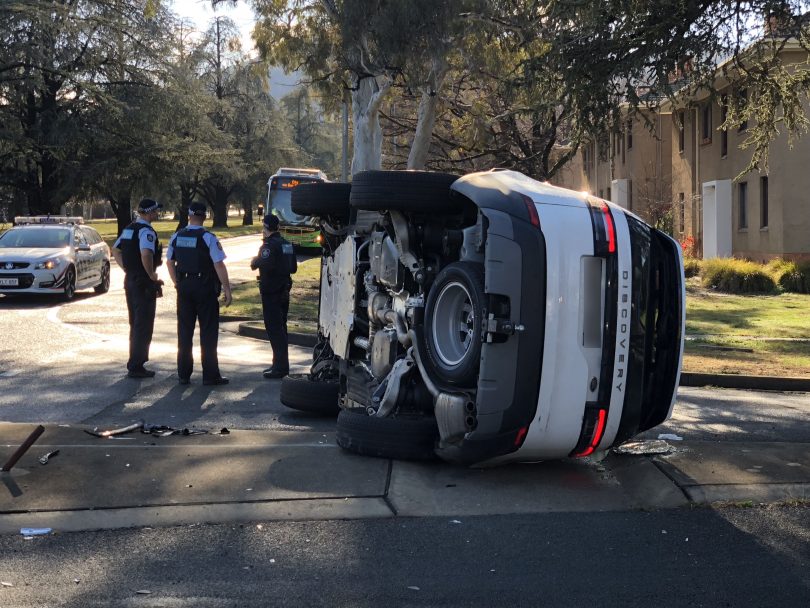 abdul mutawe - 14 minutes ago
Having performed building works for Mrs Liangis over past decades, I have to say she is very astute, capable and fair. And sh... View
News 124

Lyn Kemp - 30 minutes ago
Goodbye Zed, hopefully. You've done absolutely NOTHING for the ACT 😖😖 View
Capital Retro - 4 hours ago
"Climate change, gender equity, citizenship, refugee policy, economic and cultural renewal, and a First Nations Voice to Parl... View
Shane Carter - 4 hours ago
Who-da-thunk-it, the man who’s voted against the ACT having self governance. His seat under threat from the ACT calling him... View
Community 8

bikhet - 31 minutes ago
This seems to be your thing. Never knew the pluviometers were there. Is their output available on the web somewhere? I'm a bi... View
brendan eyers - 2 hours ago
Cool to know what the cubes are, though I've never noticed one. Worth a mention that there are a hundred or so pluviometers a... View
brendan eyers - 2 hours ago
They are called standpipes. Connected to mains water and used to collect water samples for testing. View
News 2

MERC600 - 37 minutes ago
Yep , full marks to the Raven. What I would like to know is what would you pay for a coffee to be delivered by this drone mob... View
Capital Retro - 2 hours ago
The next step is to equip the ravens with lasers. Death to all drones!... View
News 2

Cary Elliot Johnson - 5 hours ago
No, we aren't becoming more complacent, we are becoming more like the rest of the world..... Covid bearing. View
Lifestyle 4