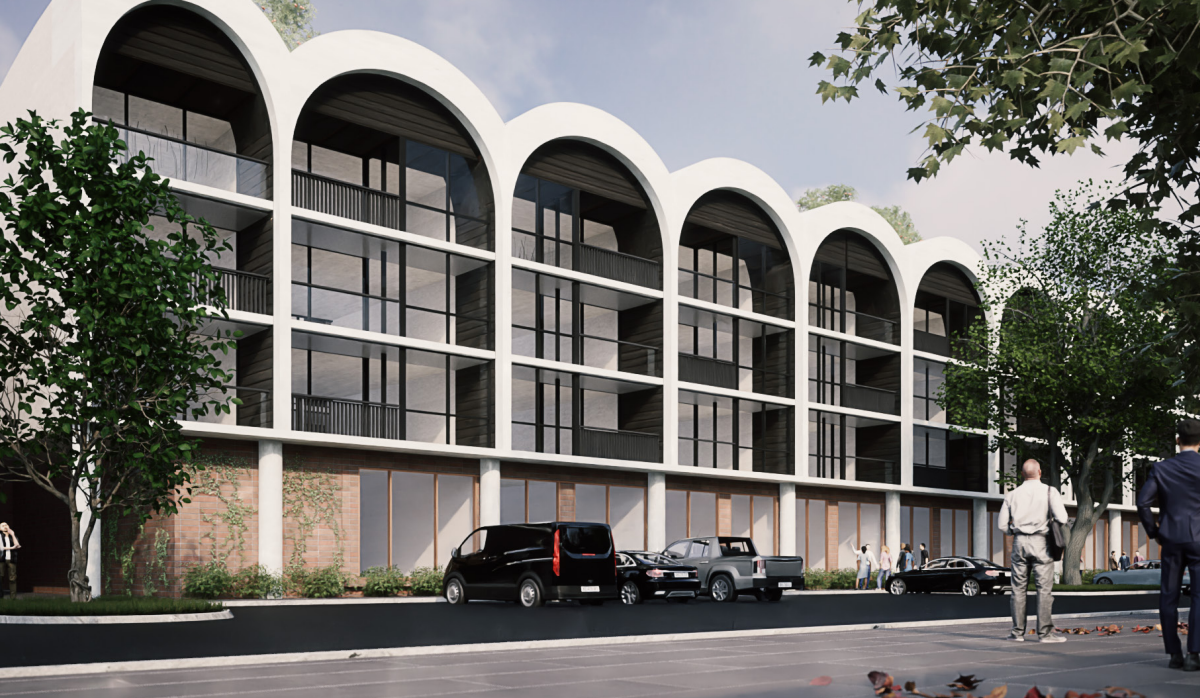 A proposed four-storey mixed-use development in the heart of old Kingston seeks to include a floor of serviced apartments below ground.

The 2508 square metre site is next to the Abode Kingston Hotel and zoned CZ2 – Business Zone, with a four-storey height limit.

Zapari is proposing two levels of commercial accommodation in the form of a guesthouse, hotel or serviced apartments on the ground floor and a lower ground or basement above two levels of basement parking.

According to the plans released by Purdon Planning as part of the pre-DA consultation, the commercial component would contain 54 units, most about 40 square metres in size, although a 75 sqm corner unit on the ground floor is on the drawing board.

The two levels are planned to be set back to allow suitable interaction at street level.

The ground floor would include a narrow strip courtyard along the Kennedy Street frontage, while at the rear, a similar strip stretches the length of a fewer number of units. 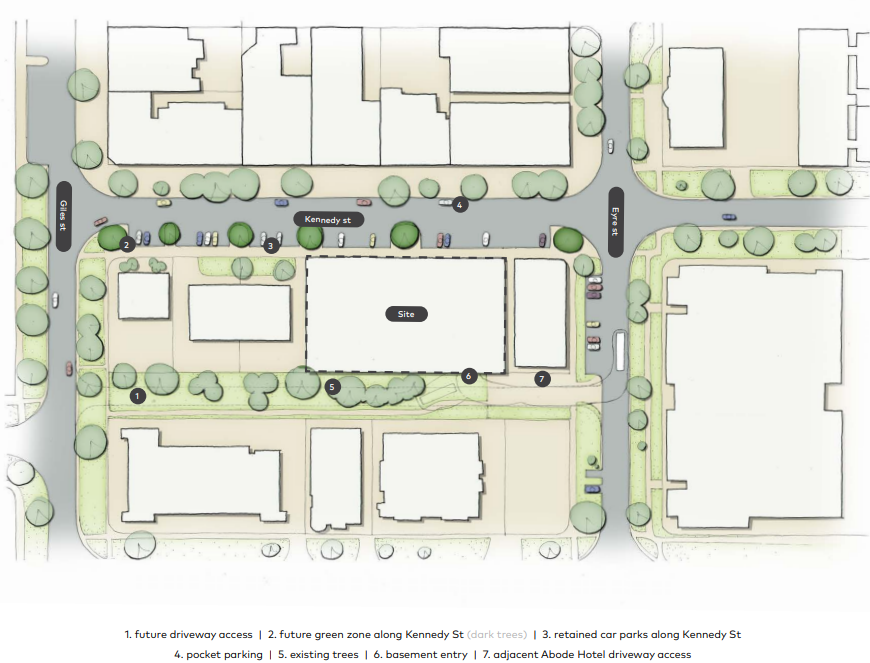 A rear corner of the ground floor would accommodate services, waste facilities and a loading dock, while in the middle of the building would be lifts, stairs and a number of voids.

Above it would be three levels of 59 residential apartments, ranging in size from 67 sqm to 123 sqm, and one to three bedrooms. Corner units would have 9 sqm winter gardens while the rest would have 7 sqm balconies.

These could be a build-to-rent operation or for sale as normal homes.

On the roof, a landscaped garden and outdoor dining area with barbecues and seating are planned.

The plans allocate 154 car spaces to the two levels of basement parking with access from a rear lane off Eyre Street to “minimise pedestrian and vehicle conflict and to reduce traffic impacts on Kennedy Street”. 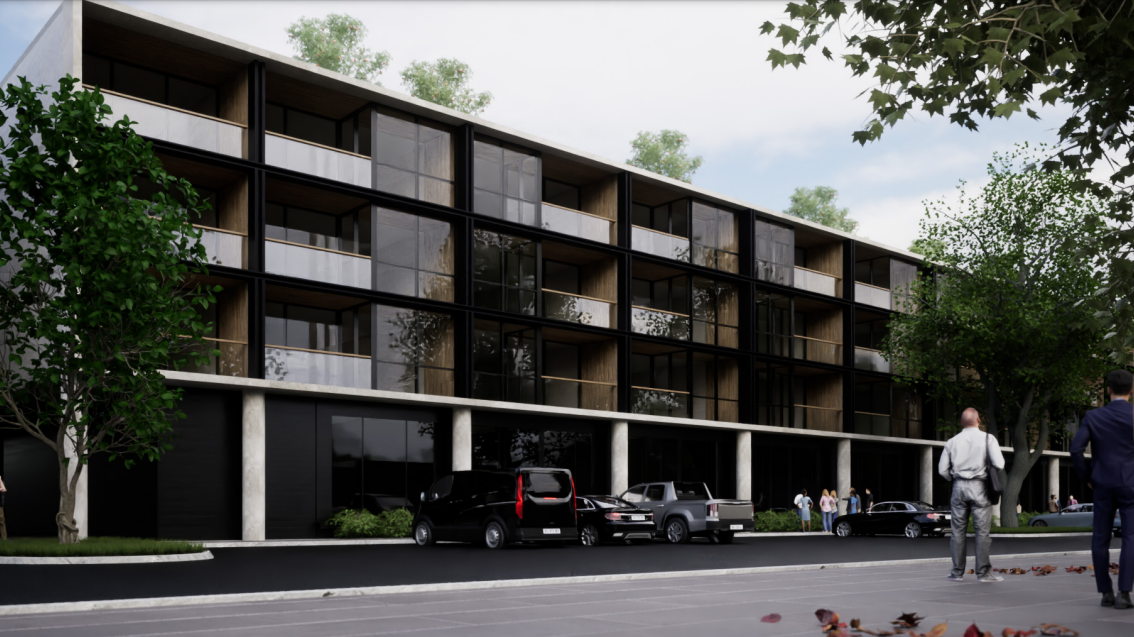 Additional public car spaces and street trees on Kennedy Street are planned to improve the streetscape.

Purdon says landscaping to the rear laneway will “rationalise” access and improve available green space within the Kingston Group Centre.

“The building will provide a strong address to both Kennedy Street and the rear laneway to generate activity throughout the site and surrounds,” it says.

Consultation is open until 3 February, and Purdon is aiming to lodge a DA by March.

To learn more and view the plans visit the project webpage at Purdon Planning.

Oh, I forgot to ask about the 30% tree canopy and how will any loss of canopy be compensated for? Kennedy Street is attractive for its trees and the shade and cooling they provide.

Is it now legal to have basement living areas in Canberra?

Bet there is no rule to say you can’t! Lack of sunlight no prob because it’s not residential. Will this be a ‘good planning outcome’ for the Chief Planner? How does this fit the 4 storey limit for that block – guess that means storeys above ground not total storeys other thn car parks.

Parking for every unit and a roof top garden, sounds good to me