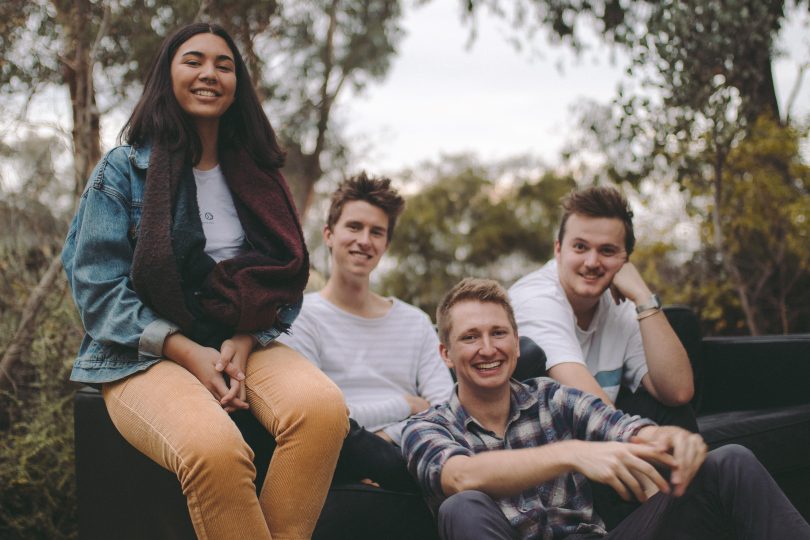 A last-minute university assignment is nothing new for students, but having 24-hours to learn and adapt a new song before being live-streamed to tens of thousands of people is a bit different.

But Canberra’s ARCHIE managed to do exactly that ahead of being selected to play with Lime Cordiale in a Facebook live session.

Over a couple of post-kebab schooners in a Canberra pub on a rainy Wednesday, the eclectic four-piece reflected on a pandemic-riddled live music scene which has thrown hundreds of artists in the deep end. While COVID-19 has been tough on the industry, it was opportunities like playing with Lime Cordiale that kept the band thinking positive, lead vocalist Grant told Region Media.

“It is very easy to be negative and nihilistic about the outlook of the scene but that is not how we roll. We have always been very positive and try to look at the brighter side,” he said.

“It is a rough time for the scene, no doubt, but with a beautiful, caring and nurturing scene like Canberra, there is no way we will ever stop.”

Stringing up over the all-too-familiar Zoom rooms that every worker came to love then hate, the four students tried to make the most of being sidelined from the stage to write new music and focus on themselves.

“Through COVID we have been not playing together as much but focused on recording and writing new tunes – it was tricky there for a while working out the ins and outs of our recording systems at home over Zoom,” drummer Xandy said, before Geromy – one of two guitarists – jumped in.

“Yeah, it has been pretty difficult to play stuff over Zoom because one person would play something and everyone else would have to stop to listen and you’d have to go around the circle and take turns whereas in a real jam in person you can do it instantly, but we made it work for a couple of tracks.

“We got pretty good at it.”

The band’s new single, ‘Running To’, featuring legendary Canberran saxophonist John Mackey from ANU’s School of Music, dropped today and has gone down a more ethereal and laid-back path than March’s ‘Blink’ release.

But following the studio release of their third single this weekend, ARCHIE will look to cement their place on the Australian stage. 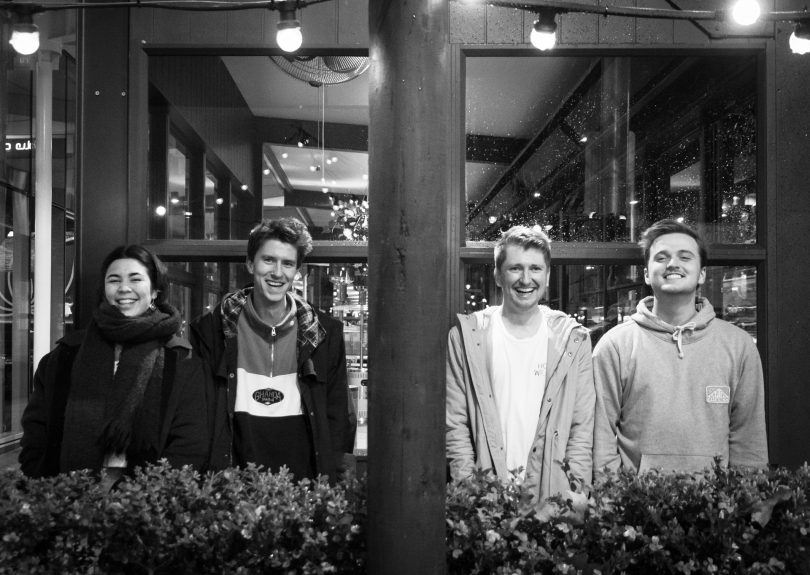 “Canberra is a really supportive place for us to have our music. We want to do Canberra proud in our next step if we want to try and branch out,” said bassist Liv.

“This is the last release of our introductory phase,” Grant added. “I feel like we are moving towards a space where we are displaying that we are here for real and that we want to make an impact on the scene and go further than Canberra.”

You can listen to the bands new single, ‘Running To’, on Spotify, or visit ARCHIE to find out more.

Dave N Ange Greer - 12 minutes ago
Why is there no comparable list of Queanbeyan region sports stars....? Also how many James Bonds have come from Wagga 🤣 View
Dong Wong - 43 minutes ago
look at the face on the dog hahaha View
Alan Byrne - 1 hour ago
Keni Kawaleva all day bra View
News 222

Julie Macklin - 23 minutes ago
Benjamañana Fergusunshine The neighbours on your southern side likely won't. View
Kelly McGrath - 56 minutes ago
Christine Young my mother and father inks got “free trees” from the govt 40 years ago! We now have the 2 biggest gum tree... View
James Vetos - 2 hours ago
Quite a few comments about price per tree. Does the total cost include the planting of the tree and ongoing follow ups to wat... View
Property 14

Clever Interrobang - 3 hours ago
It’s just politics, ending the lockdown or extending it will upset one group or another no matter what. It’s a delicate b... View
Clever Interrobang - 3 hours ago
The point of having inalienable rights is that they can’t be taken away by will of the mob. View
chewy14 - 4 hours ago
JC, Thanks for pointing out that the ACT is not following the National Plan. And no the ACT "plan" is not nearly the same as... View
Business 2

@The_RiotACT @The_RiotACT
One look at this week's newsletter and you'd think kangaroos had taken over Canberra... hop to it! Subscribe now for all the latest stories straight to your inbox https://t.co/XVdXBWjSeq (44 minutes ago)

@The_RiotACT @The_RiotACT
Planning is well underway for the inaugural 'Great #Queanbeyan Duck Race Festival' next April that will see thousands of rubber #ducks float down Queanbeyan #River to raise funds for local charities https://t.co/VWu1CC4RSv (2 hours ago)