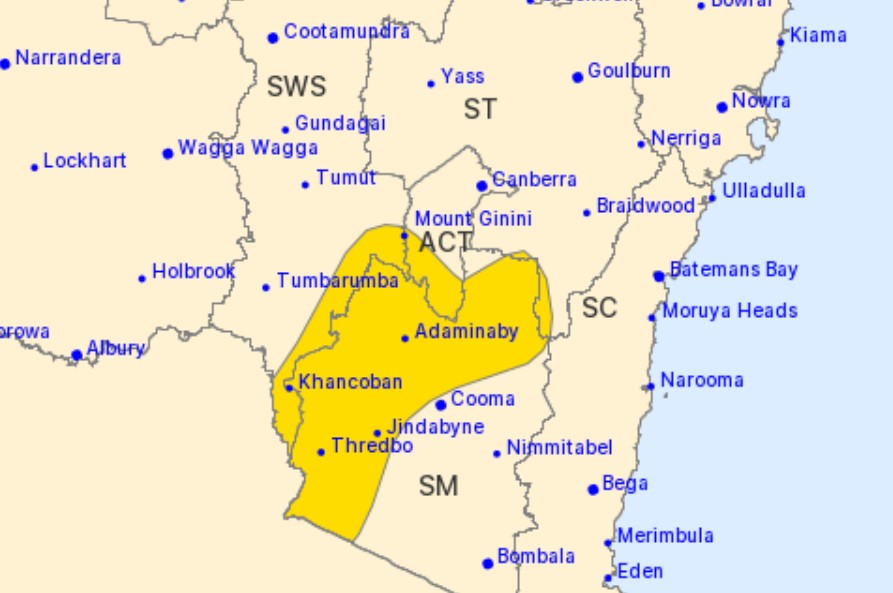 Vigorous north to north-westerly winds are forecast to blast the ACT and surrounding southern areas for the rest of Thursday (18 August).

The Bureau of Meteorology has issued a damaging winds warning for the ACT, Southern Tablelands and Snowy Mountains as a cold front makes its way to the region.

Weatherzone’s Anthony Sharwood said Canberra could expect a persistent spell of “blustery” and cool weather from now into the weekend.

“Adelaide, Melbourne, Hobart and Canberra, and everywhere in between, can expect a persistent spell of blustery, cool to cold, showery weather – with the first burst on Thursday into Friday morning, a second colder burst on Saturday, and the coldest outbreak of the period looking increasingly likely to arrive early next week,” he said.

“[As for snow], it’s probable that totals in the vicinity of 50 cm could accumulate at higher elevations by this time next week, and perhaps a little more.”