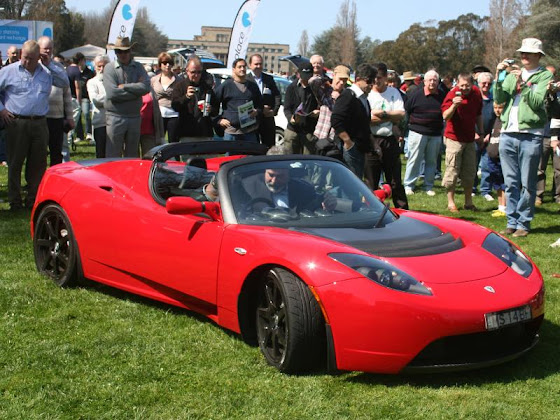 This weekend sees, on the lawns of Old parliament house, an Electric vehical festival.

Everything was there from the mega buck Tesla to the home brew electric bicycle. And of interest were a couple of 1917 Detroit Electrics. They were in excellent condition, a gentle reminder that electric vehicles aren’t really new, what is new though is the technology that goes with them. 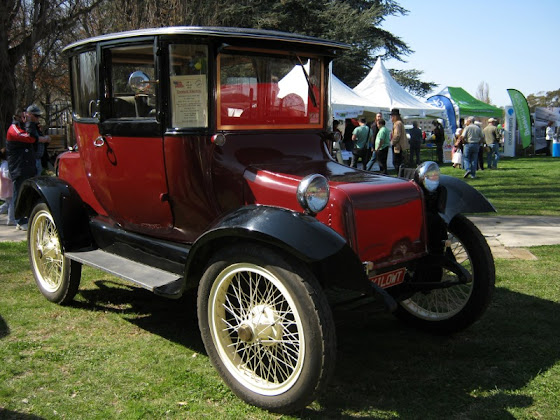 The show was opened by a Mr Andrew Wood from the Chief Minister’s office, and as a reward for performing this act, he was given a ride in the Tesla, that’s him in the passenger seat. Great looking car, I’d like one of them. (see top)

Interestingly, there were a number of home enthusiasts who had put a lot of time, effort and money into converting their vehicle to electric power. The VW had a note, “$3500, and a lot of blood sweat and tears”. 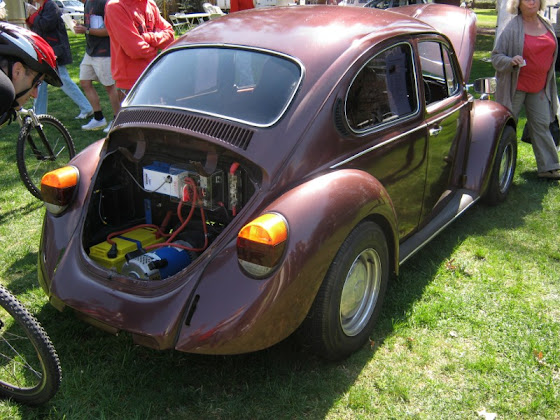 Paul Wayper, that’s him facing the camera, had a motorbike half converted, the rear wheel had been rebuilt to house a EneTrac 10 KW motor, not quite racing bike standard, but then again, as a number of enthusiasts pointed out, you don’t need racing car performance to take the kids to school and do the shopping. 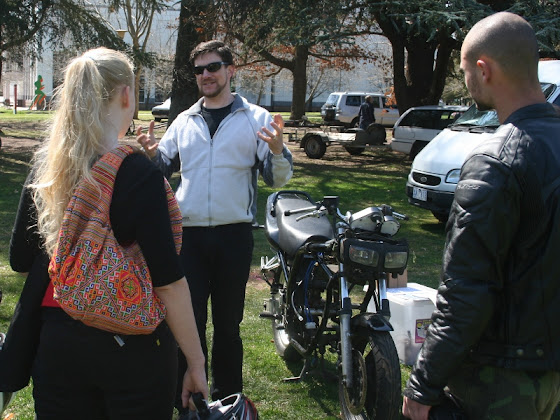 Worth the visit if you are into that sort of stuff. See also http://www.canberraev.org/ 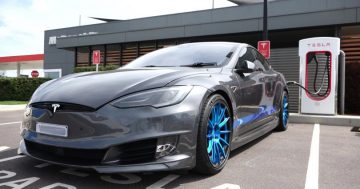 A day in the life of a Canberra Tesla owner 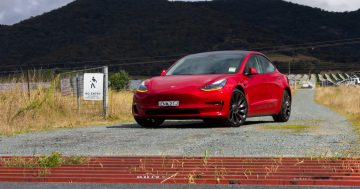 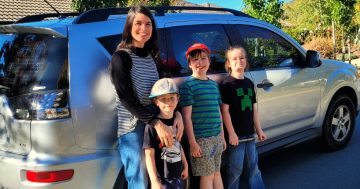 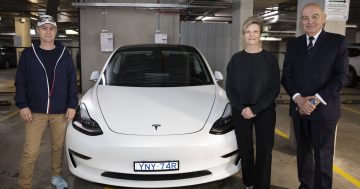 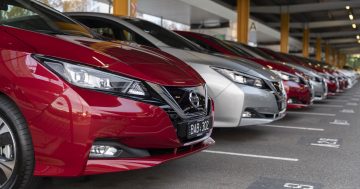