Let us take your development
to the next level.
4 April 2021 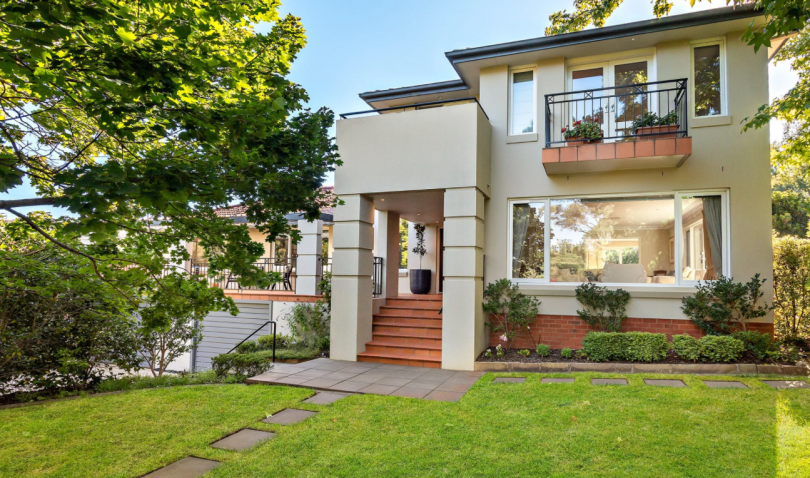 Canberra’s runaway housing market shows no sign of slowing down with home prices rising 2.8 per cent in March, fed by low interest rates and a lack of supply in stand-alone properties.

The March figure means that in the past year home prices have jumped 12 per cent to a median value of $727,032, according to the latest data from CoreLogic.

Half of that rise came in the first three months of this year.

The great bulk of the price surge is being fed by demand for houses which rose 3.3 per cent in March and almost 14 per cent for the year.

The median price for a house in Canberra now sits at nearly $820,000

Well presented properties are taking very little time to move as buyers snap up what they can before prices move again.

A five-bedroom house in Penrhyn Street, Red Hill topped the list with a hammer falling at $3.55 million, but prices of two other properties in Red Hill were withheld.

The next highest result was in nearby Narrabundah in Finnis Crescent at $2.41 million while sales exceeding the million-dollar mark were recorded across the city. 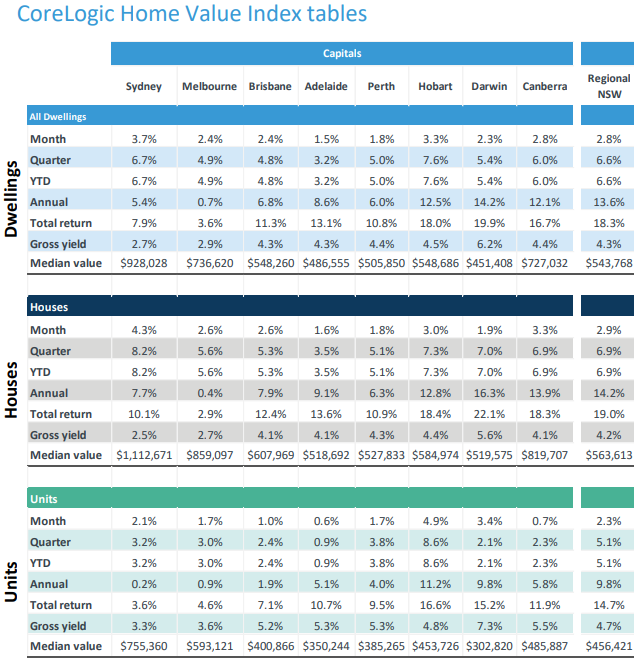 CoreLogic said that the national 2.8 per cent rise in March was the fastest monthly growth since October 1988.

Sydney and Melbourne have now staged a full recovery from earlier downturns and Canberra remains entrenched as the nation’s third most expensive city for housing.

Prices are also surging in Regional NSW where the rise for all dwellings was 2.8 per cent in March and 6.6 this year, and more than 13 per cent over the past 12 months.

Demand for units is stronger than in Canberra, but houses remain the focus with prices growing by 7 per cent so far this year and 14 per cent over the past 12 months.

This reflects an overall trend towards lower density living.

“The ratio of sales to new listings is tracking at around 1.1, implying for every new listing added to the market, 1.1 homes are sold. Such a rapid rate of absorption is keeping overall inventory levels low and adding to a sense of “fear of missing out” among buyers,” he said.

simple really. why cant these clowns do simple economics? supply-demand-$

What happened to the 190 hectare suburb of Thomson that was going to be built at Tuggeranong? That would have helped alleviate the demand for small block single dwelling sites that many people want.

Land release has stagnated and the government wonder why house and land prices have skyrocketed.

The government was convinced that Canberrans would want to live in units but how wrong they were.

The outcome is there is a massive surplus of unsold units and a dwindling supply of standalone houses. Supply and demand is what it is all about.