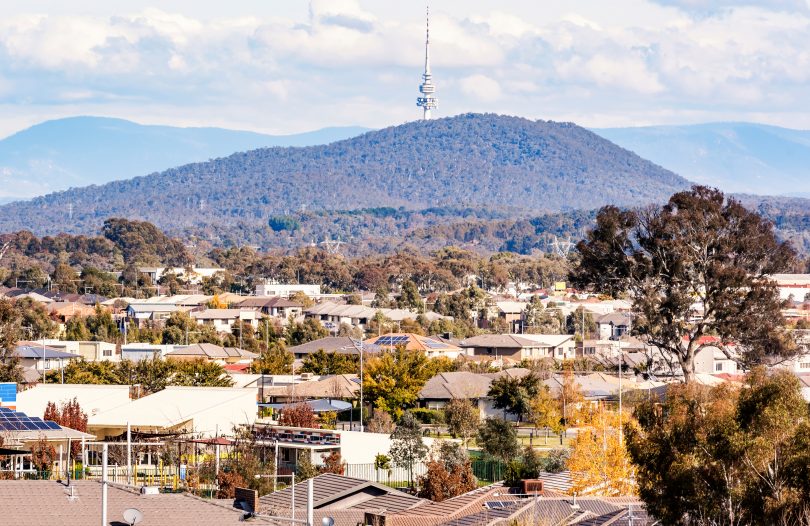 Owner occupiers and first home buyers look set to lead a surge of new growth in the Canberra housing market, with lending to both groups up amid rising demand for homes in the national capital.

According to the Housing Industry Association, ABS lending figures for December show the ACT enjoyed the biggest increase in loans made to owner occupiers for new housing, up 39.9 per cent on the previous month.

Overall, 890 loans were made to owner occupiers, up from 832 in November and 685 in September.

Of the 890 loans, 271 or 30.4 per cent were to first home buyers (excluding investors), the numbers of which, along with owner occupiers, have been rising since July.

At the same time, the number of investors in the market peaked in November at 329, falling to 298 in December. Property industry figures have reported a recent absence of investors in the Canberra market, suggesting many are looking elsewhere or putting their money into other investment types.

The Real Estate Institute of Australia expects that with the introduction of the Commonwealth First Home Loan Deposit Scheme in January there will be a pick up in the January figures as well.

But the HIA said the high level of first home buyer activity in the market at present reflects cyclical changes and it is concerned the tighter lending practices of the banks will be an impediment when owner occupiers and investors return.

“There is a risk that this will have an adverse impact on home ownership rates,” HIA Economist Angela Lillicrap said.

Meanwhile, the ACT is set for its strongest growth market in years, according to a new survey.

Terry Ryder, from hotspotting.com.au, said in the online Property Observer that latest analysis of sales activity and prices shows the number of suburbs with rising demand is the highest in the five years it has been conducting quarterly surveys.

“Our research also reveals good price performance, with two-thirds of Canberra suburbs delivering growth in their median house prices in the past 12 months. Of the 41 Canberra suburbs with growing house prices, 24 have increased more than 5 per cent in annual terms,” Mr Ryder said.

Gungahlin is one of the leaders among Canberra’s apartment markets. Photo: Region Media.

He said most suburbs are achieving price growth well above the generalised figures quoted by research firms (mostly 3-4 per cent for Canberra in the past year), particularly in the north.

“The surge in the number of locations where sales activity is rising suggests 2020 will be a year of above average price performance,” Mr Ryder said.

Rising markets in Belconnen include Dunlop, Florey, Giralang, Higgins, Holt and Melba. It also has several of the suburbs where median house prices have grown more than 5 per cent in the past 12 months, including Melba (11 per cent), Macquarie (8 per cent), Macgregor (7 per cent) and Latham (8 per cent).

Mr Ryder said leading Gungahlin suburbs for price growth include Crace (up 10 per cent), while the suburb of Gungahlin is one of the leaders among Canberra’s apartment markets, with the median unit price up 14 per cent.

In the Inner North, O’Connor was Canberra’s number one suburb for annual price growth, with the median house price up 20 per cent to $1.26 million.

In the south, Tuggeranong is an emerging market worth tracking, Mr Ryder said.

“With seven growth suburbs and seven others with consistent sales activity, it’s close behind the Belconnen district in terms of buyer demand. The rising markets include Banks, Bonython, Conder, Fadden, Kambah, Monash and Theodore,” he said.