Parched ACT's winter of extremes was warmer than average despite snow

It may not have felt like it but winter in the ACT was warmer than average, and the driest since 1982, according to the Bureau of Meteorology.

The lack of rain contributed to cold, frosty mornings, with a couple of fronts also bringing snow to higher parts of the ACT, notably on the weekend of 13 and 14 July when there were snow flurries in elevated suburbs and on 10 and 11 August when snow settled in many areas.

There were 45 nights below 0°C, which was close to the long-term average.

The warmest morning was on 22 August when the temperature did not drop below 9.0 °C, but the coldest morning was the next day with a 14 degree turnaround when it fell to -5.2 °C.

It was a parched winter for the ACT, as drought tightened its grip on many parts of Australia. It rained on just 28 days, four below the winter average, and total rainfall for Canberra Airport was only 40.8 mm, less than one-third of the long-term average.

For some sites with short records, such as Torrens (46.6mm) and Tuggeranong (43.4mm) this was the driest winter on record, beating last year’s records of 60.6mm and 54.6mm respectively.

Mt Ginini in the all-important catchment area recorded 156.4mm, just 59 per cent of the winter average of 265.6mm.

Senior Climatologist Blair Trewin said the longest dry spell was 11 days, which was not particularly noteworthy, but the rainfall total for winter (40.8mm) was the third lowest on record and the lowest since 1982.

He said daytime maximum temperatures in winter were definitely warming, by 1.0 to 1.5 degrees since 1960.

“Minimum temperatures in the broader region have warmed by about a degree since 1960, but at Canberra Airport itself this is disguised by the fact that the site moved to a colder location, away from a car park it used to be close to, in 2010,” he said.

Winter rainfall had also declined, as it had over much of south-east Australia, but with a lot of year-to-year variation.

Mr Trewin said the Indian Ocean off WA was cooler than average at the moment resulting in less moisture moving across the continent.

“We’ve actually had that set-up for the last couple of winters,” he said. “The drying trend is driven by the fact that the fronts are tending to be further south than they once were.”

There was also a marked warming in the atmosphere over the Antarctic, which is increasing the chances of hot and dry conditions in the ACT, NSW and Queensland.

Mr Trewin said the longer term trend was for a higher proportion of rainfall happening in summer instead of winter, increasing the likelihood of frosts in ACT winters despite warmer days overall.

He said that the drying trend had see the frequency of frosts level out or even increase over the last 20 or 30 years.

The thing that surprises me and the warm and dry weather so far this year, and its forecast continuation through spring, is that no one seems to be talking about water restrictions. Though our dam levels are OK at the moment there can be no expectation that that will continue.

Remembering the last drought, my thoughts would be to start conversation early rather than wait for the problem to arise.

I have never experienced such a warm winter in Canberra. Had the heater on much less than last year. Also some plants in the garden haven’t been knocked back by the frosts as in previous years. My Hardenbergia is one such plant. This is the first year it has flowered, as in previous years the frost killed all of the plant above ground. But much less severe frosts this year.

“There were 45 nights below 0°C, which was close to the long-term average.
Mean minimum temperatures were generally below the winter average, particularly in June and August …………”

Ignore this – the narrative is about global warming only.

What was the mean minimum temperature, this is the important question…as this winter felt constantly cold due to lack of rain! It does say it was also lower than average! 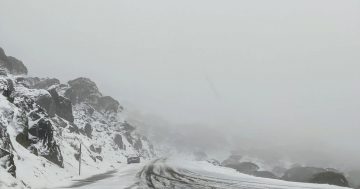