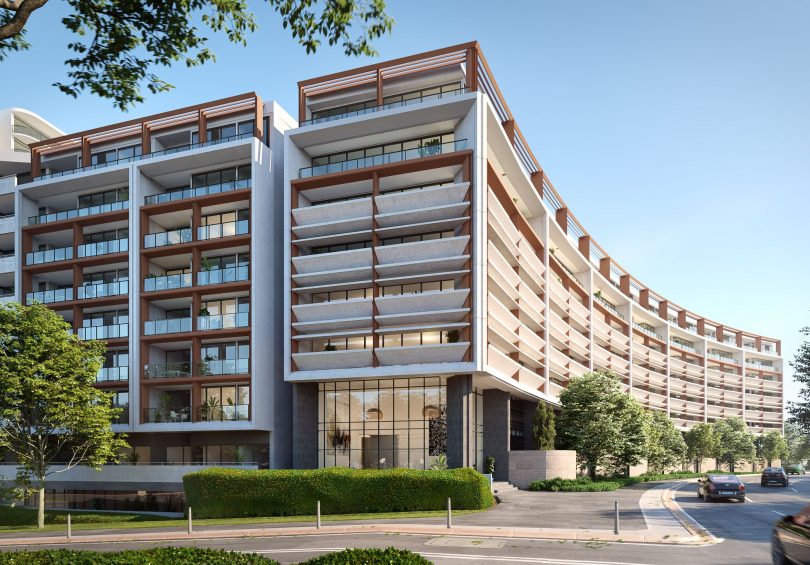 The Morris Property Group’s been given a green light from the National Capital Authority to start work on the ‘Barracks’ project at One City Hill, meaning city workers can expect changes to the surface car park south of the Law Courts.

Signs advising motorists of the upcoming changes have been installed at the car park on Section 100 (formerly Section 63).

One City Hill is the first of four stages planned for the block which will transform a 2.6-hectare site formerly used as a car park into a major mixed-use precinct including a public car parking station for 750 cars.

The site, which Morris Property Group bought for $85 million in 2018, has been the subject of a lengthy Works Approval process, with stakeholders from the National Capital Authority and ACT Government reviewing the plans and providing input into the final design.

The One City Hill works will take place at the same time as the construction of the Edinburgh Avenue extension between London Circuit and Vernon Circle, a key infrastructure project for the ACT Government that will contribute to Stage 2 of light rail through City West to Commonwealth Park.

MPG director James Morris said preliminary works to the site will see the upgrade and re-arrangement of the existing car parking areas to allow two separate public car parking areas on either side of the Edinburgh Avenue extension.

“Some disruptions to the daily parker’s usual routine is unfortunately inevitable; however, we hope this inconvenience will be offset by what will become a truly special precinct at its completion,” Mr Morris said.

An NCA Works Approval for One City Hill was received on 28 September. The project, designed by world-renowned architects fjmt studio, will feature 325 residential apartments over seven levels, three basements of car parking and ground-floor retail.

The podium amenities will include a swimming pool, residents’ gym, residents’ theatre and extensive landscaped gardens and recreation space.

Mr Morris said the apartment mix was mainly targeted at owner-occupiers with about three-quarters of the building having two and three-bedroom floorplans with the privacy of boutique living. 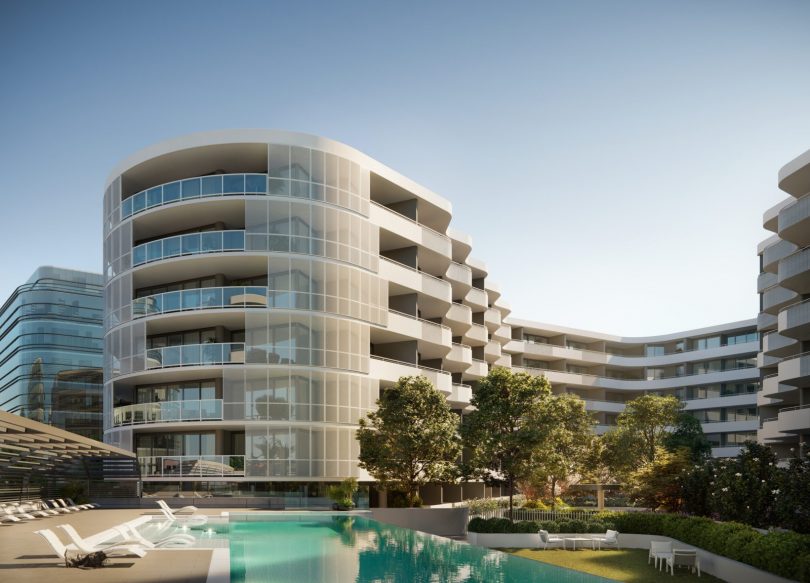 One City Hill: apartment mix was mainly targeted at owner-occupiers with about three-quarters of the building having two and three-bedroom floor plans.

Knowles Place will be extended from the Supreme Court through to the new Edinburgh Avenue extension, and the shopping precinct will address the newly constructed Knowles Place extension.

The site is seen as a key urban town planning outcome for Canberra, having sat dormant for many years after unsuccessful attempts by the previous owners to achieve a suitable approval and commence works.

“The site will link to the hugely popular New Acton to the city centre with the second stage of the light rail coming past the site on London Circuit in future years,” Mr Morris said.

The 40-year-old family company has recently come under scrutiny regarding building defects to a previous project known as Kingston Place but Mr Morris said this was an isolated incident and not a true reflection of its capability.

“We pride ourselves on the delivery of quality buildings. None of the consultants or subcontractors involved in that matter are engaged on our current or future projects,” he said.

Mr Morris said the company was committed to finding a resolution at Kingston Place but it was still to hear from the Registrar or the Owners Corporation to allow it to access the site for inspection and to provide its own independent advice.

The matter is listed for hearing in the Supreme Court in February 2020.

Construction of One City Hill is expected to be completed in the second quarter of 2022.

They shouldn’t be allowed to start till they sort the utter mess out in Kingston in my honest opinion. It is a disgrace how they are dodging their way around that, and hopefully the Supreme Court finally will force them to do what they should be doing to rectify the issue.

Approval of this development sets a precedent for the size, density and quality of buildings the NCA and ACT will accept/encourage at City Hill in line of site of Parliament House and on the very edge of the Parliamentary triangle. I made a submission to the NCA during the limited works approval public input timeline pointing out the many shortcomings of this development, including traffic congestion, encroachment on the vistas to City Hill , zero boundaries, it’s incompatibility with the National Capital Plan etc etc. Although I support light rail, it will only add to the future congestion at the London Circuit Edinburgh Ave intersection and I cannot see how it will fit. The NCA, the City Renewal Authority, ACTPLA, the ACT architect and the Morris Property Group should all be required to demonstrate how they overcame the manifest obvious shortcomings of the original proposal. Or do developers still call all the shots in urban planning in Canberra? The Western side of City Hill is now destined to become a wedding cake of buildings looking in on a park surrounded by congested London Circuit, Vernon Circle, Edinburgh Ave, Parkes Way and Commonwealth Avenue, with light rail in the mix.