I am not one to bang the law and order drum. I believe that if there is a viable alternative to prison that might salvage a life, then it should be explored.

But it’s hard not to sympathise with the parents of 27-year-old stabbing victim Frankie Prineas, whose murderer will be able to walk free from jail in just nine years if he manages to behave himself.

Jayscen Anthony Newby, also 27, stabbed Prineas 37 times in a callous and chilling attack because he started a relationship with a woman Newby once knew, blaming her behaviour for provoking him.

When his mother told him about the murder after hearing a report on the radio, he laughed, saying, “It’s hilarious”.

Sending someone to jail is no laughing matter, especially for lengthy terms that, in effect, take away someone’s life.

But when a life is taken so deliberately and viciously, the community expects that a sentence reflects the seriousness of the crime and that it be protected from an individual who has proved himself a danger to society.

Chief Justice Helen Murrell jailed Newby, who has been in custody since January 2020, for 20 years with a 10-year non-parole period, meaning he could be released in January 2030.

She acknowledged he had had a hard upbringing, including being raised around controlling and violent men and was socially isolated as a child. But she found no remorse for what he had done and said Newby’s claim that he had been provoked into committing the murder was “outrageous”.

For Prineas’s shocked parents, the hell they are going through is not something they would want other parents to experience.

If Newby walks in nine years, he will still be a young man at 36. Will he undergo an epiphany inside or simply become even more hardened and pose a threat to whomever he forms a relationship with? 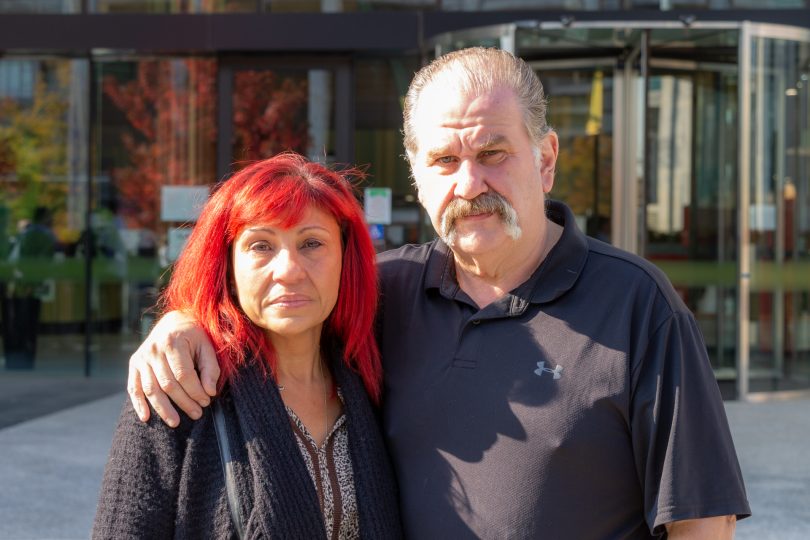 The evidence suggests that he became the man he is today as a child, lacking empathy and having a problem with women.

It’s a wonder the woman involved in this case did not suffer a similar fate to Frankie.

To expect redemption from such a man in only nine years would be highly optimistic.

The sentence is a roll of the dice that gambles with the safety of the ACT community and is disproportionate to the crime.

For many, it reinforces the impression that criminals in this jurisdiction have a greater chance of receiving more lenient sentences than elsewhere.

I suppose we should be grateful for the conviction. For a time, it seemed impossible to make a murder charge stick in the ACT.

The Director of Public Prosecutions should appeal the sentence.

Why are comments for the new article turned off??
Why isn’t the defence comments stating that the offenders ex-partner had provoked the killer by dating people when the offender told her not too having any traction in the news about how disgusting court hearings can be?

Pleased to advise today the DPP are challenging the courts
decision ..
“” in documents recently filed with the ACT Court of Appeal, prosecutors claim Newby’s overall sentence and non-parole period are “manifestly inadequate”.

RiotActs Ian Bushnell was right on the money.

It will be interesting to see what the The Director of Public Prosecutions may do.

The DPP may appeal against a sentence imposed if the DPP considers there is an error in the sentence or that it is ‘manifestly inadequate’, or if the DPP is satisfied an appeal should be brought in the public interest.
Our DPP is rarely in the news re a appeal.

For the sake of the Prineas Family I hope there is an appeal, and it is successful.

I wholeheartedly agree with you. The magistrates and judges have little accountability for their actions, but should.

In saying that, I have had past comments not posted by the moderator/s of RA because I believe the decisions our judges and magistrates make do not reflect what the greater community expects – I doubt this comment will get a run either.