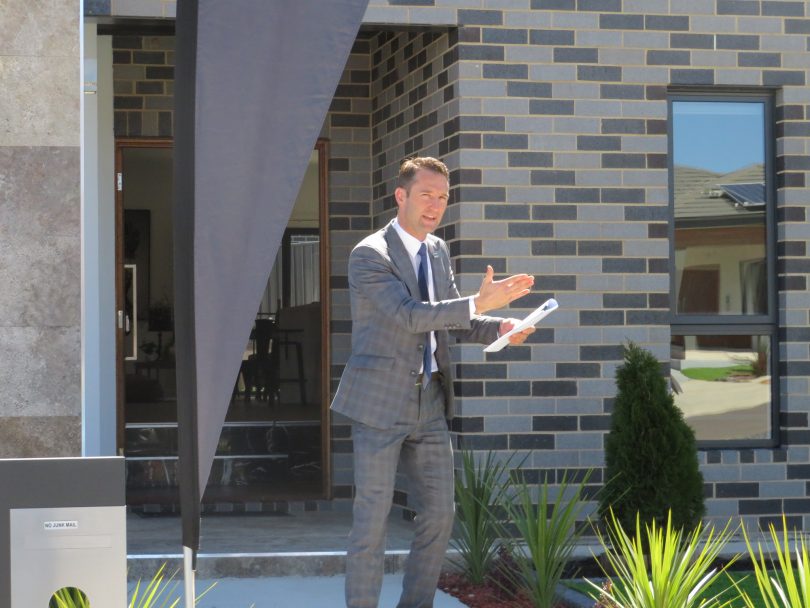 Canberra is one of four capital cities where home values have surged into record territory, according to the latest figures from CoreLogic.

Home values in Canberra increased by 0.3 per cent in January, 2 per cent in the quarter, and 3.1 per cent over the year, driven mainly by demand for freestanding houses.

Houses remain at a premium, particularly at the higher end of the market where the main increases have occurred.

CoreLogic says across the capitals, the strongest gains continue to be recorded across properties in the upper quartile value range where values rose by 1.2 per cent in January, compared with a 0.2 per cent rise across the lower quartile.

The research says a stronger performance across the more expensive end of the market comes after a larger correction during the downturn, but may also reflect a rise in borrowing capacity following the changes from APRA in July last year, as well as the dominance of owner occupier buyers (rather than investors) through the recovery phase to date.

In Canberra, the lack of investors in the market is affecting rental property supply and keeping rents high, with housing finance data showing investor participation nationally at near record lows.

Canberra was relatively insulated from the 2017 correction and after a winter dip last year prices have grown steadily to be at record levels, supported by population growth and the ACT’s strong economy.

“A big test for the market will be advertised supply levels. As the market moves out of the festive season slow down, we are expecting more home owners to take advantage of the strong selling conditions and recovery in housing prices,” says CoreLogic Head of Research Tim Lawless.

“Advertised listing numbers remained below average through most of 2019. We’re expecting the number of homes available for sale to also rise in 2020, which may result in a wider range of choice.”

Over a year since this story and it’s only got much more expensive. Over 20% in a year. Even if it falls it won’t fall that much in any hurry.

The regular weekend auction reports in the Sunday Canberra Times confirm that Canberra home prices are rising and is often stated that “young couples with children” are the successful bidders on homes which are selling for around $900K.

Being a baby boomer and being constantly referred to as one of the demographic that are forcing house prices up and denying young people the “right” to home ownership, I am pleased to read these reports in the CT.

Allison Roesler-Vannan gotta get in quick!