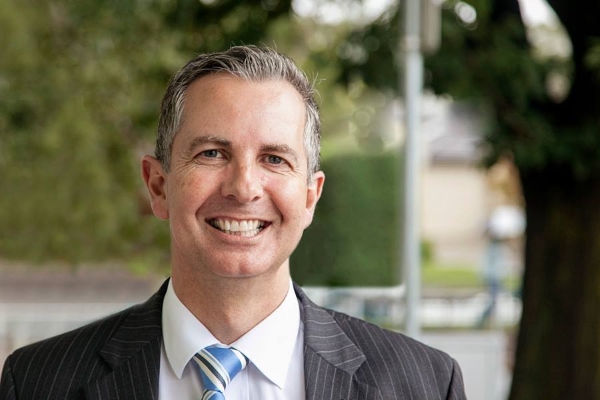 A number of Liberals had posted anti-Light Rail material on their social media feeds that didn’t include any party attribution on the images. This led to confusion over the rules governing material shared on social media and the Electoral Commission’s outdated policies on this.

ACT Electoral Commissioner Phil Green wrote to Opposition Leader Jeremy Hanson and his Liberal MLA colleagues Nicole Lawder and Giulia Jones warning them that the images must include an authorising statement within the image itself. “It was feared that if the image was posted by a politician but shared by others, it would no longer be clear where the content had originated.”

Damien Haas, the chairman of ACT Light Rail, had originally brought the matter to the attention of the Electoral Commission, and received this reply from them: Mr Green wrote to the ACT Liberals again on Friday to advise that an authorising statement was not necessary for material shared on social media, as long as it was clear who had originally posted the image itself.

“For example, if Mr Hanson were to post an anti-light rail graphic on his Facebook page, and others shared it, it would still be clear that Mr Hanson was the original poster, and that he was doing so in his capacity as a member of the Legislative Assembly.”

This seems like a commonsense decision by the Electoral Commission but serves to highlight how much social media has changed the rules when it comes to political campaigning.

Alan Wilson - 1 hour ago
Why introduce vaccinations for the over-50s at this stage when the over-70s - a higher priority group - are still struggling... View
Community 3

chewy14 - 2 hours ago
You're still not getting it. Large scale renewable energy (wind and solar PV) is now cheaper than fossil fuels without any su... View
News 9

Matthew Soall - 3 hours ago
Maybe ANU should be more focused on teaching students then running the place like a business. View
Capital Retro - 3 hours ago
The alarm bells are ringing now: https://www.abc.net.au/news/2021-04-23/anu-unveils-162-million-budget-deficit-due-to-covid-1... View
David Hennessy - 4 hours ago
Can’t imagine this ending other than positive View
Opinion 63

Peter Brierley - 3 hours ago
If I have to follow ALL the rules to drive my car (on the road) then why are these SAME rules not applied to ALL other road u... View
nerdfrenzy - 3 hours ago
I use a scooter to commute to and from work everyday. I'm always aware of people sharing the bike paths that I use. I do find... View
Jaeme Ogilvie - 3 hours ago
Escooter owners are not a problem as rule, I think its super important they are not grouped in here. Unfortunately there seem... View
News 5

Brisal - 5 hours ago
Then you stop and fix it. It isn't difficult. View
News 15

Lea Powell - 7 hours ago
Jenny McInnes excuse me? How many families who are not on low incomes in this country receive welfare and numerous handouts t... View
Betty Meiksa - 7 hours ago
Jenny McInnes I am sure many will be willing to move but I think they should also be given the choice to choose. Overall, I b... View
show more show less
*Results are based on activity within last 7 days

@The_RiotACT @The_RiotACT
If you haven't been able to reserve a seat at the National Ceremony and Dawn Service at the @AWMemorial, here's where you can still commemorate Anzac Day in the capital region https://t.co/Wq8WJO8byK (35 minutes ago)