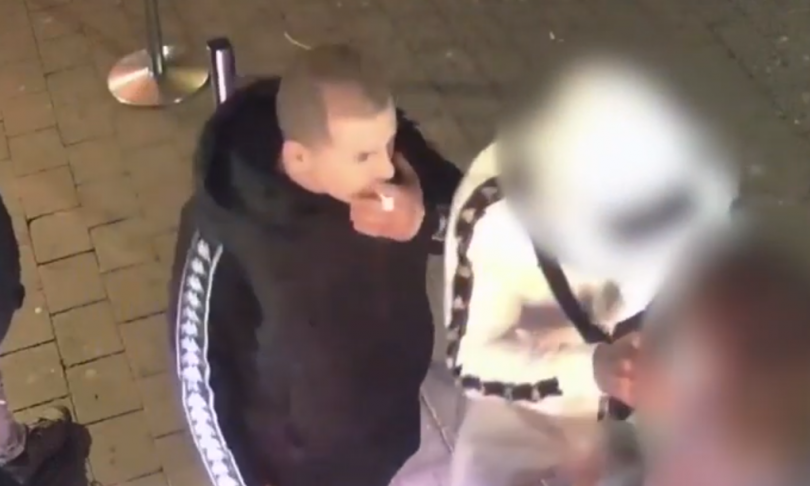 Do you know this man? Screen grab from CCTV footage.

Police have released CCTV footage of the two men involved in an assault outside a Civic nightclub early on Sunday morning (23 June).

Around 4:40 am, two men allegedly assaulted another person outside Cube nightclub. Police have charged a 24-year-old man from Conder with affray and are calling for witnesses of the incident so they can identify the second offender, seen in the video below.

Anyone who may have any information that could assist police is urged to contact Crime Stoppers on 1800 333 000, or via the Crime Stoppers ACT website.

Paul Morshead - 3 minutes ago
Graeme McLennan you finally made a “list” View
Troy Scott - 1 hour ago
I think I will boogs I was pretty good at it at 7 View
Steve Hugler - 4 hours ago
Troy Scott there’s still time for you to make a shot put comeback mate. 3 years and you could be at the Olympics!... View
Community 37

Coral Alexander - 13 minutes ago
Charlotte Ellen yuuus as if you could miss it. Paola Leon you in?... View
Caroline Le Couteur - 2 hours ago
Please don't release a heap of plastic rubbish. We have enough problems.... View
Tracy Parker - 3 hours ago
Perth do a duck derby every year where around 15000 are released, they re use them and collect them all at the end of the eve... View
Sport 19

Dave Horsley - 16 minutes ago
How would a club like Penrith convince quality players to travel 6+ hours every week plus training when they could just join... View
Sione Nonehh Taufui - 34 minutes ago
Sione Taufui ouaaa 😂😂😂 party party... View
News 238

Lucy Doan - 16 minutes ago
Pls plant trees like those in inner North or inner South, do not convert new suburbs into Belconnen-style please! View
Jarrad Job - 2 hours ago
Doug Hovi Have to replace all the trees they cut down to make room for all the solar farms in the future🤣... View
Robert Woodrow - 3 hours ago
Tahlia Bruce or possibly not .... View
Lifestyle 30