An accident in Isabella Plains on Thursday has taken a tragic turn. Photo: File.

ACT Policing has confirmed the death of a 78-year-old woman following a two-vehicle collision on Thursday (25 February) in Isabella Plains.

The driver suffered serious head injuries in the accident, which took place when a Nissan Pulsar and Ford Ranger collided at the intersection of Drakeford Drive and Noorooma Street at about 8:50 pm.

Emergency services were called and the 78-year-old driver of the Nissan Pulsar was extracted from her vehicle. Emergency first aid was provided and ACT Ambulance Service paramedics transported the woman to hospital.

She was assessed at the hospital as having suffered a non-survivable head injury. Police said this morning that, sadly, she died on Friday night.

The other driver was assessed by ACT Ambulance Service paramedics and transported to hospital.

The woman’s death is the third fatality on ACT roads this year.

Road Policing’s Major Collision Team attended the scene and will investigate the circumstances of the accident. A report will be prepared for the coroner. 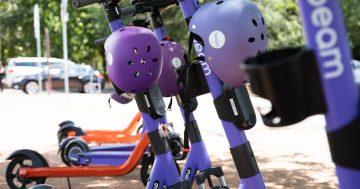